In the News: Global Change vs. the Economy

Obama has hit the ground running. He has already managed to get praise and piss off people in one fell swoop. He recently proposed changes to the way the auto industry makes their cars to make them more environmentally friendly (AKA green). To do this the auto industry would need to make billions of dollars in changes in an already weakened, possibly dying industry.

Now here is where we have the problem. The auto industry in the first place is one of the most corrupt industries in America today. Chopping off the head may be the only way to save them. They made this blatantly clear when they all flew to DC in their private jets to asks for money from congress. The money from the flight alone could have been used to pay several employees for years, not to mention the cost of just maintaining the jets to be ready on a moments notice. I am all in favor of just letting them sort it out themselves. But the problem again is the American people. For the most part they did nothing wrong but they are the one's getting punished. Even with all the money Congress gave to the auto giants they are still laying off tons of people (I'm sure so they don't have to lose as much, better them than us). And they are still in threats of failure. What did the hard working line worker do to deserve this? It is probably all his fault to end up in a declining job market and be put on the butcher's block because some individuals desire to do whatever they please.

But if they fail, others will. We are a country and a society that is built upon itself, so much so that like Jenga, if you take out the wrong block, the whole thing could fail. I was just told that if AIG went under, then I would not have been able to come into work since they supply my company's insurance. It's insane that a company I had nothing to do with would hinder my being able to get a paycheck. The same could be said for almost all the mega-companies. Unfortunately they need to stay afloat - but at what cost to the "little man"?

To finish, I can just say that I commend Obama for enforcing greater restrictions, unfortunately it may be at an inopportune time. And I can say for certain, I will likely never buy an American car again, at least not until they clean up their act.
Posted by Jim L. at 3:46 PM No comments:

Email ThisBlogThis!Share to TwitterShare to FacebookShare to Pinterest
Labels: environment, global warming, In the News

This image comes courtesy of my mom, who purchased this soap embedded with a dinosaur. It reminded me so much of a bug in amber I had to take a picture of it. This was also the inspiration for my Dino Pic of the Week that I have been doing and I finally got the chance to put this one up. 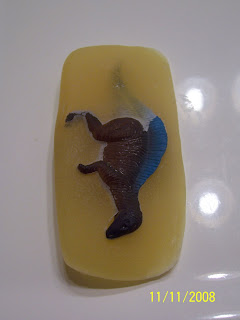 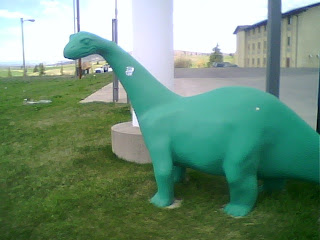 This is great. I found him on my move out to Salt Lake City back in May (08'). Apparently some of the Sinclair gas stations (which uses an Apatosaurus as its logo) have these little guys sitting out in front.
Posted by Jim L. at 3:45 PM No comments:

Although this was just mentioned in the Geo-Paleo blog section I thought it pertinent to install it here as well. 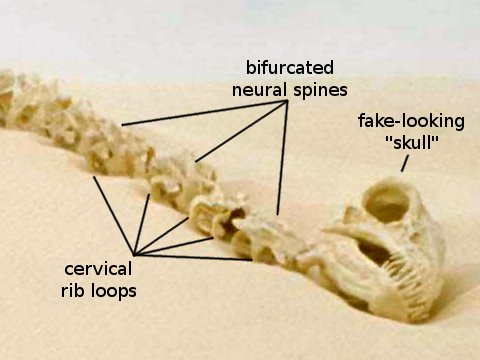 I found a website called "Sauropod Vertebra Picture of the Week" and they did a blog specifically on Star Wars. In particular the Krayt Dragon seen above. The skeleton was seen in the background of A New Hope when C-3PO landed on Tatooine.
Posted by Jim L. at 9:49 PM No comments: