The effects that earthquakes have on the ground, and the buildings built upon it, all depends on the ground material. Bedrock will usually move as one solid object and sediment and mud will shake like Jell-O. The reason for this is a term called liquefaction.

Liquefaction means that when shaken, unconsolidated sediments have a tendency to act more like a viscous liquid, due to water content and the fact that the individual particles are not cemented together. This means that the ground will often move around and wobble back and forth, very similar to a bowl of Jell-O that has been shaken. So in my demonstration I wanted to show my students the differences between the two substratums (rock and sediment). 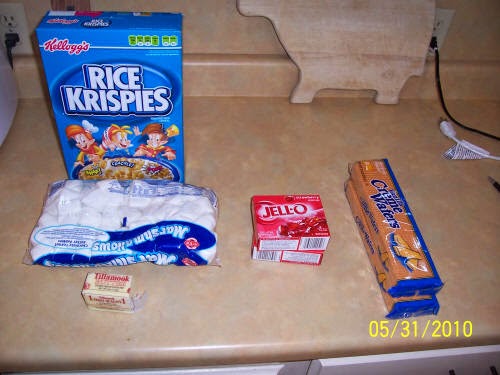 For the consolidated sediment I used Rice Krispy Treats because the marshmallow acts similar to the binding agents in most sedimentary rocks. Jell-O, obviously, became my substratum for the unconsolidated sediments. For building materials I looked around for a while and my wife came up with the idea of cutting sugar wafers into little bricks and building little buildings with them.

Step 1: Make the bedrock. Make the Rice Krispy Treats as you normally would, following the directions on the side of the box. Then lay them out in a rather thin pan. I used a 13x9” pan. 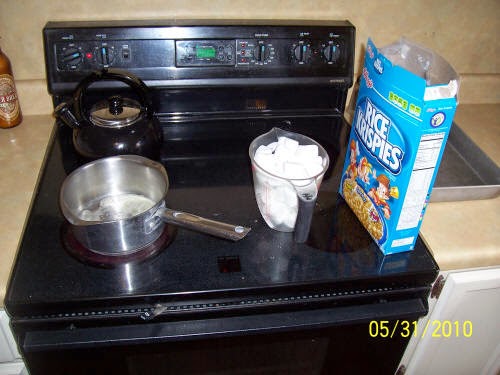 Step 2: Make the unconsolidated sediment. I followed the directions for normal Jell-O on the box (quick set method) but you may want to make it like the Jigglers, which involve less water and make the Jell-O a little harder. I then set this out in a thin pan about the same size as the Rice Krispy Treat pan. You want the layer to be thin to mimic a layer of sediment. 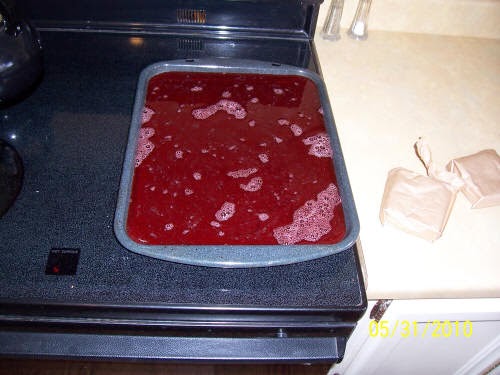 Step 3: Cut up the sugar wafers into little square bricks. Then proceed to stack the bricks on each of the surfaces. I made three different building heights. They were three, four, and five bricks high set up as a square with four bricks on each level. On the Jell-O surface I found it easier to use two long bricks on the bottom to add extra support, but then I built up the remaining bricks similar the Rice Krispy Treat bricks. 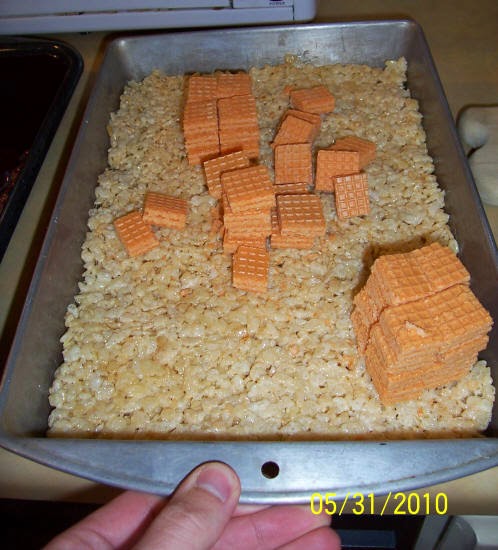 Step 4. The next step was to shake both pans. I usually shake the bedrock pan lightly and increase in strength until the largest building falls down. I find that it actually takes quite a bit of work to get one of them to fall over. 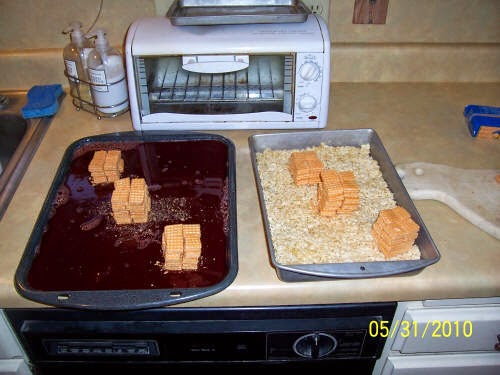 Step 5. Then shake the Jell-O tray with an equal amount of force and time (as best as you can) as the Rice Crispy tray. Almost all of the buildings should fall down. 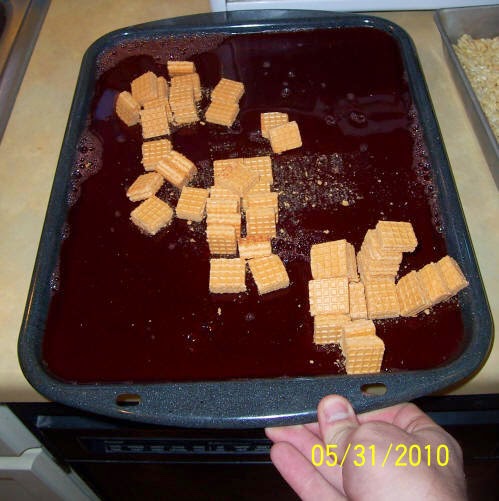 Step 6. Show the two comparisons side by side. This should give a good demonstration indicating the effect of similar size earthquakes on two different subsurfaces. The students also get a nice snack at the end. Although I found that the bricks absorbed the moisture from the Jell-O rather easily and made them a bit soggy. 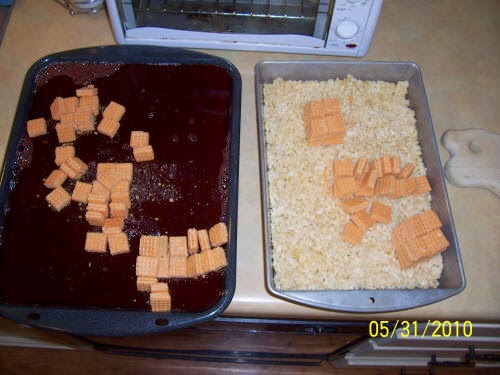 You can check out other Out of The Box teaching ideas as well as a downloadable pdf of this one at my website by clicking the link.
at August 17, 2010

Email ThisBlogThis!Share to TwitterShare to FacebookShare to Pinterest
Labels: Earthquakes, Food Science, Jello, Out of the Box, Rice Crispies