I have been meaning to start a new series where I describe certain attributes in geology, and what I am working on in particular, in a new series called What are Wednesdays. The first entry in this group is called What are .... Trace Fossils? I picked this topic because this is what I am working on and basically it is the easiest for me to write up. This won't be a weekly series but one that comes up from time to time as I find interesting things to write about. If you have anything you would like me to write about please feel free to email me or place it in the comments.

So on to the topic, What are Trace Fossils? Trace fossils are not like your typical fossil. They are basically what an animal creates as it does stuff. Stuff can include walking, burrowing, sitting, eating, living, etc. Whenever an animal interacts with the world around it, it leaves evidence, a trace if you will. These traces are what I study. They are not the actual animal but sometimes are found in association with the animal. The easiest way to visualize this that I can think of is with footprints in the snow (as seen below). Footprints are the most basic type of trace fossil. They illustrate locomotion of an organism, whether it is a human, a rabbit, an insect, or anything in between. 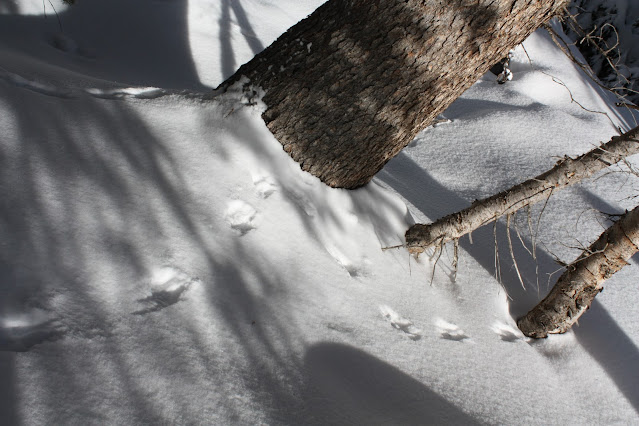 But why study trace fossils? What can they tell us other than an organism was there? Well look at the footprint above. You can tell a lot by the spacing of the prints, the shape of individual prints, and even what information may be missing. The shape tells us what animal possible made it. The spacing and inclination of the prints tell us the speed that it was moving and possibly if there was something wrong, like a limp. If there is more than one set of prints you could tell if they were traveling in groups, or maybe even being hunted. There is a lot of information that can be gleamed even from a simple set of tracks. 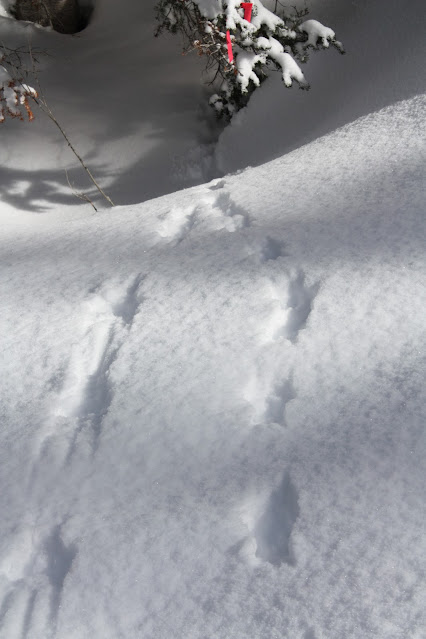 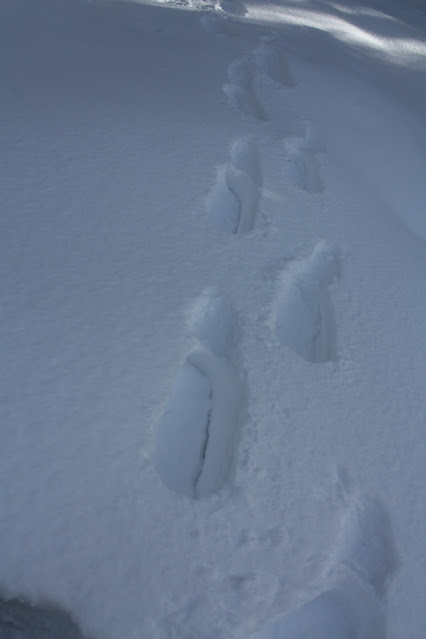 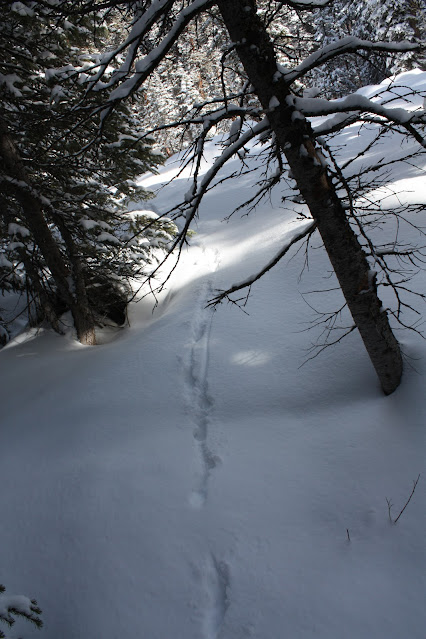 Now just looking at the three above pictures you can tell that different organisms made them and possibly even what they were doing when they made them, looking for food, searching for shelter, migrating, snowshoeing, etc.

Now take this information and apply it to the rock record. Rocks record things similar to snow except that it has the potential to remain forever. There are many people who study dinosaur tracks just like we were looking at the tracks in the snow above. I personally study burrows on the bottom of the ocean made by some unknown invertebrate animals. Different types of tracks and trails are made in different environments and knowing what environment that is, it makes it possible to determine the environment of deposition of the rock by just knowing what a certain track looks like. It is actually a very useful tool and one that not only paleontologists use but many geologists for determining different aspects from what the ancient environment was to using them to find oil.

I will probably go into this in more detail at a later date but for some good trace fossil blog posts check out  Life Trace of the Georgia Coast by Tony Martin, an expert ichnologist from Emory University. Any questions please feel free to ask.
Posted by Jim L. at 9:00 AM

Email ThisBlogThis!Share to TwitterShare to FacebookShare to Pinterest
Labels: Trace Fossil, What are ...