Geological Quote of the Week - Writing

Although not from the geology literature, and not even from the a scientific journal, I feel this quote applies to anyone who has written a book or a journal article (just replace "book" with "Journal Article", or something similar).


"'I never thought, when I used to read books, what work it was to write them.'

'It's work enough to read them, sometimes,' I returned."

And as always you can check out my other Geological Quotes at my website HERE.
at March 27, 2013 No comments:

Geology of the National Parks Through Pictures - Grand Canyon

My next post about the Geology of the National Parks Through Pictures is... 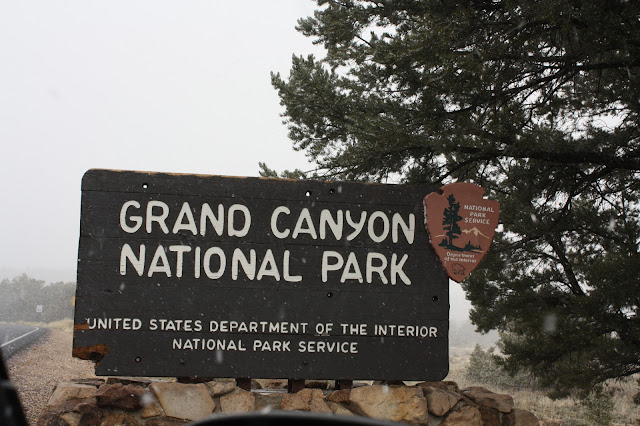 The entrance sign. (A favorite thing of mine to photograph) 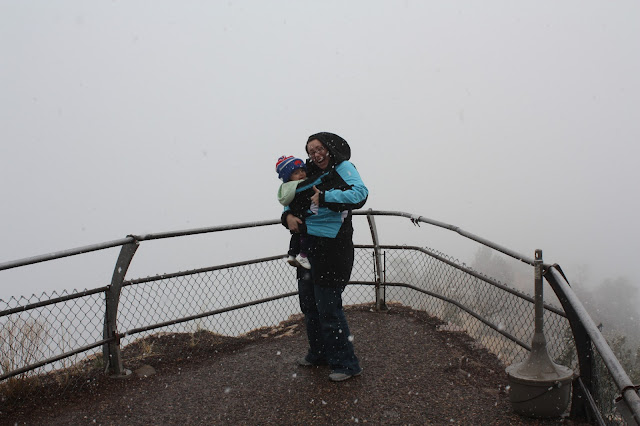 This is our first view of the canyon. We went during the middle of March. Not a good time to go apparently. 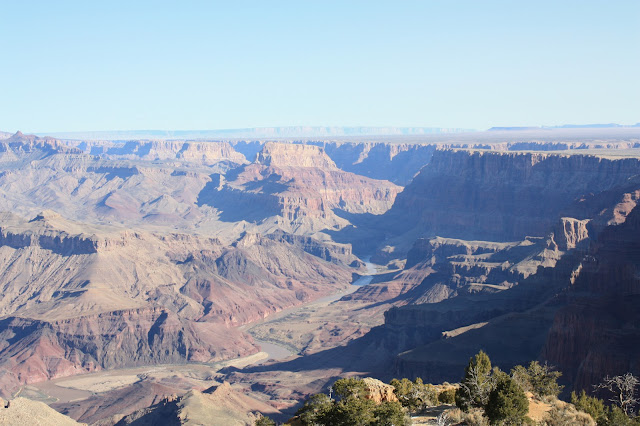 But it did eventually clear up. This is a similar location as the previous picture on a subsequent day. 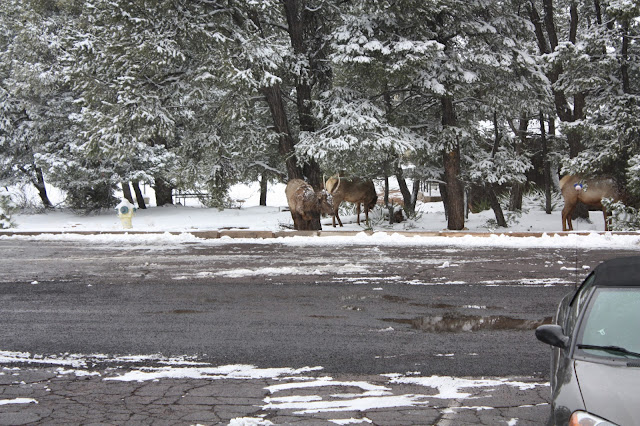 Some elk by our hotel room. 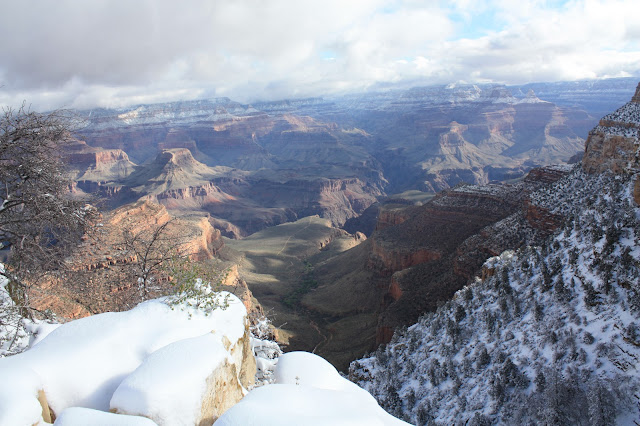 View off into the canyon. The canyon began to be formed due to plate tectonics. There used to be a subduction zone off the western coast of California (where the San Andreas Fault is now). The plate that was subducted, the Farallon Plate, was forced down underneath North America. This plate was hot and therefore force the North American Plate upwards. The upward push of the plate was counteracted by the Colorado River eroding down through the plate. The upward motion of the plate allowed the river to erode downward faster and deeper than it otherwise would have. 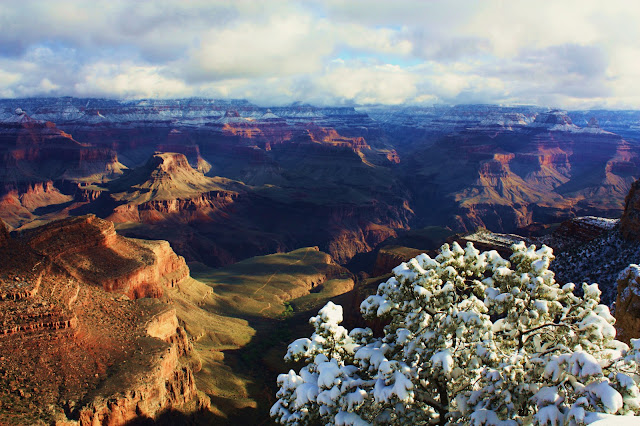 The rock units that were eroded through range in age from fairly recent to over a billion years old. The types of rocks are limestones, sandstones, shales, as well as several metamorphic and igneous rocks. The result is a huge range of bright colors represented in the canyon. 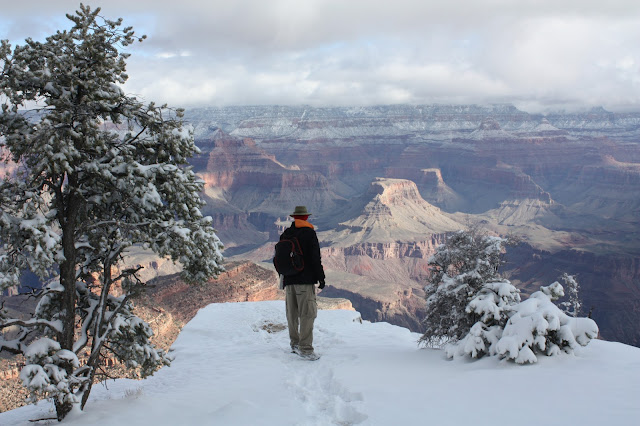 Here I am trying to get a vertical view of the canyon.

Here is a panoramic view of the canyon. 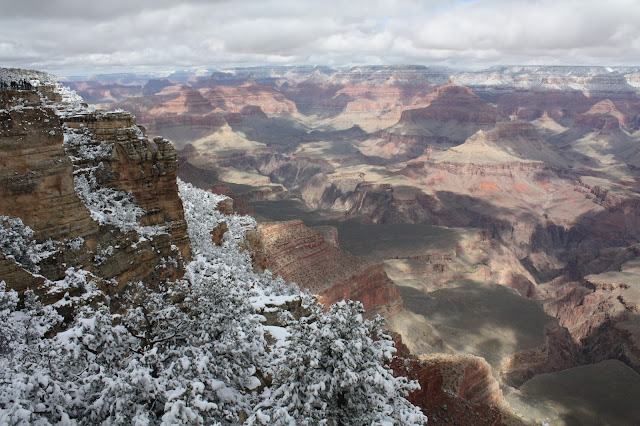 The cloud formations across the surface here made the landscape really look pretty. 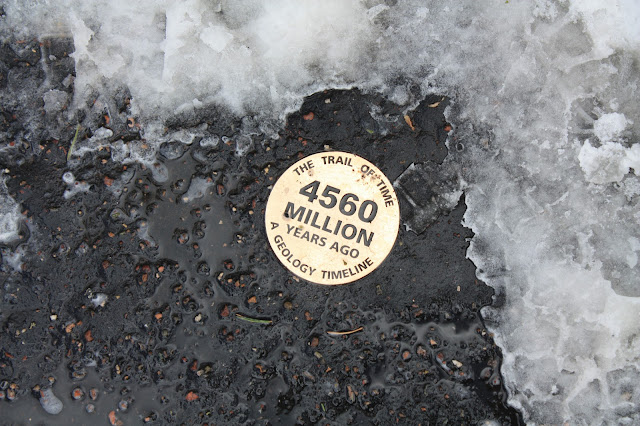 Along the rim they have these markers designating the passage of geologic time. I walked all the way back to the beginning to get the first one. 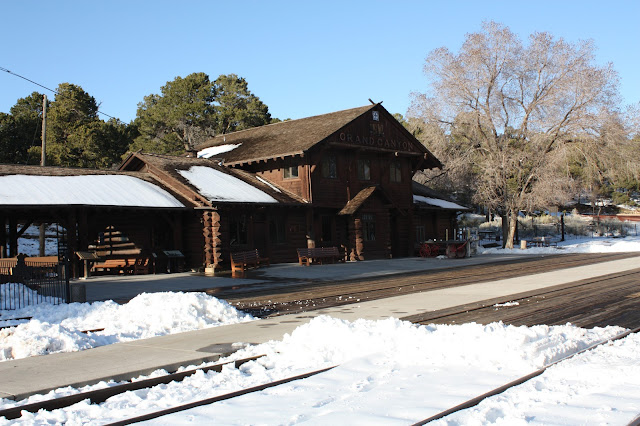 A cool train station within the park.