Geological Movie Review of The Day After Tomorrow - Part 8 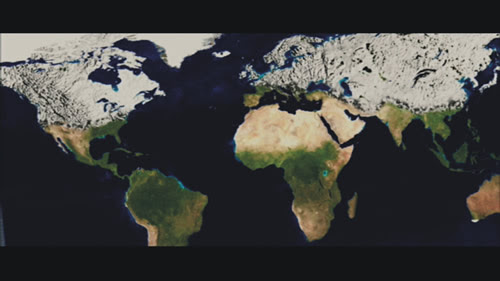 1:03:06 - Beginning with the second half of the movie, they start to describe what is going to happen to the Earth following the cessation of the storm activity. They mention that ice and snow will cover "the entire Northern Hemisphere" (apparently the Southern Hemisphere doesn't get cold?). This will lead into what is known as a perpetual cycle of cooling. The white snow reflects the sun, preventing warming, causing the Earth to cool even more. They also state that the Earth's temperature will be close to that of the last ice age, which is about 8°C cooler than it is today (USCD.edu). Now keep in mind this is the average global temperature, not any one particular locality. The movie is stating that this one storm is going to drop the entire global temperature 11 times lower than the entire rise in temperature the planet has seen in the last century due to human activity (NASA). That is terribly extreme, but it seems to fall in line with the extremeness of the entire movie. 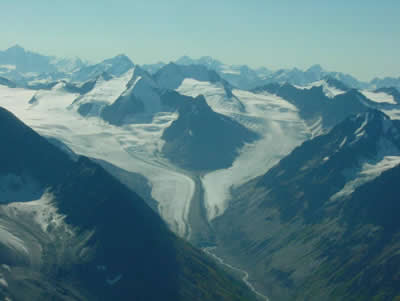 - Frozen Oceans -
1:09:02 - The snow covered world represented in the image above left (as seen in the movie) was supposed to represent snow and ice fall (I assume). But with their freezing of the oceans they tread dangerously close to "glaciers". Looking at the map they presented (again, pictured above left), they show a world much as it is represented during the ice age, with white covering the landmasses. This white in the ice ages was representative of glaciers, a thing far different than those frozen blocks of water presented in the movie. Now they never call them glaciers but there is no doubt that this is what they are meant to be. Typical glaciers form in cold weather up in the northern latitudes or higher altitudes when the snow fall is greater than the snow melt during the summer, hence more snow accumulates than can melt. This forms into a thick sheet of snow that eventually compresses into mostly ice. The continued snow fall at the beginning of a glacier pushes the front of the ice forward at a slow but steady rate, often millimeters to meters per year (meters on the really fast end). Glaciers can form up to and beyond a mile thick and can cover great distances in the form of continental glaciers, like in Antarctica and Greenland. These are different from alpine glaciers, which only form near the peaks of mountains where the weather is cold enough most of the year. 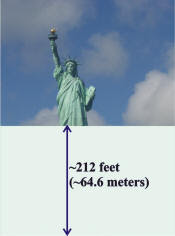 To form the "glaciers" in the movie, they seem to take the 'freeze the ocean' approach as illustrated in NYC. Typical salt water freezes at -1.9°C, but in the process it excludes all of the salt (NOAA). This renders the remaining water saltier (brine), lowering the freezing point even lower. That along with the shear size of the ocean makes freezing ocean water nearly impossible. Even in the Arctic, subice water is still liquid. The salt in the water also reduces the rate at which sea water freezes (NASA). During this time in the movie and shortly after, it shows people moving around outside trying to reach warmer climates. This indicates that even before the 'big freeze' occurs in the movie the temperatures are cold enough to freeze salt water to a point that people could walk on it. And once again we tread into ridiculous territory where it is clearly impossible to do what is done in the movie, but they go right on ahead and do it anyway.
1:21:06 - Working his way up the eastern seaboard, Jack finds himself walking on top of a four storey mall, which has completely frozen over. I assume the method of "glacier" formation was the same in this instance as it was in NYC. And we have the same problems as before, although at least it was tempered in the southern region to only being ~50 feet thick.
1:47:11 - The "glacier" shown at the end of the movie covered the Statue of Liberty with a thickness of about 200 feet with the water frozen out into the Atlantic for the foreseeable distance. Again, ridiculous, but it follows the theme of the movie.
at July 12, 2013