Geology of the National Parks in Pictures - Craters of the Moon

My next post about the Geology of the National Parks Through Pictures is a park I had wanted to hit up since it was close enough to me in southern Idaho. 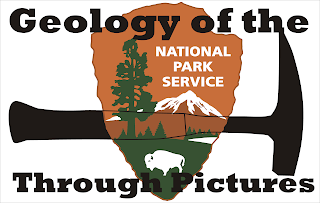 
Craters of the Moon National Monument and Preserve 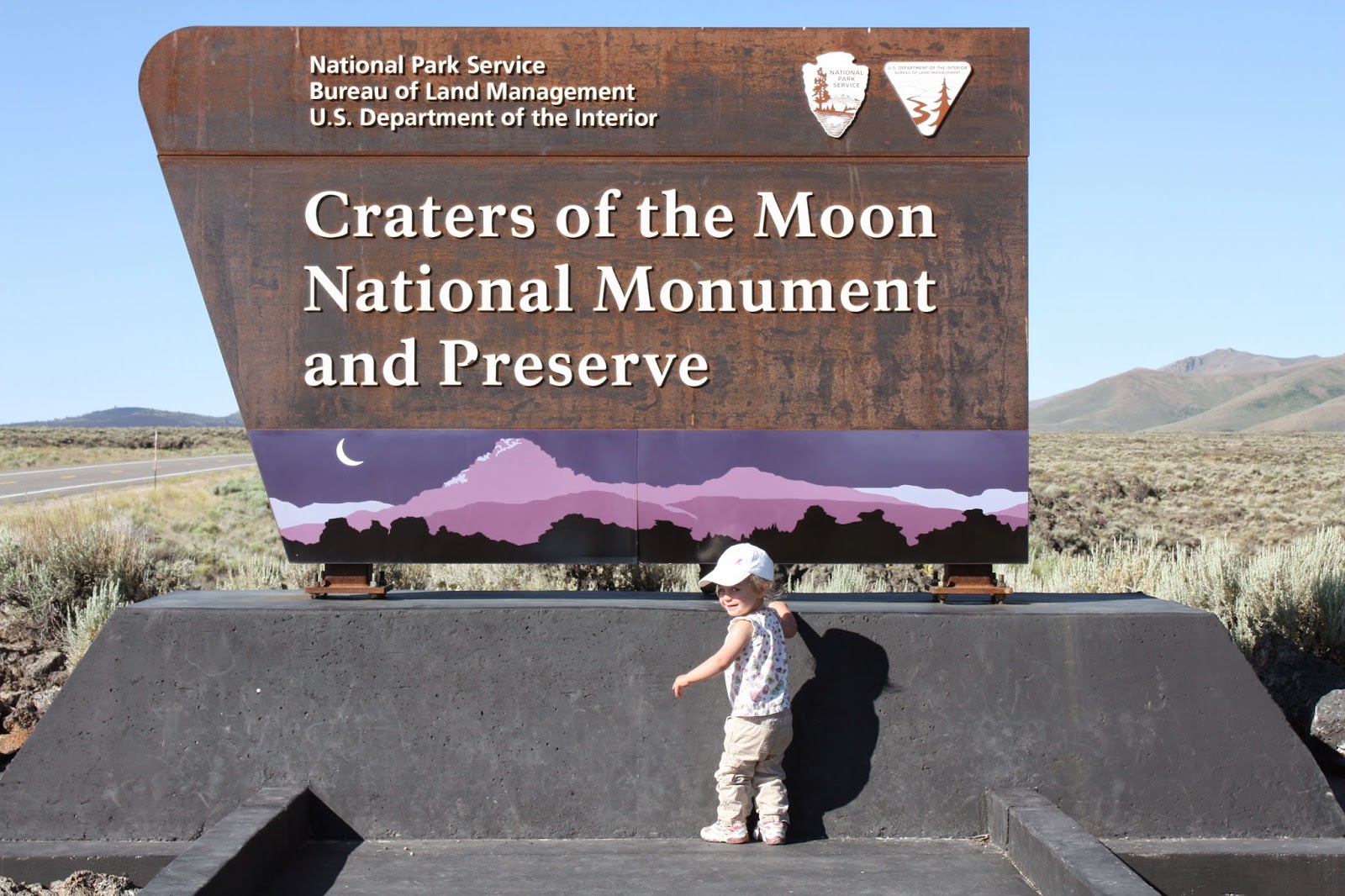 My standard park sign picture, but this time with the little one. 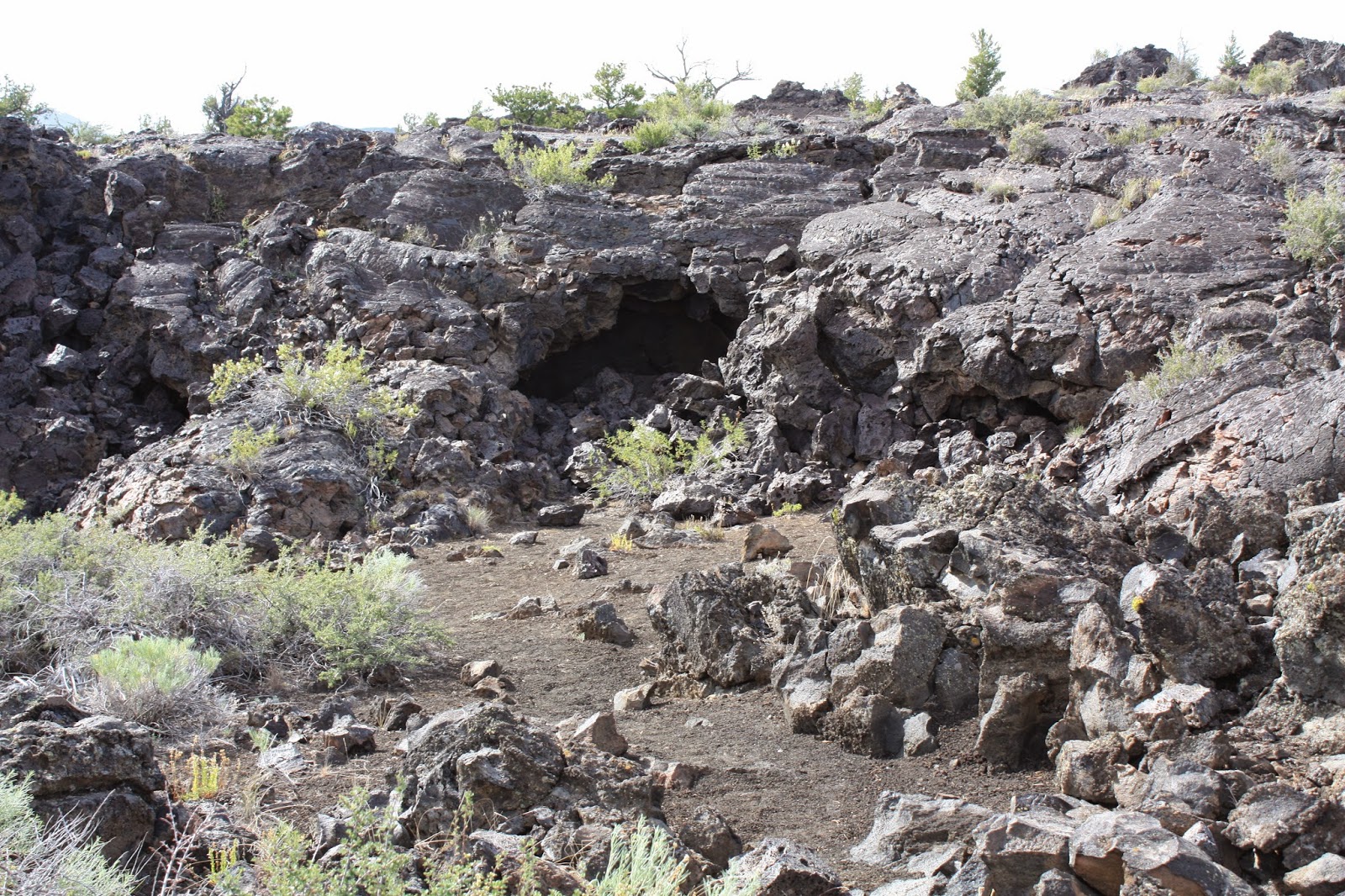 Here is a lava tube entrance. Craters of the Moon was created as the North American plate slid of over the Yellowstone Hotspot. A hotspot is a volcano that stays in one place while the plates slide over it, like Hawaii. At Craters we can see the result of that volcanic activity by the remnants of lava flows, lava tubes, and other volcanic features.

This one shows a pretty good view of the landscape that has many trees and shrubs but is still pretty barren. 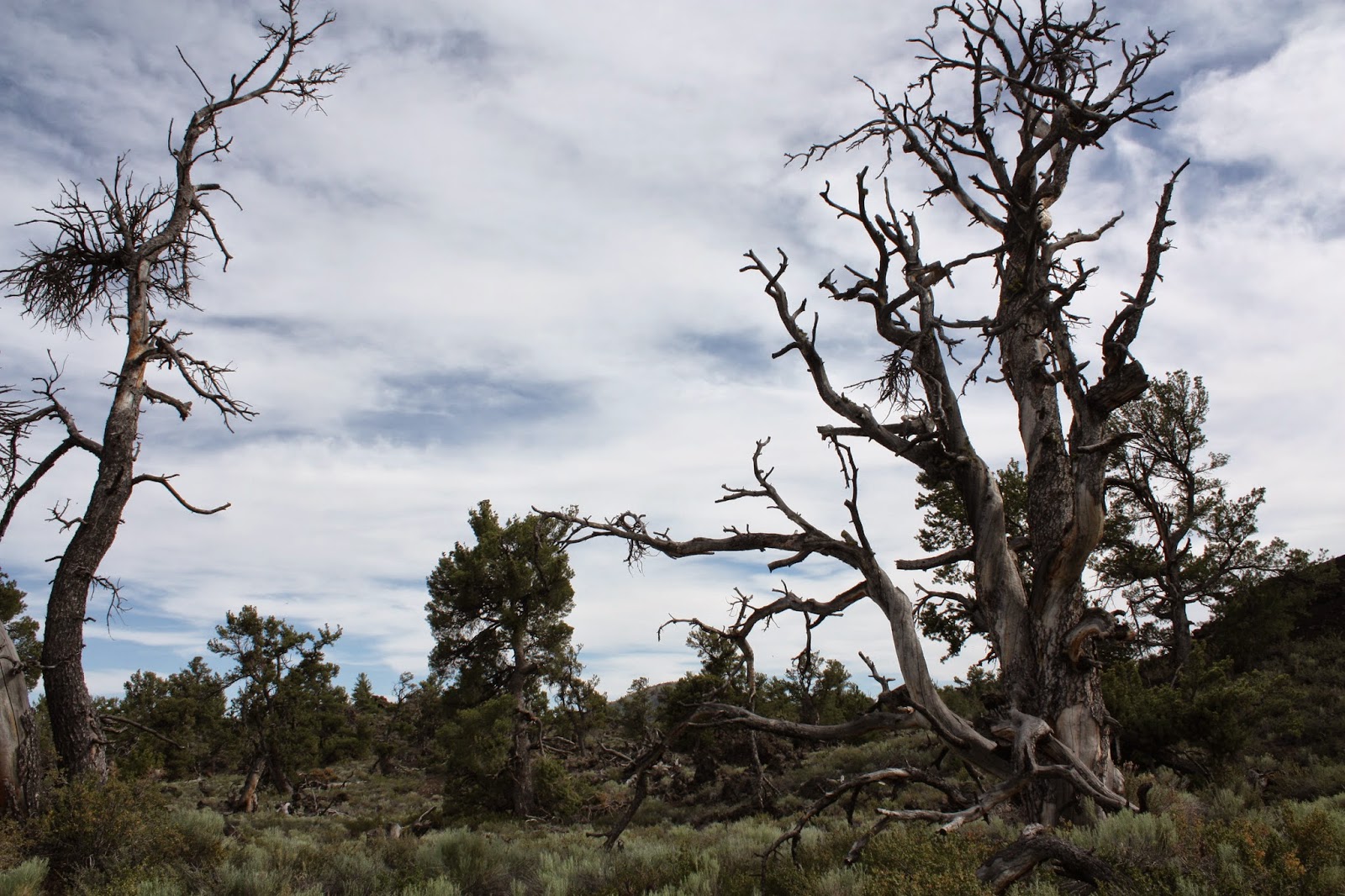 A lot of dead trees hanging about. 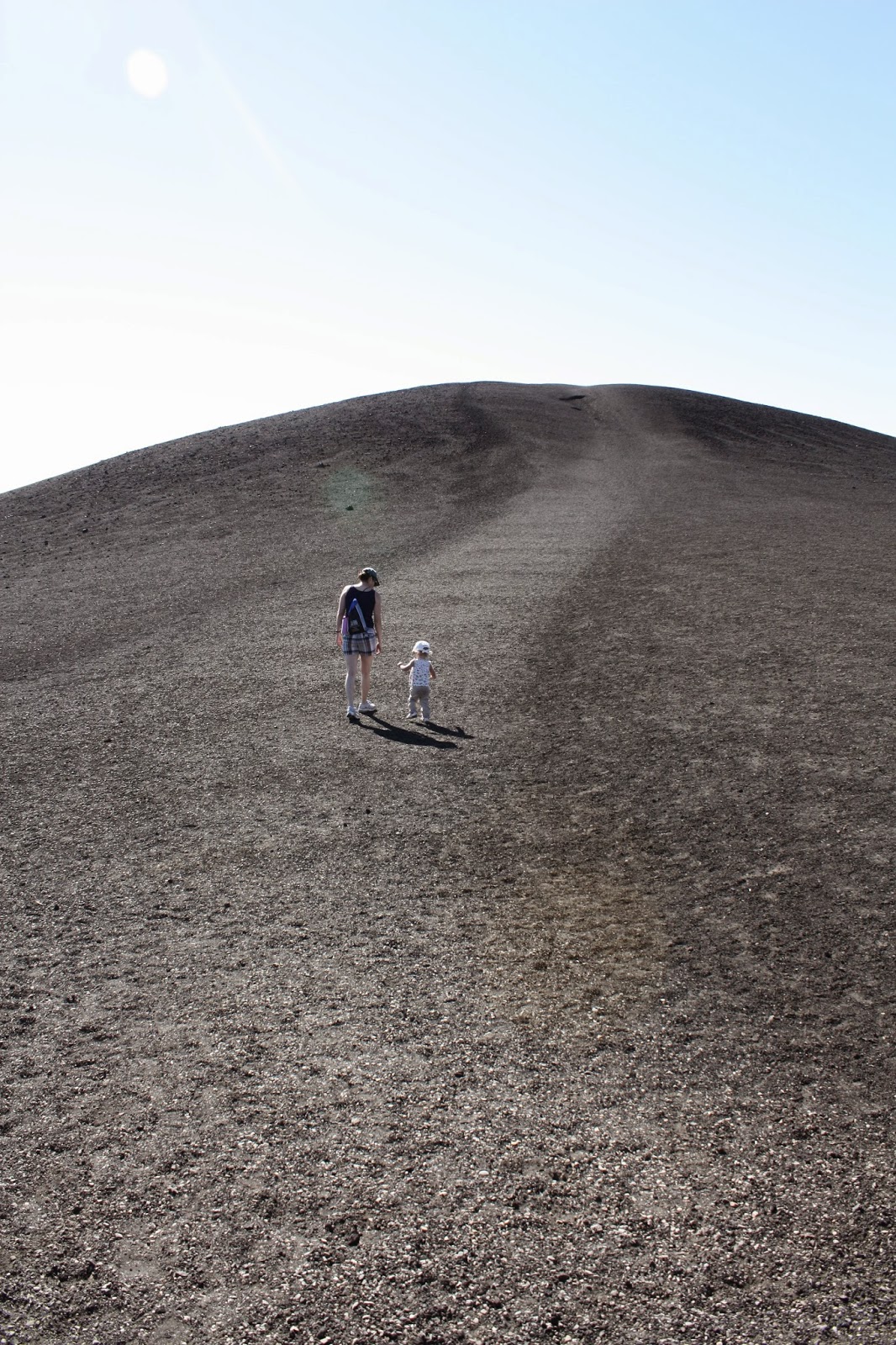 Within the region remains a lot of extinct volcanoes including this cinder cone. A cinder cone is a volcano that is created by the eruption of lava blocks that eventually pile up to create this rather steep sided pile of rock. He we are climbing up the largest of the cinder cones, Inferno Cone.

Panoramic view from the top of Inferno Cone.

View from Inferno Cone of a couple of smaller cinder cones. 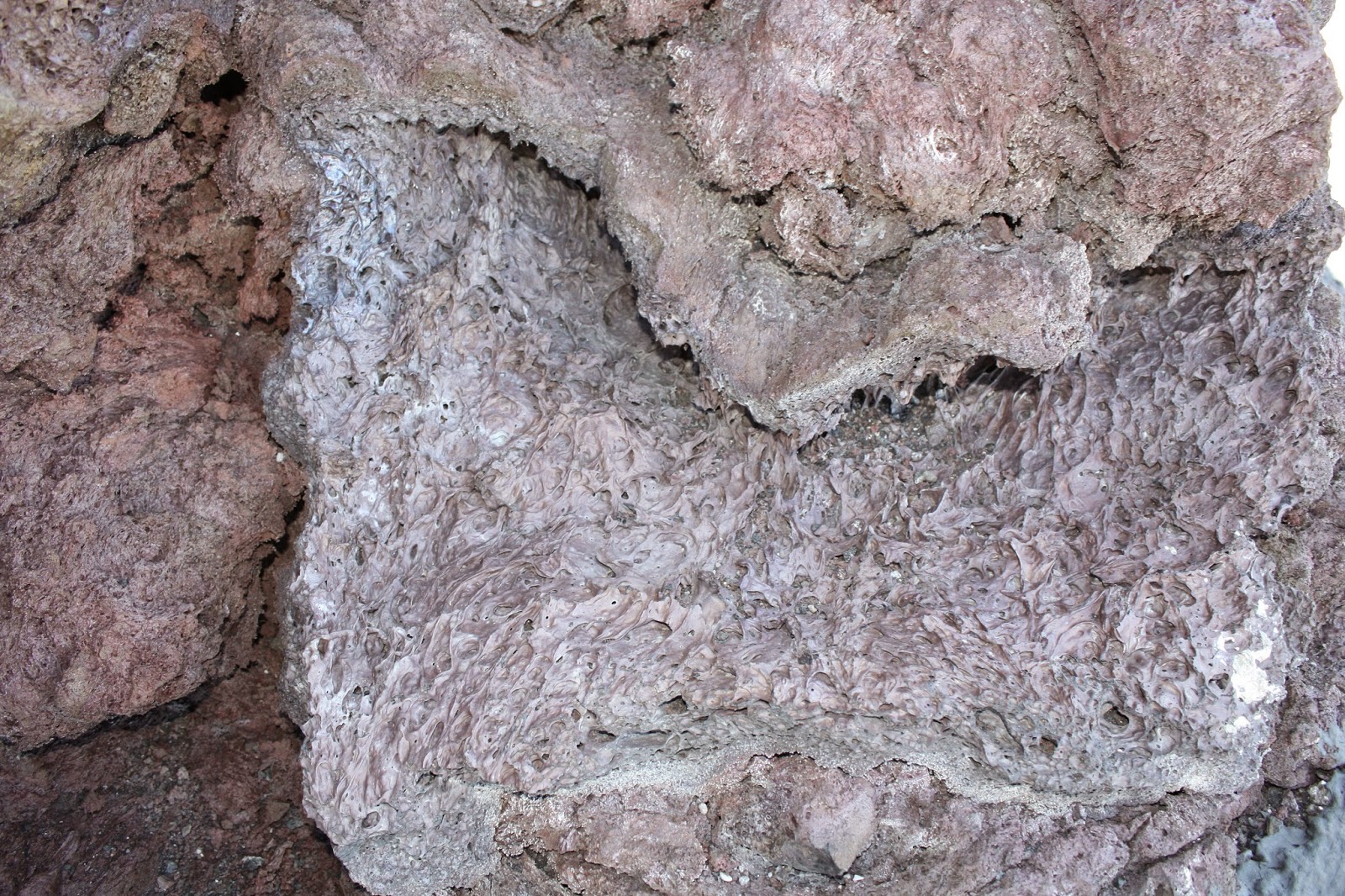 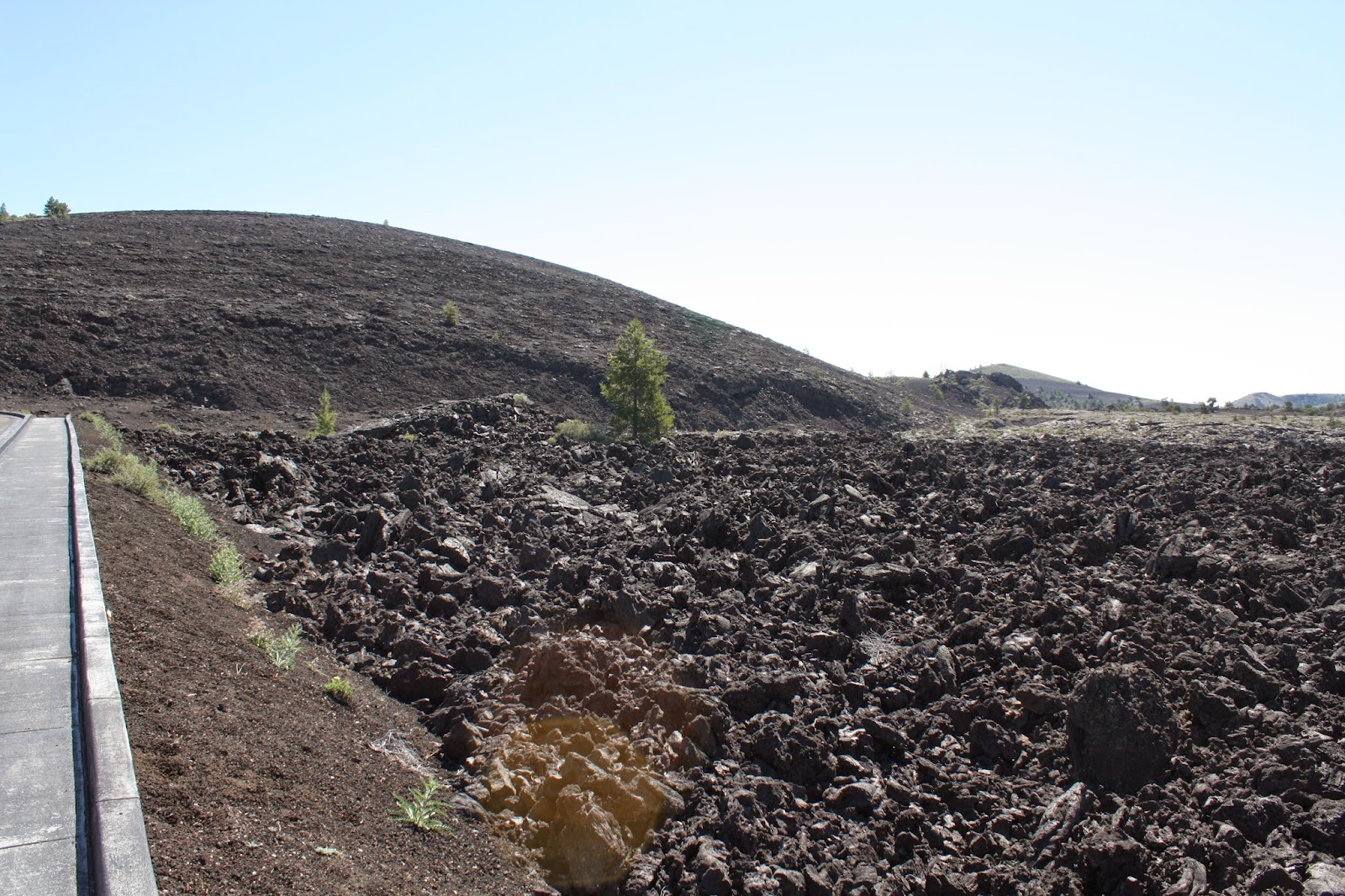 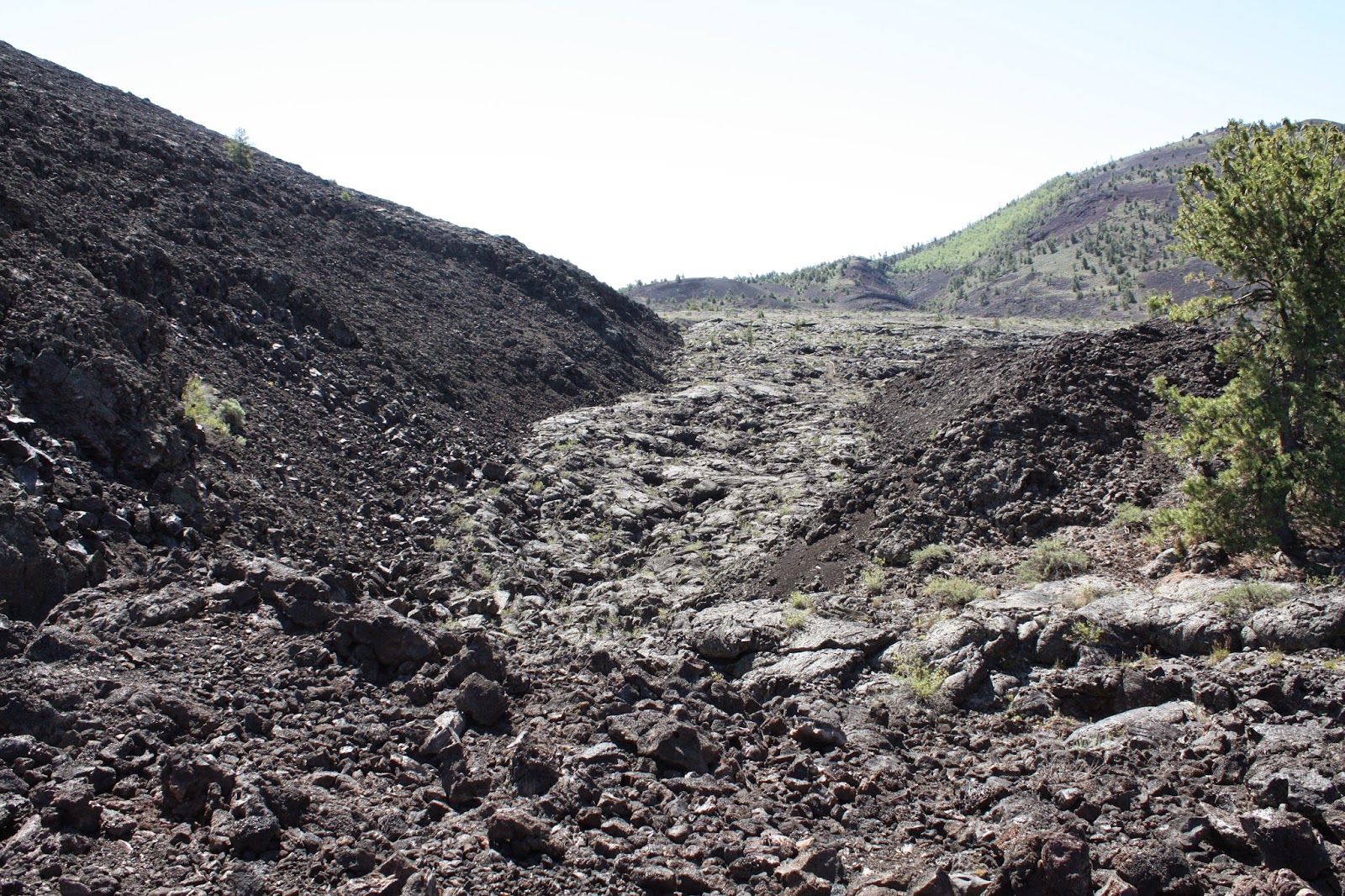 Another view of the same lava flow, this time a little further up. You can see a nice transition from the pahoehoe to the aa style lava. 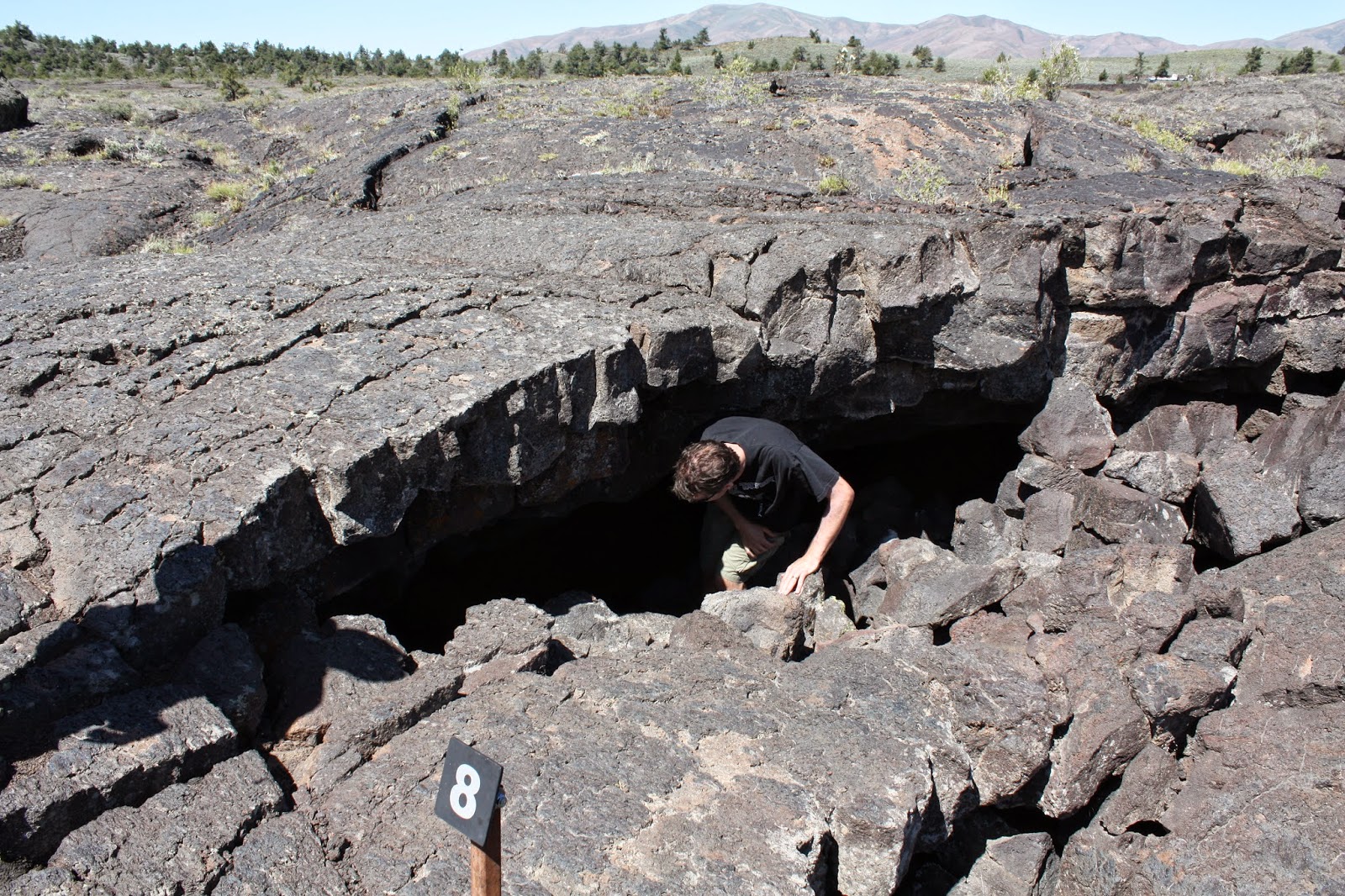 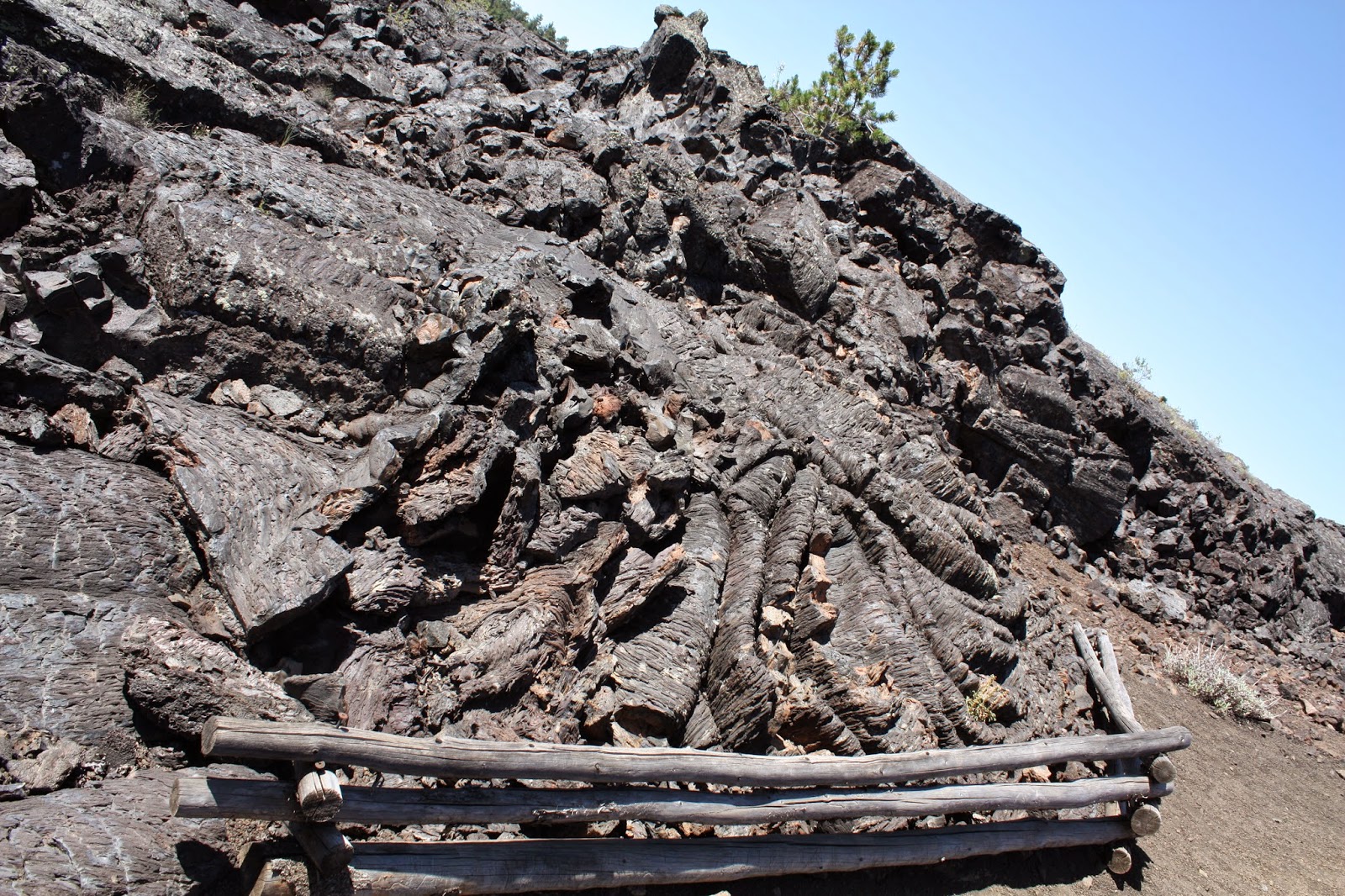 Some nice ribbon lava. I really love the fine cracks that run perpendicular to the ribbon folds. 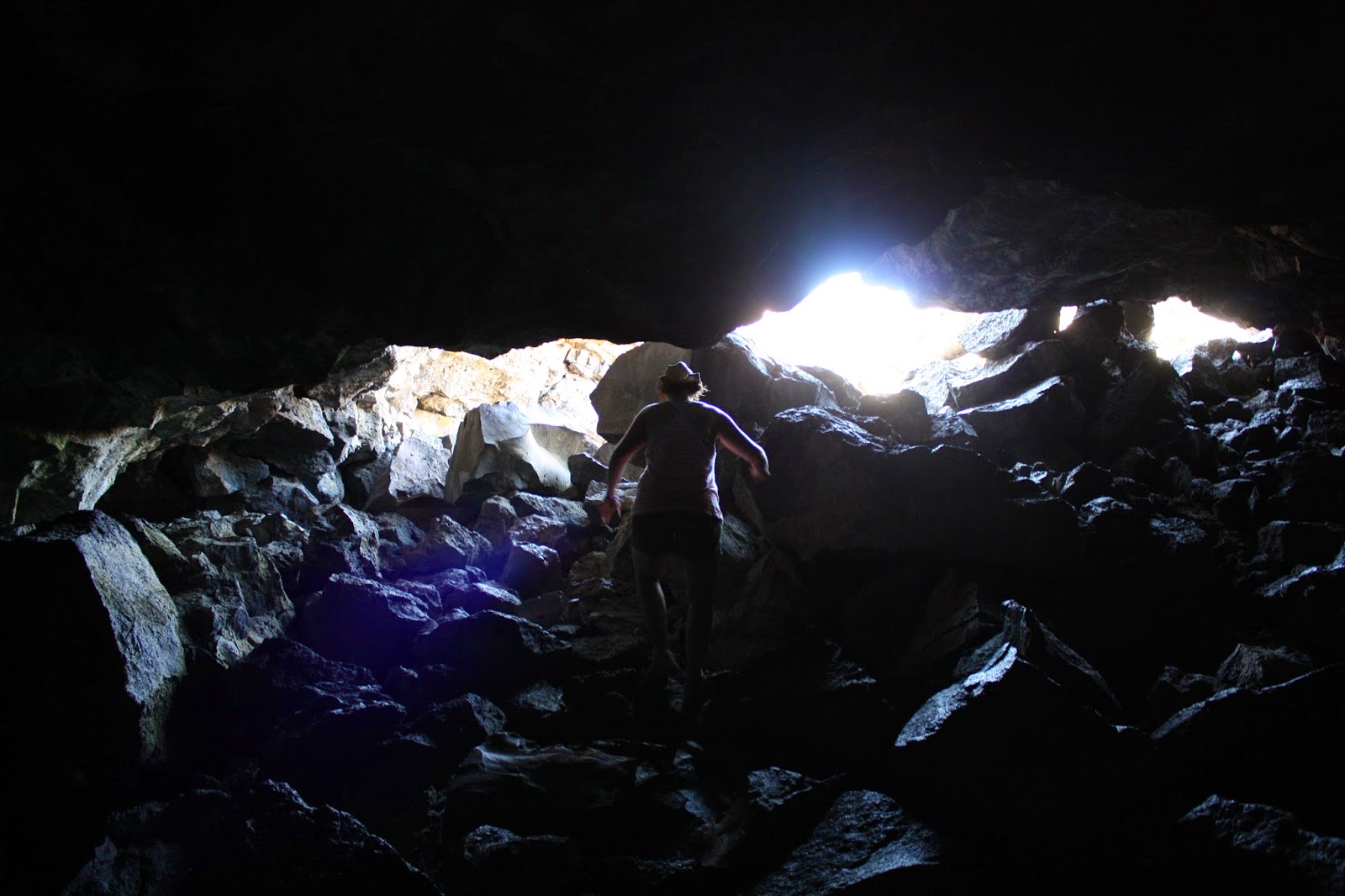 View looking out of one of the smaller lava tubes, Dewdrop Cave. 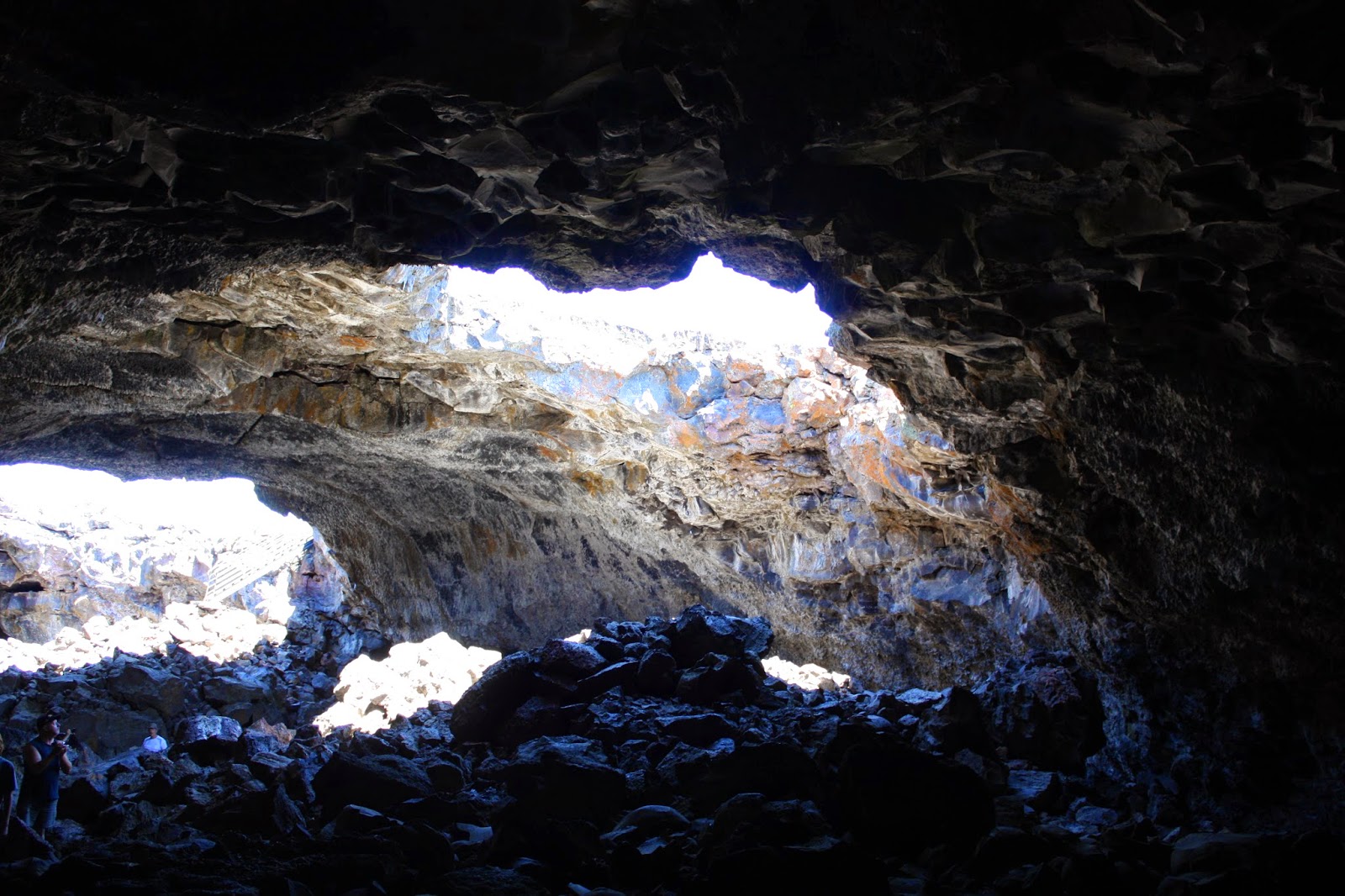 Within the largest lava tube in the park, Indian Tunnel. Several places along the length of the tube, the ceiling has caved in giving visitors a nice walk even without the need of a headlamp.