Continuing on of my coverage of the Dinosaurs and Geology in Pop Culture of the Salt Lake City comic conventions (Comic Con and FanX), we have the 2015 entry of FanX, which was held January 29th-31st, 2015. A bit of dinosaurs this time around.


As with Salt Lake Comic Con a few years ago we have a company with the animatronic dinosaur suit walking around, however it appears to be a different company and a different type of suit this year around. This year it is from DinosaurEvents.com. I felt the previous suit was a bit more realistic, however this one is not bad. 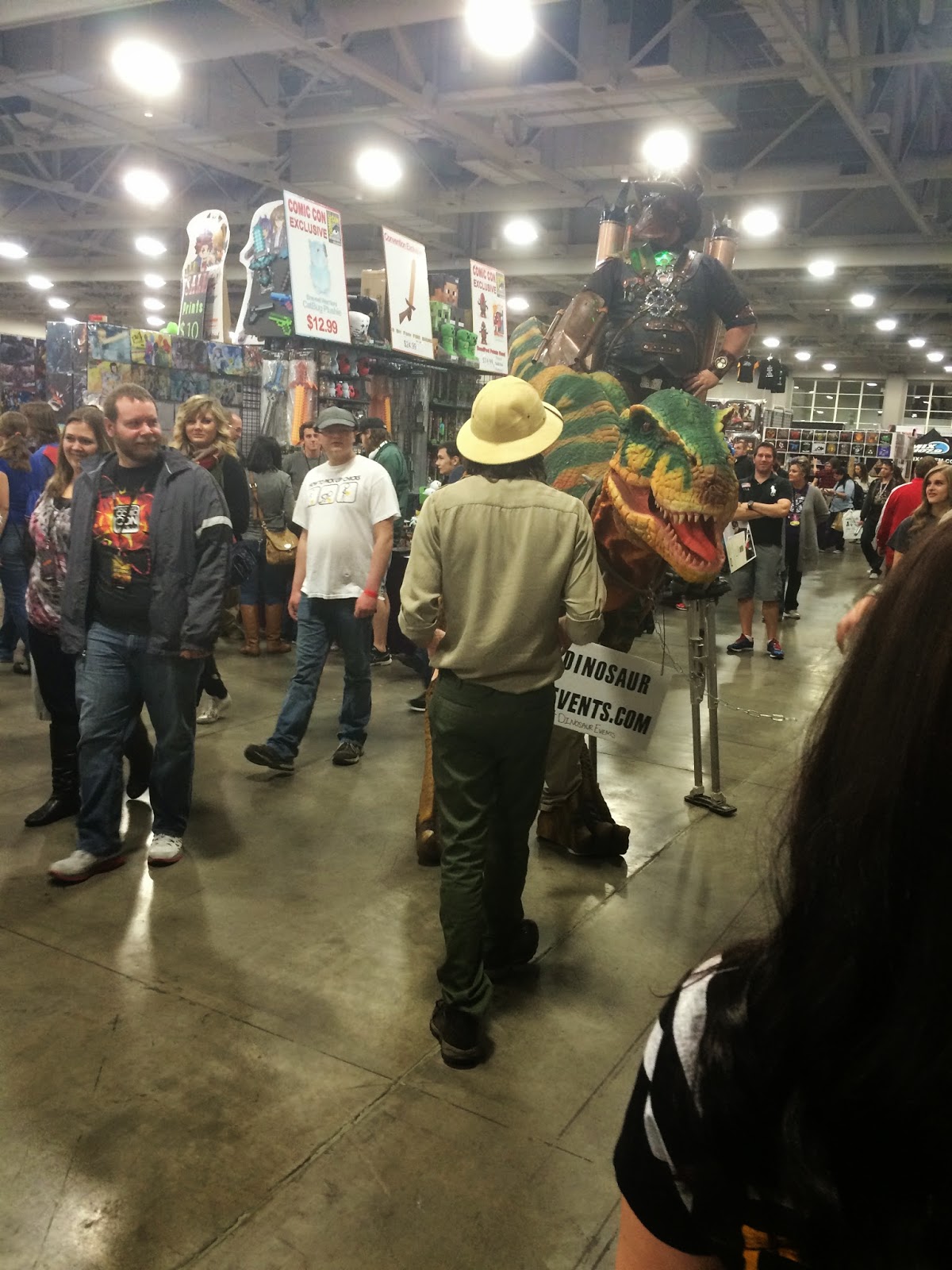 A picture of the dinosaur suit. 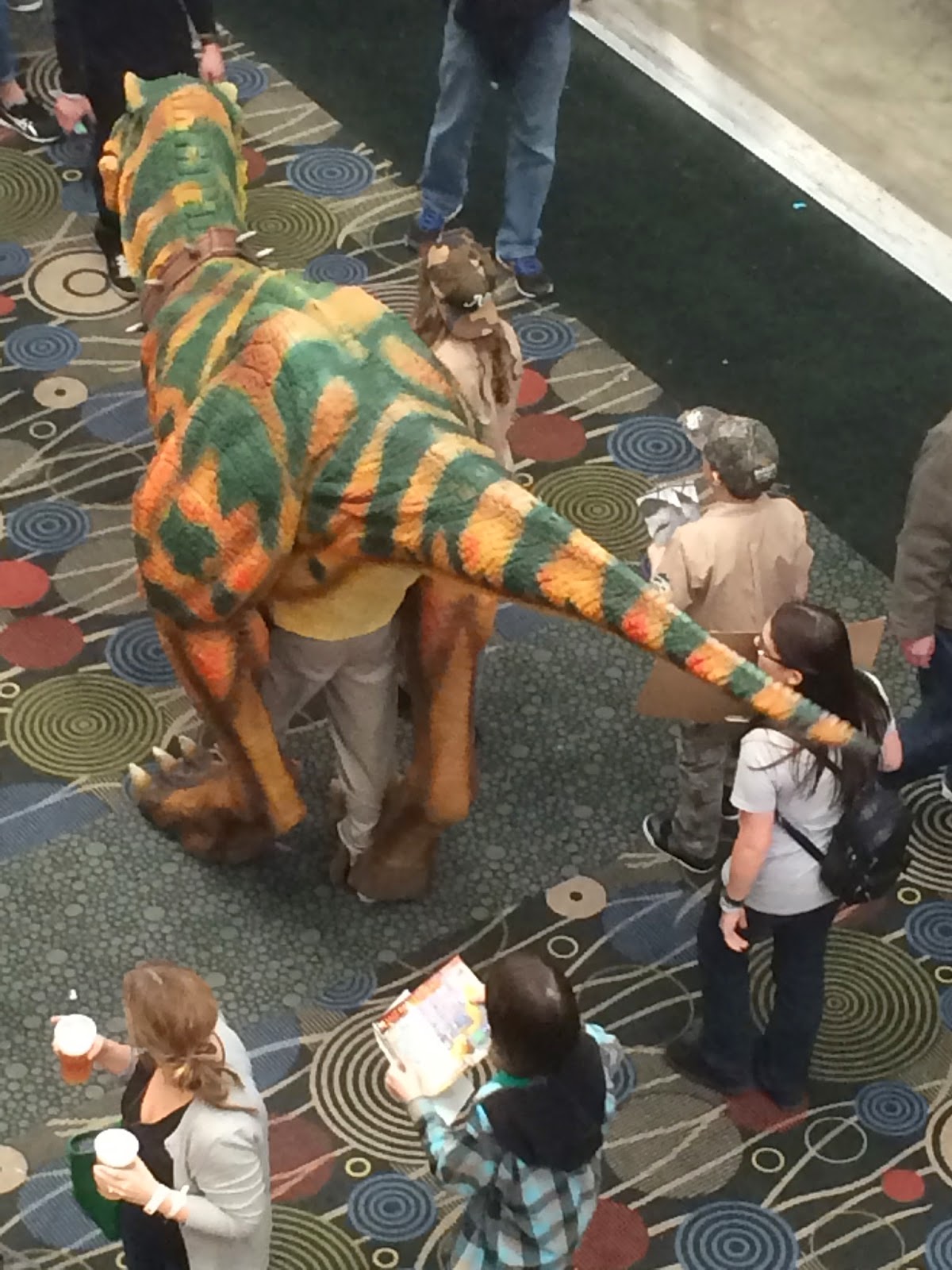 View from above, later while he was walking around. The person in the suit could have tried to match the coloring with his clothes a bit better though. The previous dinosaur suit the person was wear spandex the same color and pattern as the suit.


There was also a Jurassic Park panel, where some filmmakers discussed the world of Jurassic Park and the upcoming Lost World. During the panel, they had a clever bit where the dinosaur invaded and interacted with the panel.

Also new to the Salt Lake Comic scene is this nice Jurassic Park replica jeep. This couple from near my house in Utah runs a Facebook page called Jurassic Jeep 01. 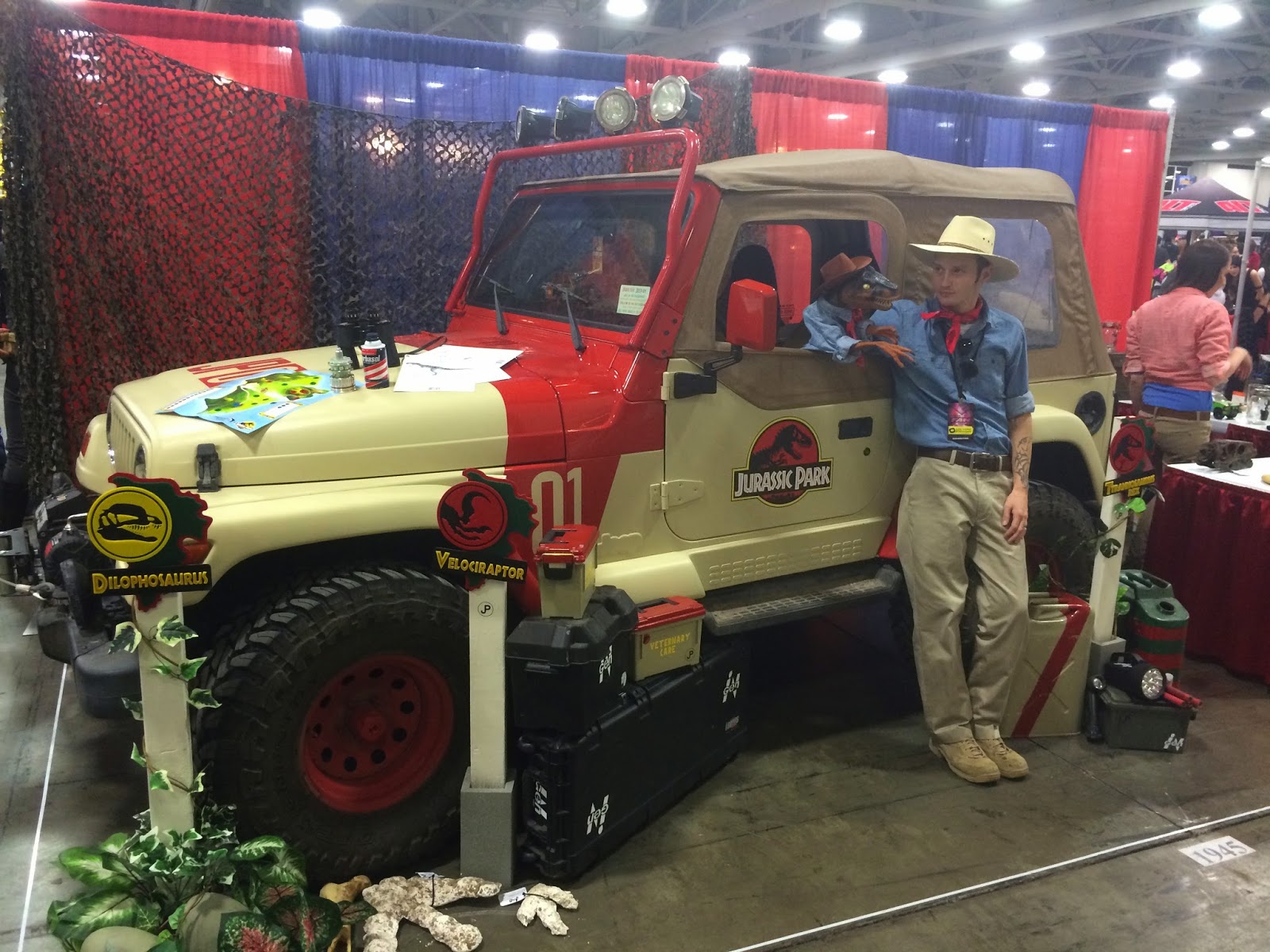 They came with a nice Alan Grant costume and pet Velociraptor. 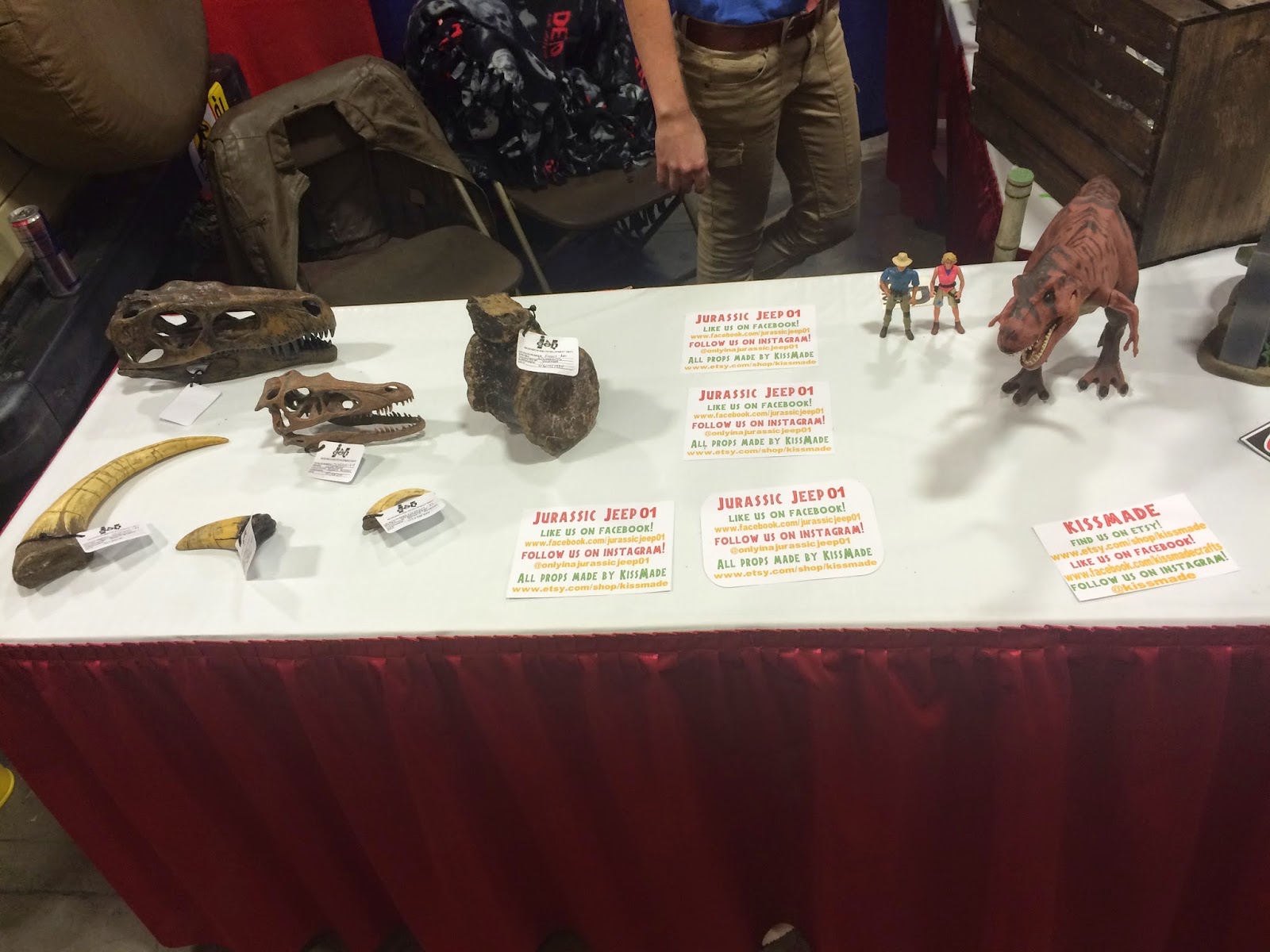 Some fossil replicas including a real fossil of an Apatosaurus vertebrae. 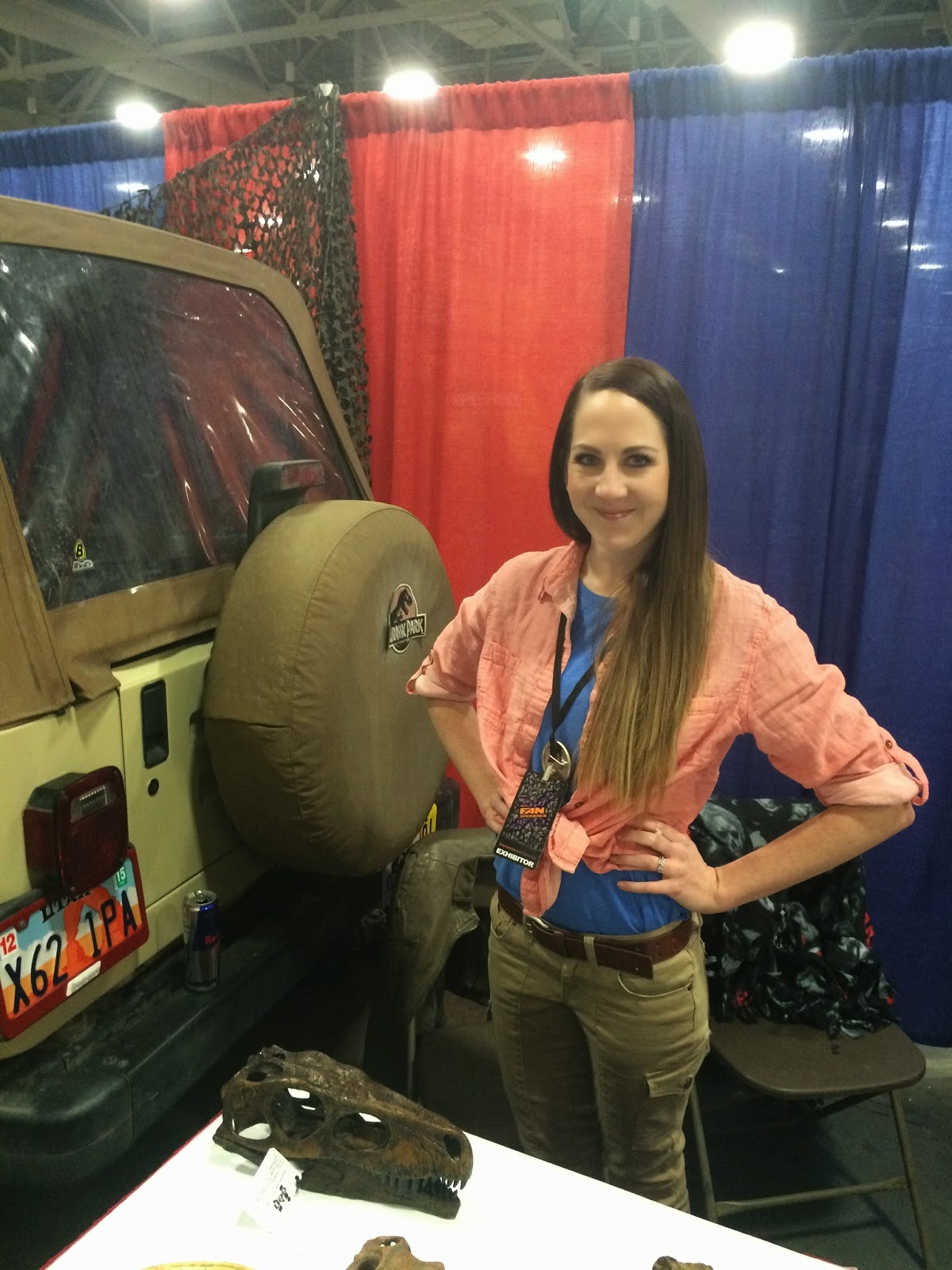 And of course, what Jurassic Park crew isn't complete without Ellie Sattler.

And last, but not least. The Lego Club builders of Utah presented a nice little Lego model of our famous rock arch from Arches National Park. 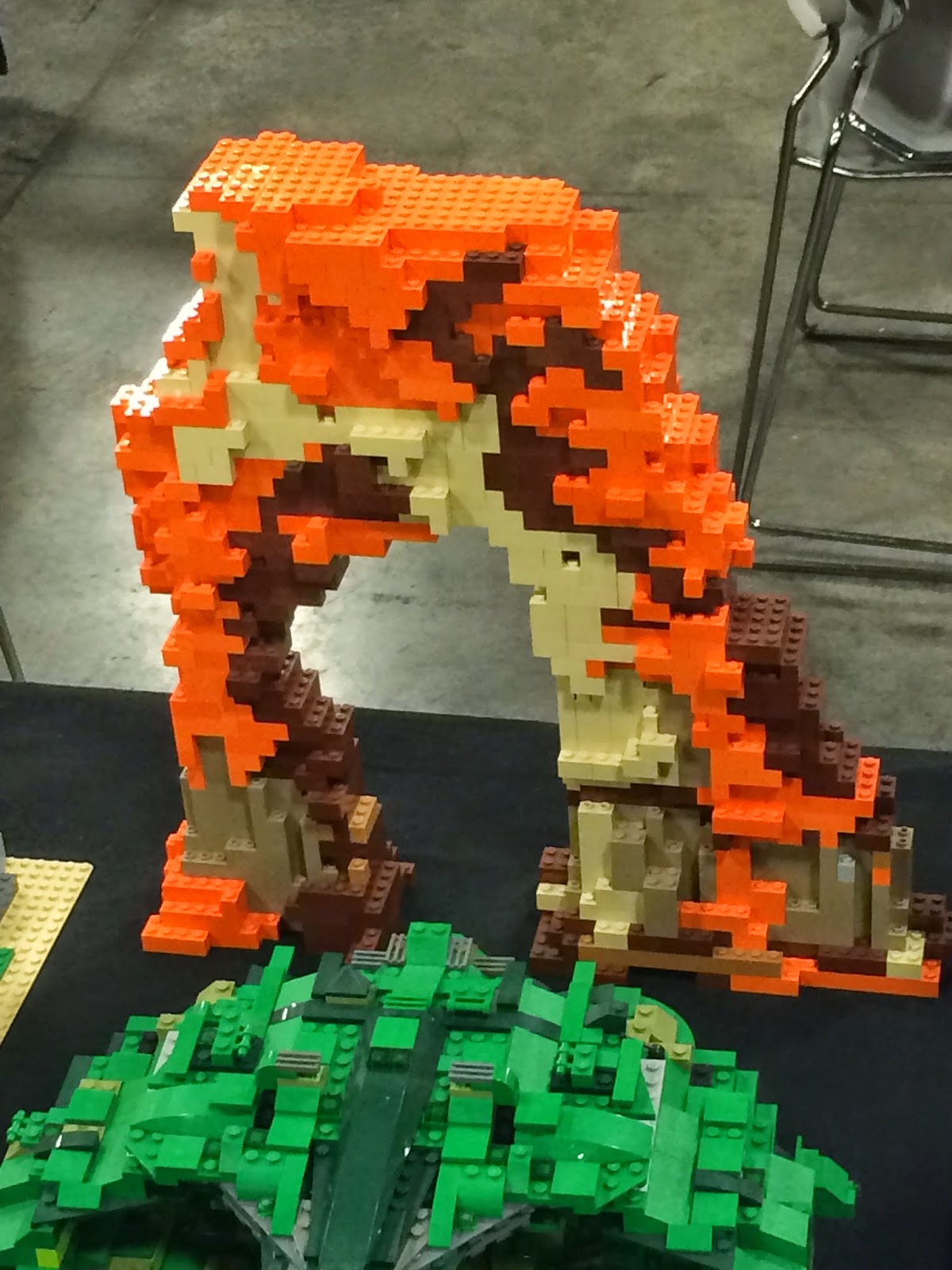