Geology of the National Parks in Pictures - Minidoka NHS

The Minidoka National Historic Site was the place of one of the former Japanese "internment camps" that was erected during World War II. Although, not a geological park there are some geological elements to the park. 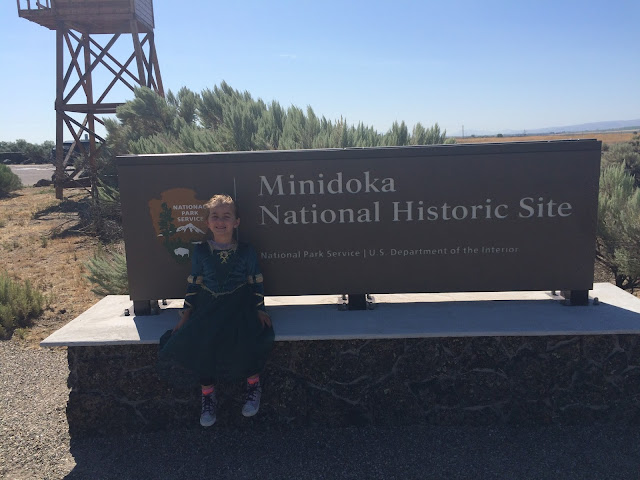 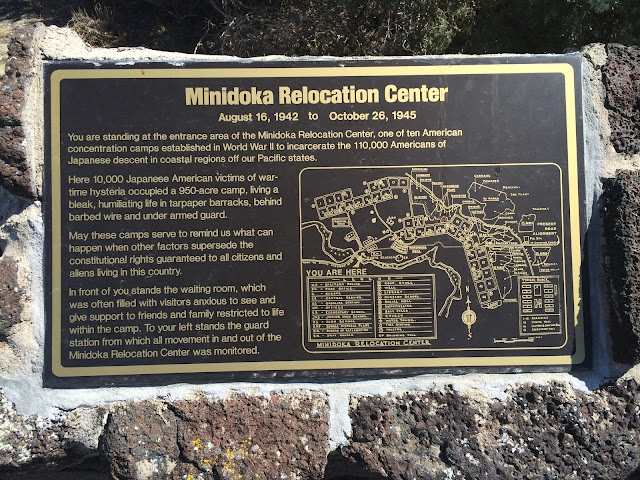 Some background information on the Relocation Center. 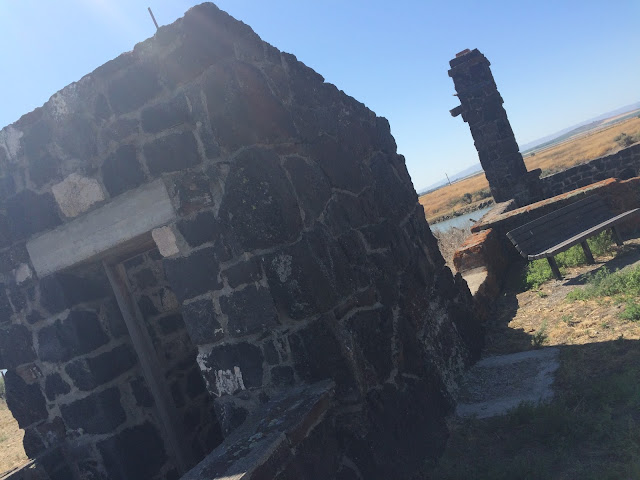 One of the few remaining original structures. The building materials for these structures was almost exclusively the local vesicular basalt (basalt with a lot of holes in it). The basalt was formed in the Snake River Plane when the Yellowstone Hotspot (volcano) was located within Idaho. The hot spot hasn't actually moved, but the North American plate has moved westward across the hot spot, creating this volcanic valley through Idaho, now known as the Snake River Plain. 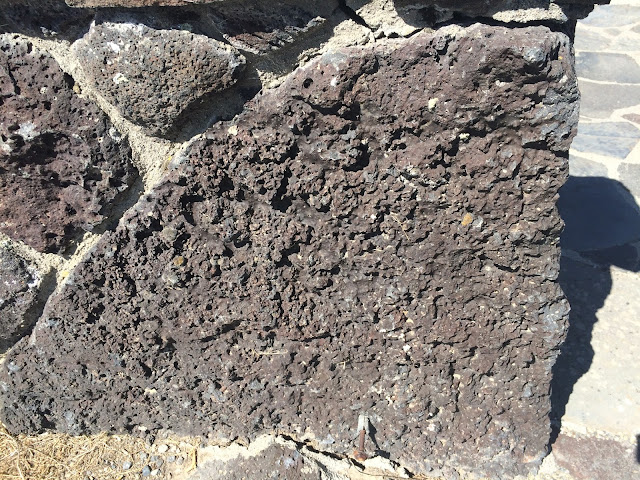 A close up view of one of the vesicular basalt blocks. 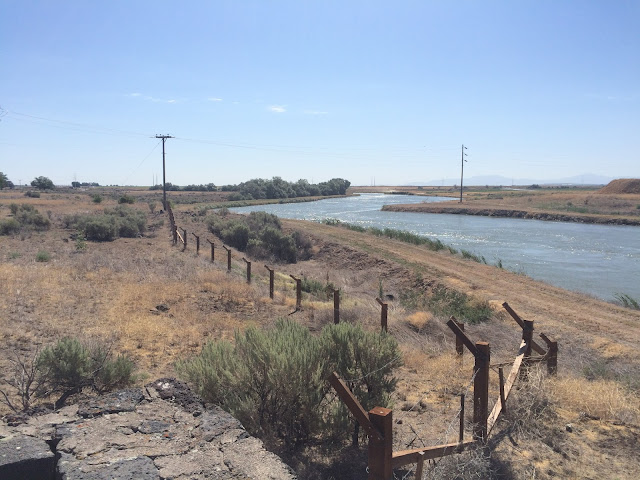 View of the Internment Camp fence with the nearby Clover Creek running alongside it. Clover Creek is a tributary of the Snake River. The residents of the internment camp created a pool out of the water from the creek since the creek itself was too fast to allow for safe swimming.

Panoramic shot of  the park and the region along one of the park trails. Mostly flat within the Snake River plain. Footprints of the former buildings are visible along the way.
at September 29, 2015 No comments:

The next up on my Geology Through Literature thread is Don Quixote by Miguel de Cervantes.

The story is basically a man who has gone "mad", or more likely has dementia, who wants to rebuild the knights of old in Spain during a time period when they are considered by most to be merely legends. To do this he battles giants (windmills), evil villains (other people passing by), and massive armies of people (sheep).

Although Don Quixote is a rather long book (over 1,000 pages) there is not much in the way of geological content. There are however, two scientifically related parts I would like to point out.

"Besides in Sicily thigh-bones and shoulder-bones have been found of so immense a size, that from thence of necessity we must conclude by the certain rules of geometry, that the men to whom they belong'd were giants, as big as huge steeples."

This is actually a real life occurrence! For thousands of years people had been unearthing extinct dwarf elephant bones on Sicily, Italy. The people who had unearthed these remains had thought they were the remnants of giants, and not just any giants, it was where the origin of the cyclops began.   The skull of a dwarf elephant looks a lot like a human skull with one giant hole in it where the "eye socket" was. Because of reverence for the dead, these remains were often reburied, however now they were laid to rest in a more human like pose. When future people uncovered these now reburied remains, there was really no reason for them not to think that these were the remnants of ancient giants.
Part II, Book V, Chapter XVIII

"With that addressing himself to Don Quixote, Sir, said he, you seem to me to have frequented the schools; pray what science has been your particular study? That of Knight-Errantry, answer'd Don Quixote, which is as good as that of Poetry, and somewhat better too. I don't know what sort of a science that is, said Don Lorenzo, nor indeed did I ever hear of it before. 'Tis a science answer'd Don Quixote, that includes in itself all the other sciences in the world, or at least the greatest part of them: Whoever professes it, ought to be learned in the laws, and understand distributive and commutative Justice, in order to right all mankind. He ought to be a Divine, to give reason of his faith, and vindicate his religion by dint of argument. He ought to be skill'd in Physick, especially in the Botanick part of it, that he may know the nature of simples, and have recourse to those herbs that can cure wounds; for a Knight-Errant must not expect to find surgeons in the woods and desarts. He must be an Astronomer, to understand the motions of the celestial orbs, and find out by the stars the hour of the night, and the longitude and latitude of the climate on which fortune throws him; and he ought to be well instructed in all the other parts of the mathematicks, that science being of constant use to a professor of arms, on many accounts too numerous to be related. I need not tell you, that all the divine and moral virtues must center in his mind."

Although, this passage is not strictly geologically related, I found it interesting in that he seems want to list all the major "sciences" of his day (early 1600's). This is a satirical story though and only so much should be read into what sciences the author deemed important.