Geology of the National Parks in Pictures - Hagerman Fossil Beds

As we continued our tour through southern Idaho, I really wanted to visit Hagerman, not the least because I am a paleontologist. Well, let me just get this out of the way first off, I saw no fossil localities, unlike at Dinosaur NM or Fossil Butte NM. This is more of a preserve to protect the fossils but they don't have the infrastructure (yet?) to allow the public access to see the actual dig sites. Hopefully that will come along sometime in the future. But as a paleontological National Park, this is the weakest one I have been to. 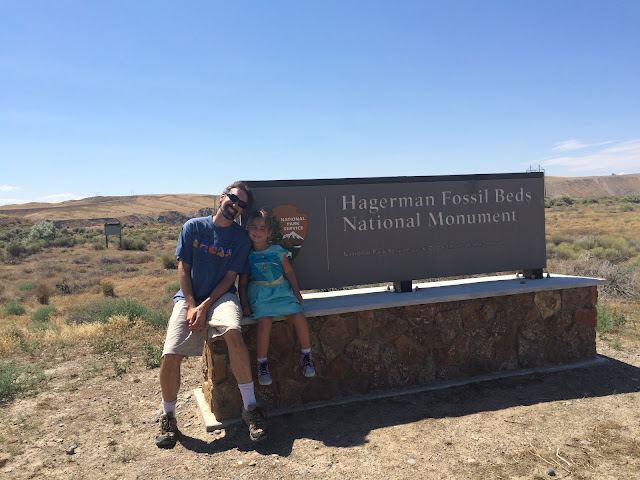 Me and my Gummy Bear doing our sign thing. 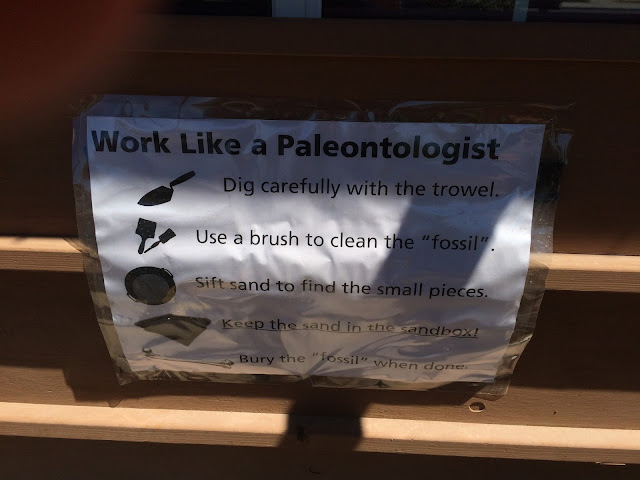 When we were planning on going to the park, I read everywhere that we had to go to the Visitor's Center first. Well this is the first thing that we noticed upon walking up to the door. 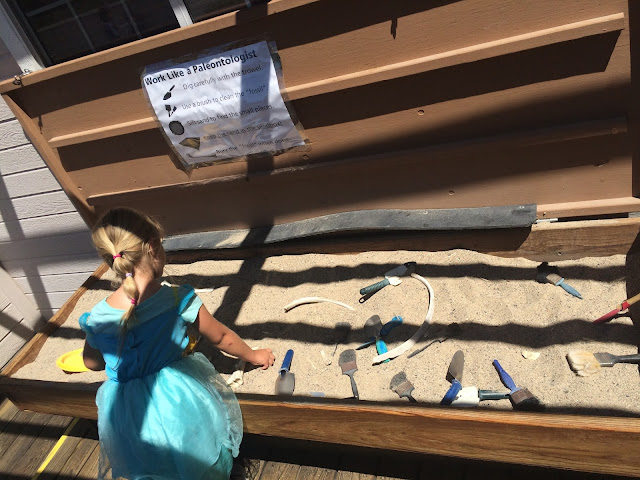 So as most any paleontologist is wont to do, we started digging to see what we could find. 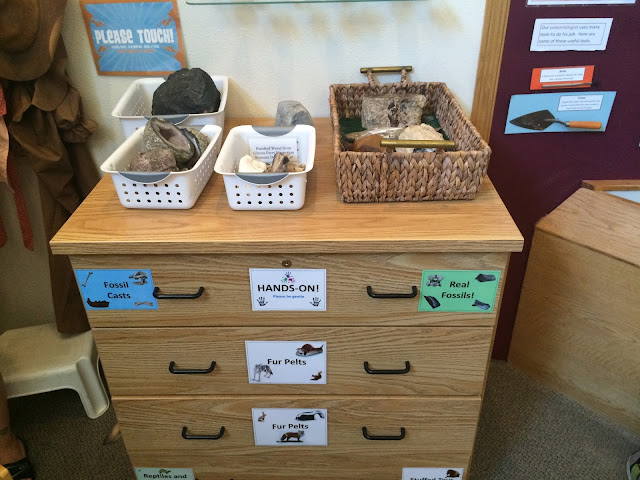 Inside they also had a nice display full of fossils and other geological specimens for the kids to play with and analyze. 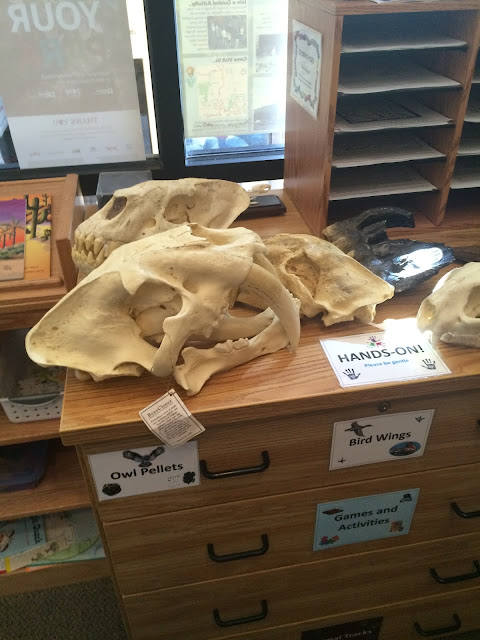 And they also had some of the more common mammal fossils. 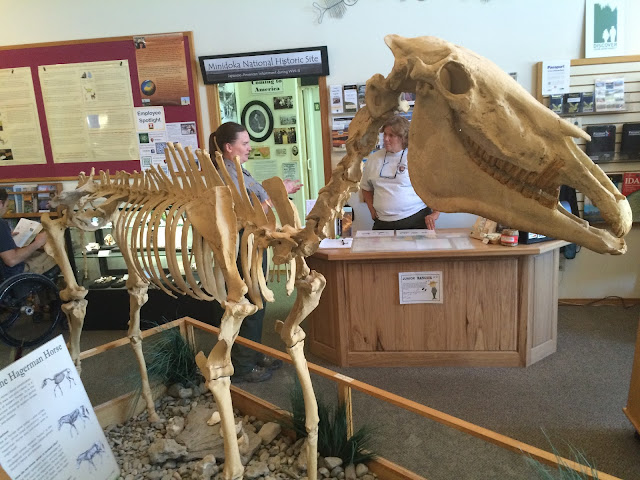 Along with fossils found within the park too, like this lovely horse, Equus simplicidens, the State Fossil. Also known as the Hagerman horse, the national monument protects the two bone beds where over 200 specimens of the horse has been found. 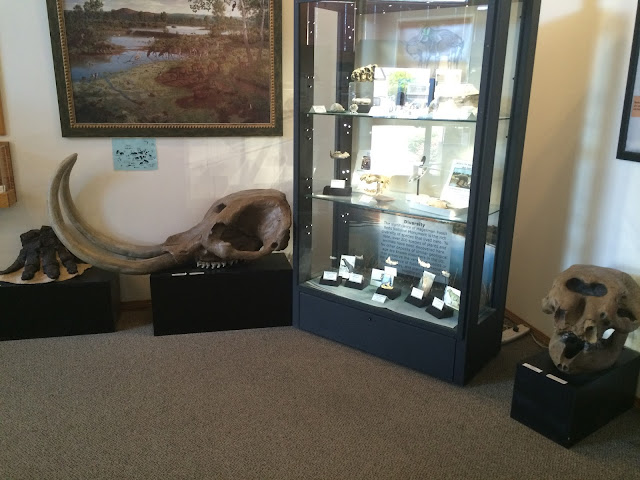 Within the park and the visitor's center we also were able to see some of the elephantine specimens.

After leaving the Visitor's Center there is one road with a couple of view spot's along it. This one describes the changing landscape from the Pliocene, when the fossils are from, to today. The majority of the park is composed of the Pliocene to Pleistocene age Glenns Ferry Formation, which is dated from 1.8 to 3.5 million years old. The formation is comprised of lava flows, basaltic pyroclastic material, and volcanic ash interbedded with sedimentary lake and river sediments (mostly mud, silt, and sand), which is what the Hagerman horse fossils are found in. It is thought that the horses perhaps died of thirst at a periodic stream, and then were eventually accumulated by seasonal floods. Other theories portend that the horses died while crossing a flooded river.

There are also remnants of the Oregon Trail, as seen here with the trail ruts.

And here you can see them really well on the left side of the photo where the road bends.

The Snake River Plain, where Hagerman is located, is known for its volcanic landscape. As the North American Plate traveled westward, the plate was dragged across the Yellowstone Hot Spot. The hot spot melted a swath through the Idaho countryside that left a significant mark on the landscape. The remnants of the old shield volcanoes and lava flows are pervasive throughout the region, as is described in this display.