Geology of the National Parks in Pictures - City of Rocks

Our last stop on this trip through Idaho was the City of Rocks National Reserve. As always, you can click on the pictures to enlarge the images. At the City of Rocks, it is possible to travel through the whole park in essentially one loop, however you must leave the park on the western edge to get between the northern and southern roads of the park. We decided to take the southern road first, following the available Automobile Tour, then loop around to the northern road to finish the park. 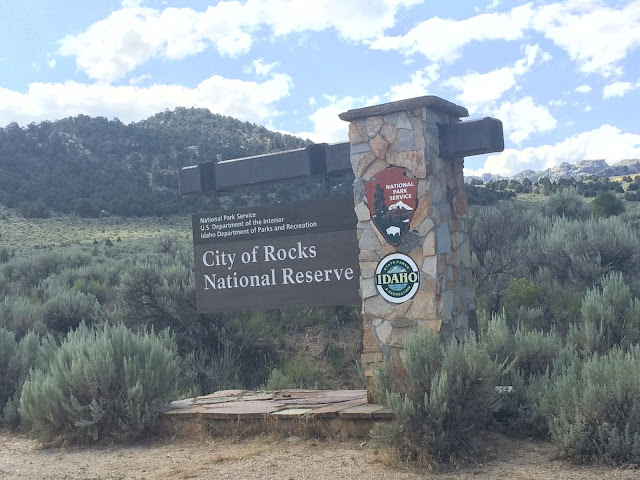 It has been a long trip, so I ended up not getting out of the car for this one. But snapped the picture as I drove by regardless.

During our trip we followed the "Automobile Tour" and my wife had read about each of the stops along the way. This is Circle Creek Basin. The main part of the rocks are from a 28 million year old granitic dome named the Almo Pluton, which is the lighter colored granitic rocks. The darker brownish-gray rocks are the Green Creek Complex (a complex mainly consisting of granite, granitic gneiss, and schist), which is 2-3 billion years old and are some of the oldest rocks in North America. 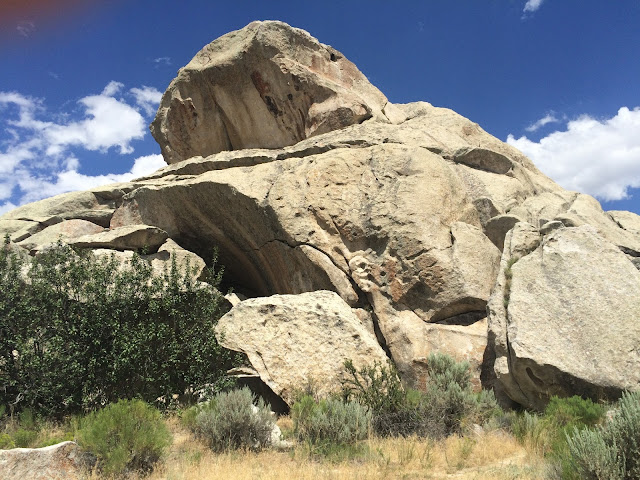 Treasure rock, where we let our daughter get out for the first time to "go play on the rocks".

View of the most prominent feature of the park, the Twin Sisters and Pinnacle Pass (on the left half of the photo). This is the pass through which the California Trail followed. The left twin is made up of Green Creek Complex, and the right is Almo Pluton. 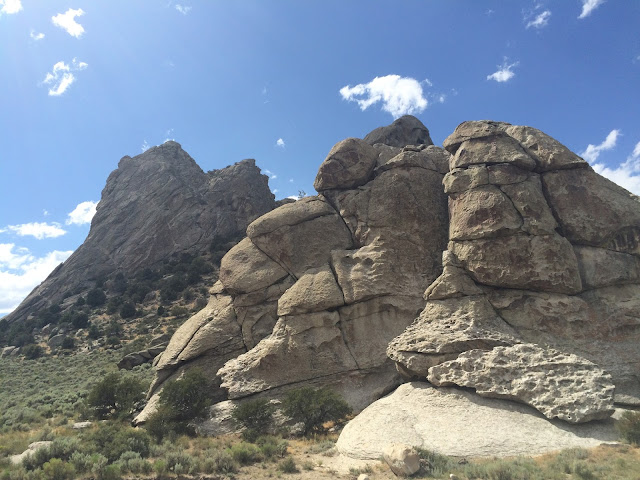 Side view of the Twin Sisters focusing on the Green Creek Complex sister in the foreground. The other twin is actually directly behind the formation with only the tip of it peaking over the center of the photo. The outcrop on the left half in the background is not one of the twins (I think). 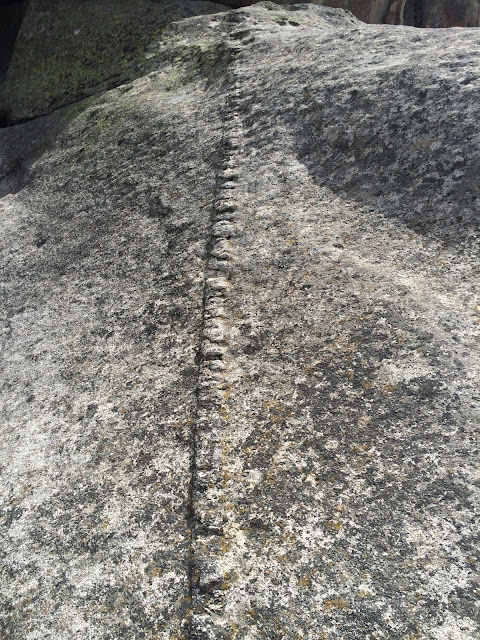 Dike through the Almo Pluton. 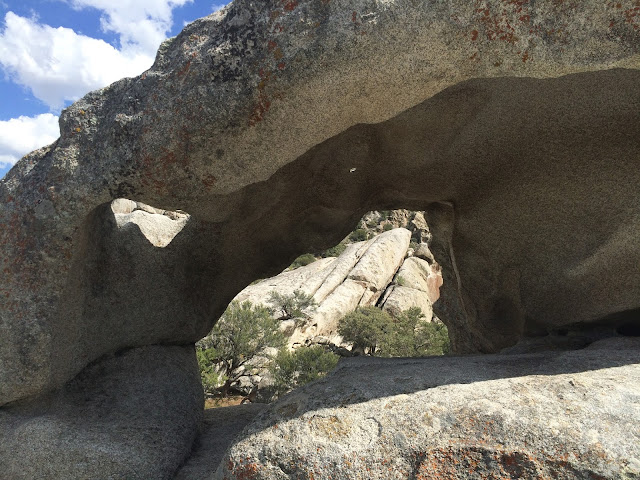 This was the last picture before having to leave the park on the western edge to complete our loop on the northern road. You can see the natural jointing of the rocks in the background lining up with the eroded arch in the foreground.

A rock formation lovingly called the Bread Loaves showing more jointing in the granitic pluton. This is the first formation after we came back into the park on our loop. 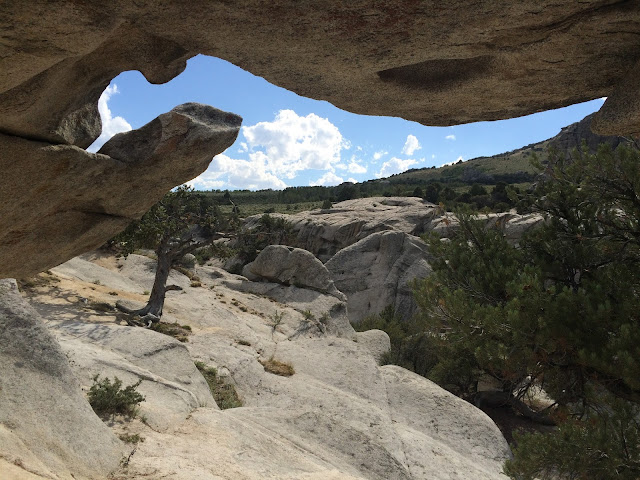 Here is Window Arch, which is probably the best hike in the park. Especially for people with a 5 year old who can't walk that far. 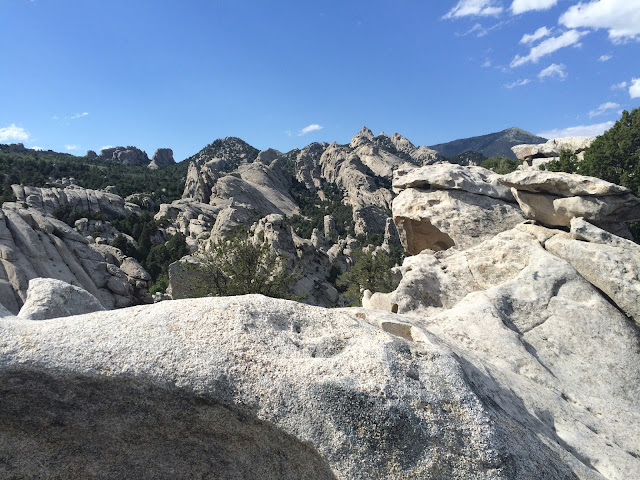 The pathway up to Window Arch, through the Almo Pluton. 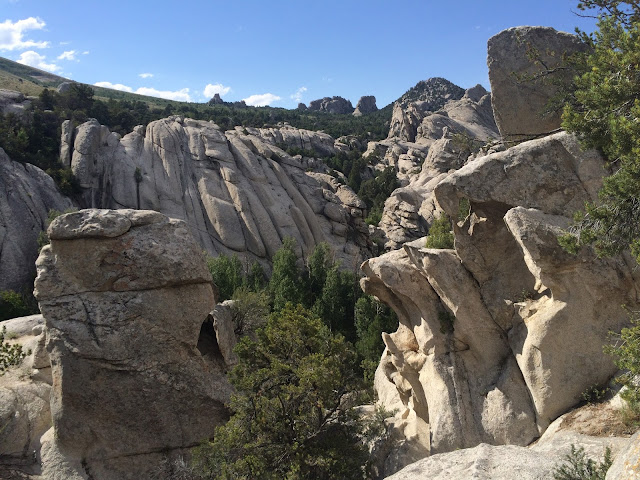 Some nice jointing in the Window Arch area. 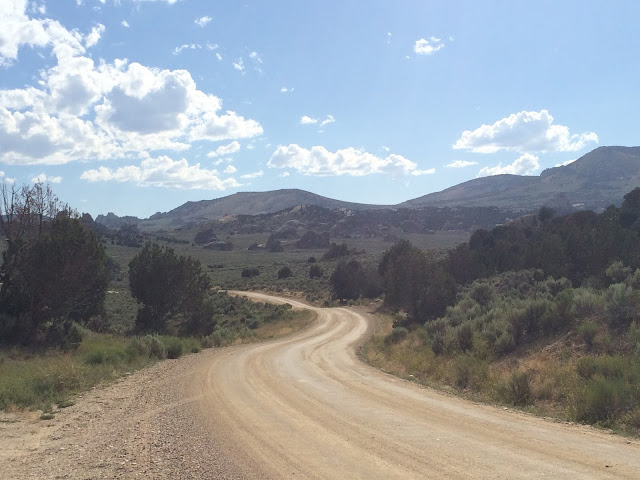 Back along the road, on our way out looking into the City of Rocks, where it indeed looks like a bunch of "buildings" sticking up out of the ground.