Myth: The Asteroid Belt was a planet that was ripped apart.

Currently scientists believe that the Asteroid Belt, located between Jupiter and Mars, never actually formed into a planet. There is evidence though that a proto-planet did initially form but it never fully consolidated. The competing gravity wells from Jupiter and the sun were too great for one to finish forming. 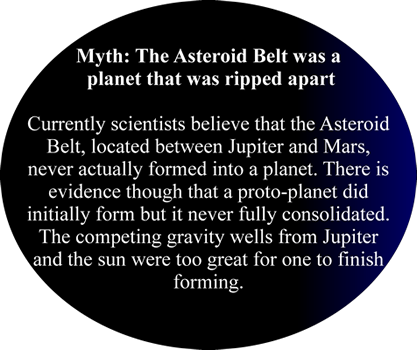