When Pluto was demoted from a planet, there was a new category created called “Dwarf Planet”. Unlike a planet, a dwarf planet does not need to clear its orbital neighborhood. In addition to Pluto there were four other dwarf planets identified within about two years. One is Ceres, the largest asteroid in the Asteroid Belt between Mars and Jupiter. The others are in the Kuiper Belt or beyond, which is out beyond the orbit of Pluto. These are Eris, which is larger than Pluto, Haumea, and Makemake. 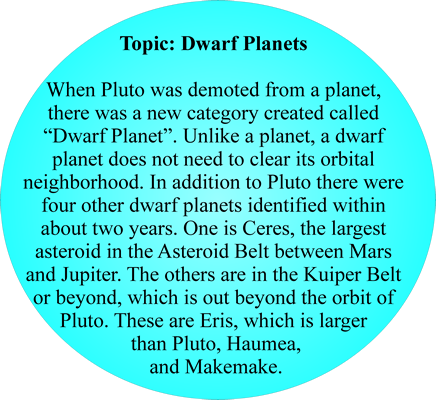