Question: Do the continents move at the same rate that fingernails grow?

The continents have been clocked at pretty accurate speeds using GPS. It is known that the plates move at speeds between 2 and 10 cm/yr. Fingernail growth on the other hand grows on average up to 4 cm per year. So, most plates do move at the speed of fingernail growth but some, like the Pacific Plate can move over twice as fast. 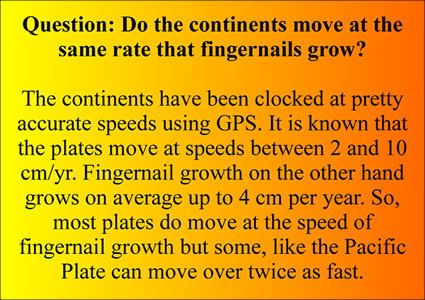