While often true in terms of human perception (not in geological terms) there are some notable exceptions. One of the fastest growing volcanoes in recorded history is a cinder cone that came up in a farmer’s field in Mexico. The volcano, Parícutin, grew over 336 meters in 1943 when it first appeared. 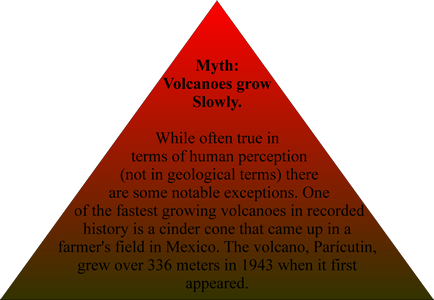