In my ever present attempt to be right on top of things, I am only now able to post about my attempt to document the August 21st, 2017 solar eclipse. I figured since today was the two year anniversary of the event, I would take that as a cue to get this up. I should start off by noting: you NEVER look at a solar eclipse straight on. It can burn out your eyeballs (or something to that effect), so you want to have a work around. Either a solar filter or a pinhole camera (as described below) work best.

Overall, I have been getting better at taking pictures of the eclipses and that is partially because I have been using better equipment. Here are my previous attempts (if you scroll through all my "Eclipse" tags).

I started off by buying a solar filter for my camera. A cheap alternative to buying a whole solar lens. And although it may not have been perfect, I think it actually worked really well for a fraction of the price. 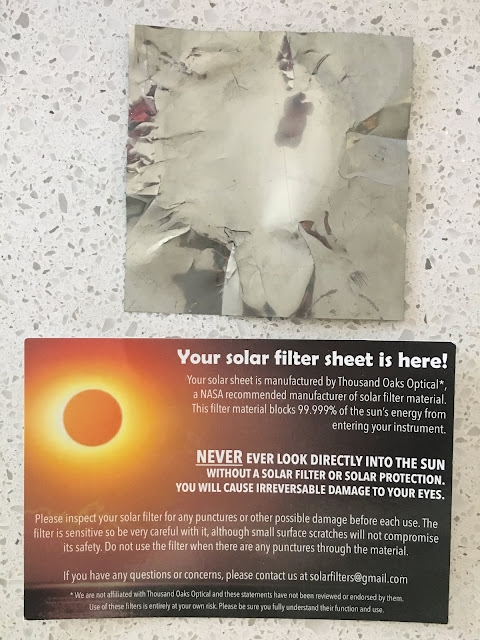 Here is our Canon DSLR all rigged up with the solar filter. 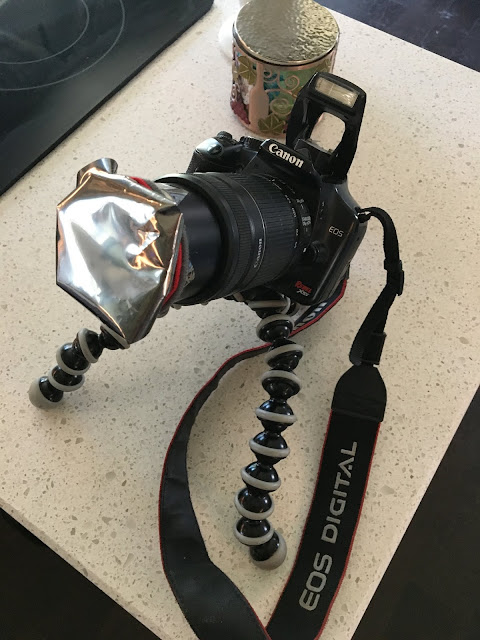 Don't worry, we also had our Solar Sunglasses. Here is my daughter checking out the eclipse with me. 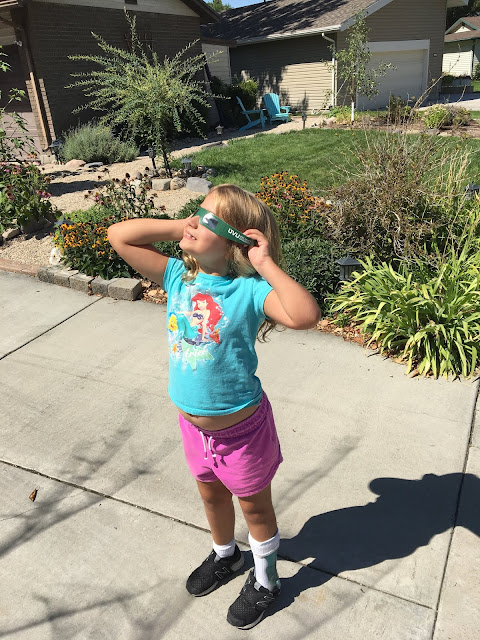 Selfie with my glasses and the sun at the start of the eclipse. 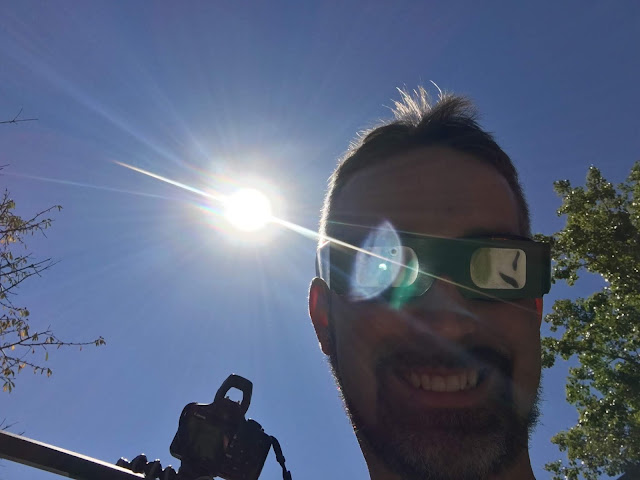 They worked really well, but taking pictures through them was a bit difficult. 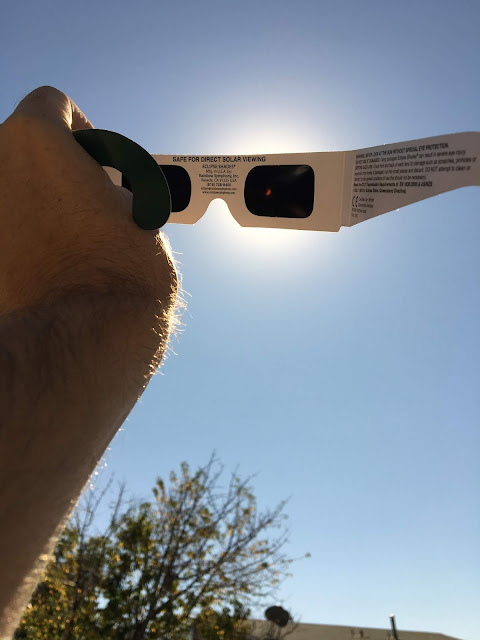 One thing to note about the Solar Eclipse. There are ways to watch the eclipse where you make a pinhole camera. Basically put a small hole through a cardboard box and on the bottom of the box you can see the eclipse as the moon moves across the sun. Trees actually do the same exact thing, since the gaps between the leaves act as millions of tiny little pinhole cameras. So if you have a leafy tree nearby you can actually see this phenomenon played out a thousand fold in the shadows. 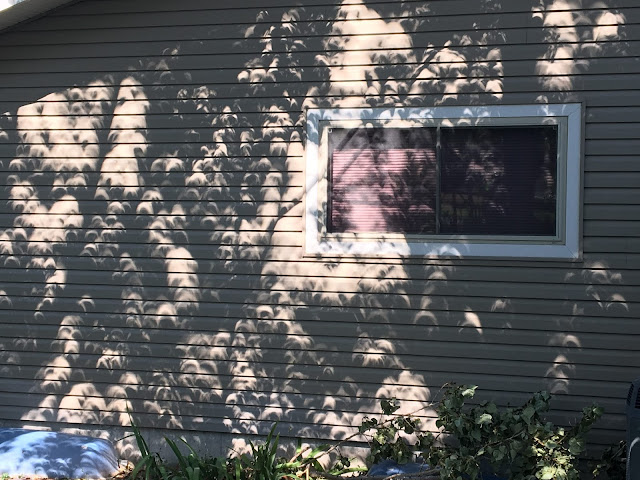 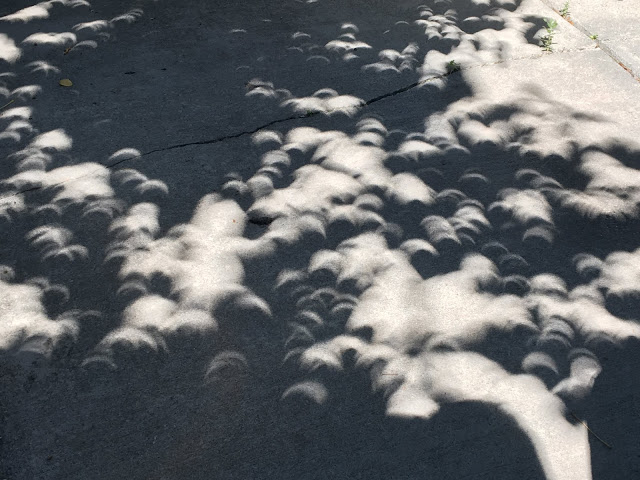 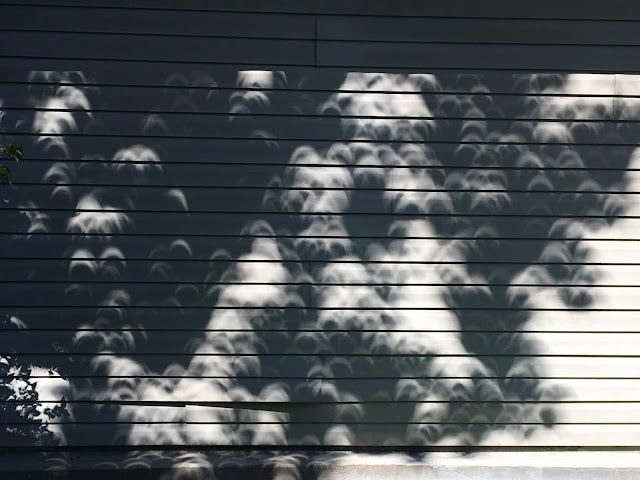 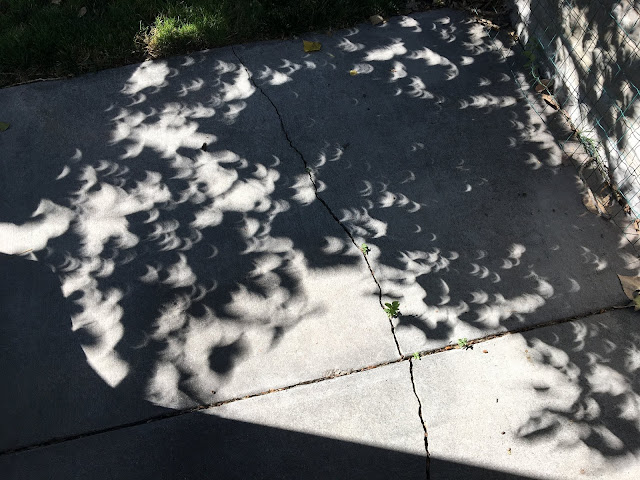 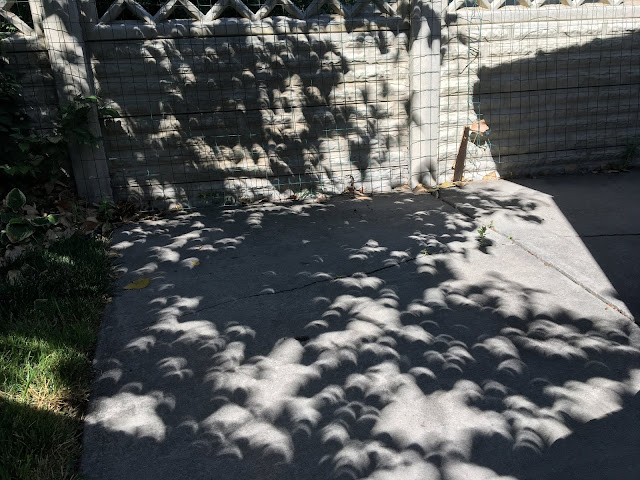 I went and took pictures of the eclipse every 10 minutes to try and get a full progression of shots. What ended up happening was then I was able to line them all up and show a really good time-lapse of the event. Since I live down in Utah, I was slightly off the "full eclipse" line but we still ended up getting about 80-90% coverage.

Here is the eclipse towards the beginning. 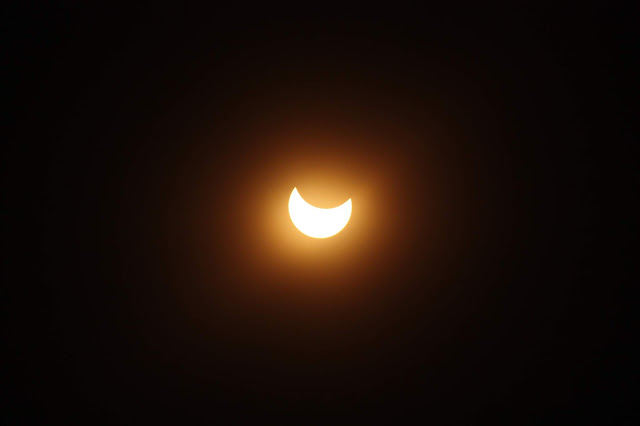 Here is the eclipse about mid-way. 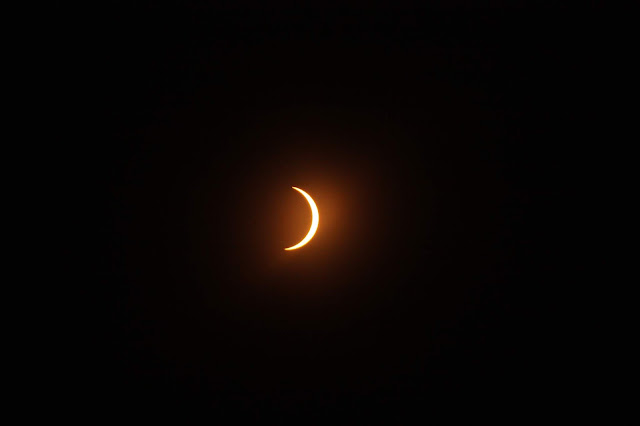 And here is the eclipse on the back half. 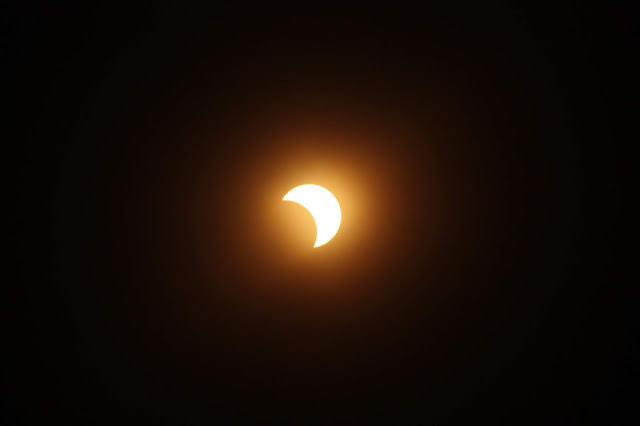 And here is my complete time-lapse of the event.