DINOSAURS!: From Cultural to Pop Culture - 1930: The Sinclair Dinosaur

For anyone that has driven around the western United States and had an eye out for dinosaurs they have likely seen a statue of the Sinclair Dinosaur outside of Sinclair Oil stations or other gas stations that sell Sinclair Oil (such as Holiday Gas).

The dinosaur, with the apropos name of DINO, was first introduced as the Sinclair mascot in 1930 and quickly became very popular with it being registered as a trademark in 1932.

Upon creation for the logo, the dinosaur was originally referred to as a Brontosaurus, however scientific consensus since that time determined that the Brontosaurus was more correctly to be called an Apatosaurus. This is because they were deemed to be the same animal and the Apatosaurus was named first, hence the name takes priority. Recent research however has cast that into doubt and the name of "Brontosaurus" may yet again be a valid name (Tschopp et al., 2015). It is unknown if Sinclair is going to change DINO back though.

Following the success of DINO, the dinosaur started to appear in more locations. In the 1960's fiberglass installations of DINO began to appear at Sinclair Oil stations, a tradition that still continues today. I personally love the fact that this particular DINO we found had a saddle attached. This made for perfect photo opportunities to be sure. 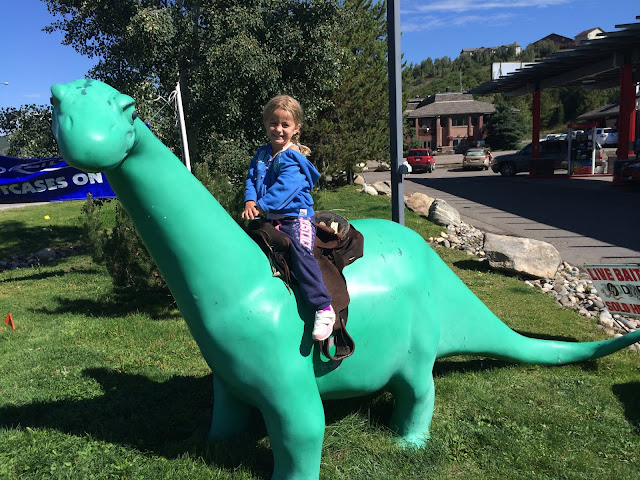 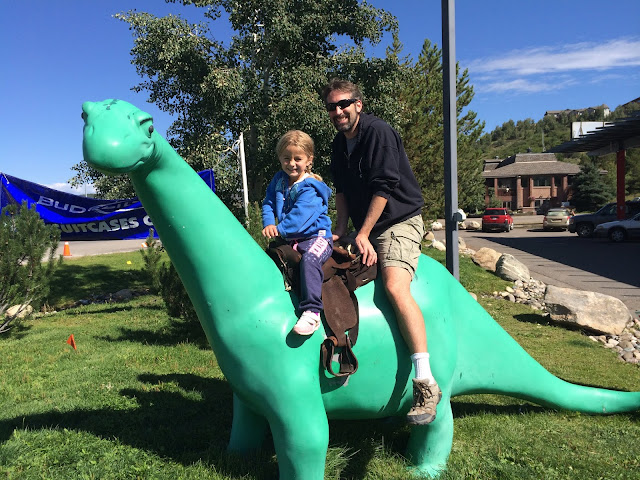 Not only was DINO introduced around the country in the form of fiberglass models but it began showing up in the Macy's Thanksgiving Day Parade in 1963. And although he stopped attending in 1976, he thankfully began again in 2015.

I would be remiss if I didn't point out that despite the popular assumption that oil comes from dinosaurs (hence the use of a dinosaur as a symbol of an oil company being a smart move), oil doesn't actually come from dinosaurs. As was pointed out in a previous Geology Fact...

Despite the common misconception, most fossil fuels do not actually come from dinosaurs or fossils for that matter. Oil and natural gas formed mostly from bacteria that died and blanketed the bottom of the sea before being buried and “cooked” into the fossil fuels we all know and love.

Check out all of the previous entries for DINOSAURS! From Cultural to Pop Culture, aligned in chronological order, here at my website.