Geology of the National Parks Through Pictures - Tumacácori NHP

Following our trip to Sagauro National Park, we drove south towards the border to visit our next park, a small historical park preserving a local mission. Typically historical parks are limited on their geology, but there is always geology if you look hard enough. 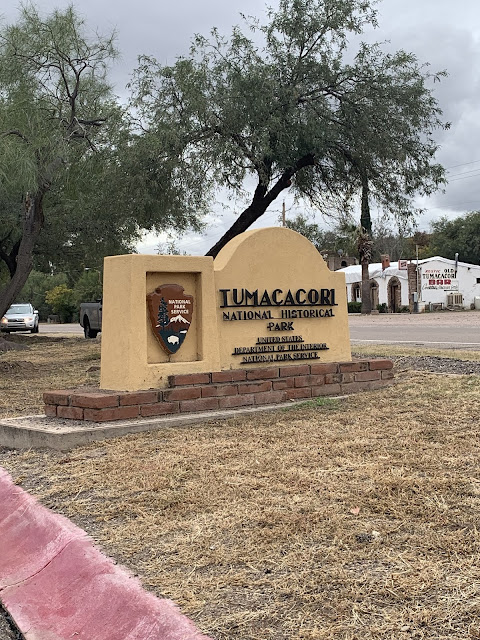 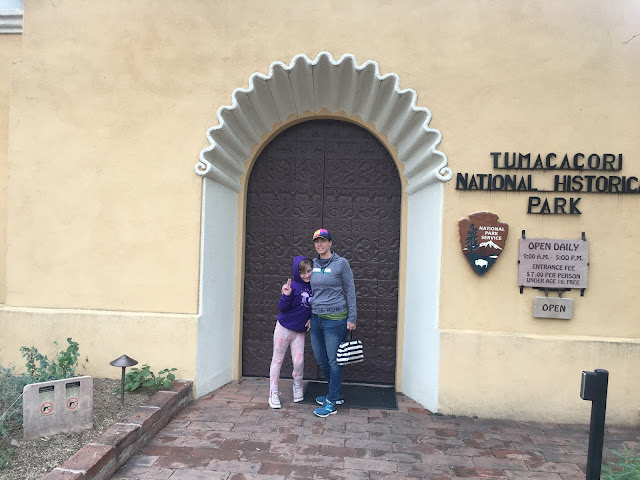 The family all excited to visit another park :-) 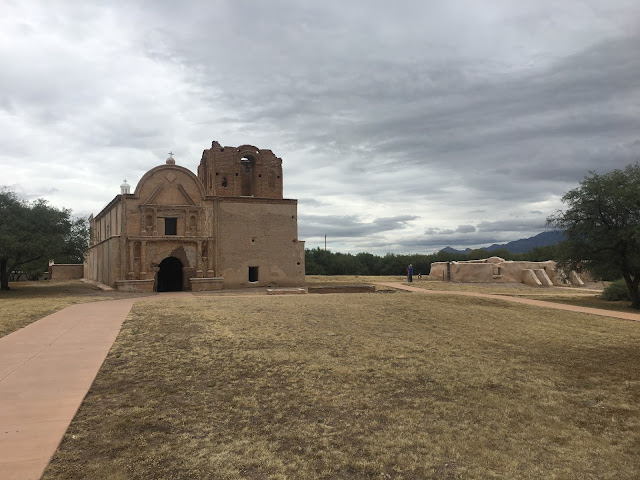 The main church of the mission that remains standing today. The name Tumacácori (pronounced Too muh kä' koh ree) is interesting because it is a Spanish phonetic rendition of the local O'odham name for their local village. The source of the name in O'odham has been lost to time but it is though that it could mean "caliche hills" representing the desert limestone surface deposits in the area. 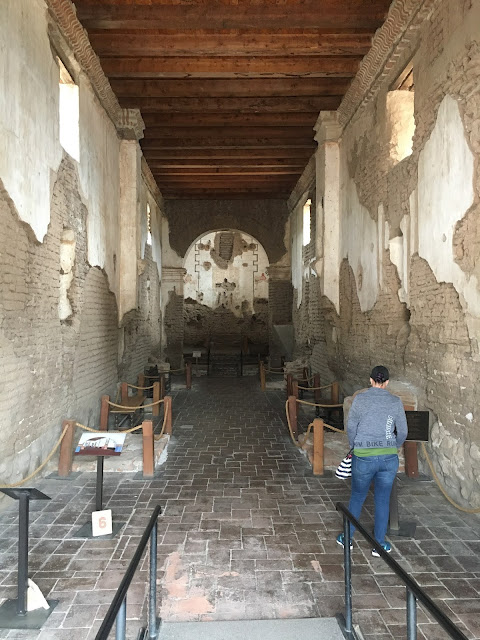 Built in the early 1800's, the mission is composed of adobe bricks and plaster. Adobe is a composite material of mud and plant material, often straw, and then baked in an oven. The plaster used was produced from the baking of local limestone, discussed more below. 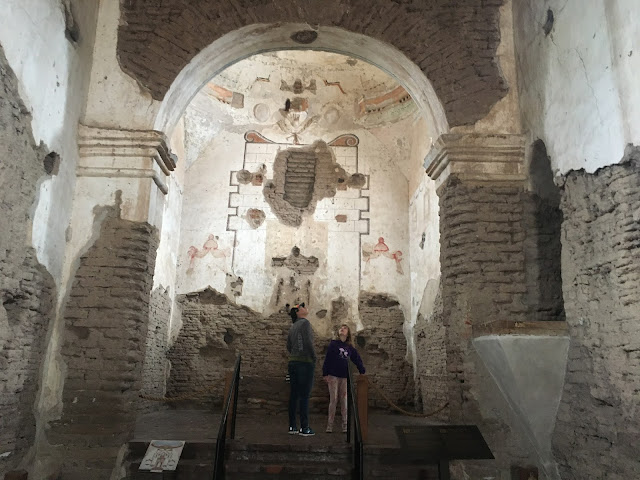 The central alter still preserves some of the original paint on the walls 200 years later. 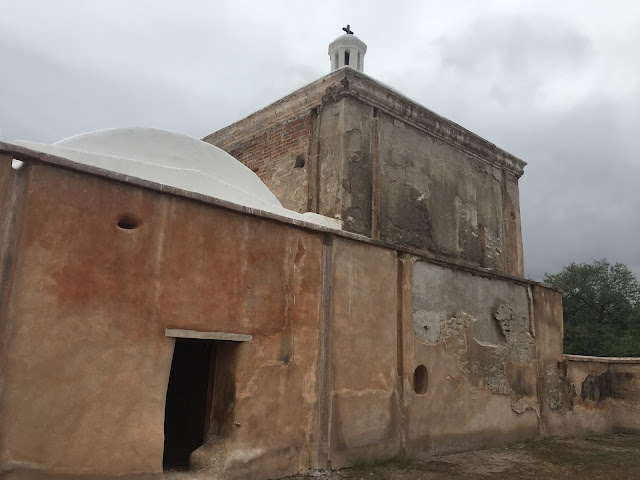 The outside of the main church. 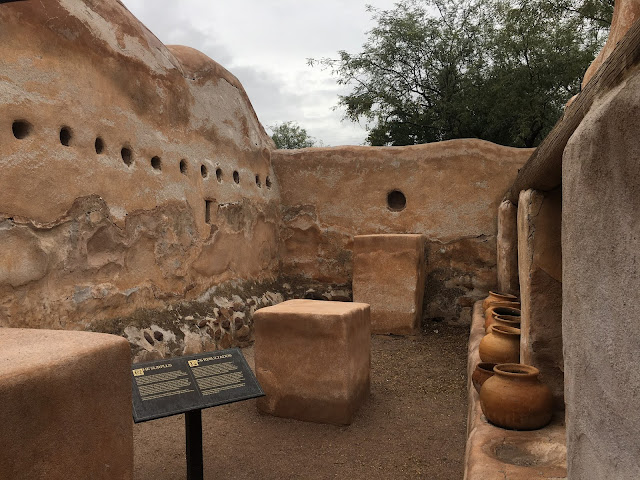 The remnants of the storeroom building. 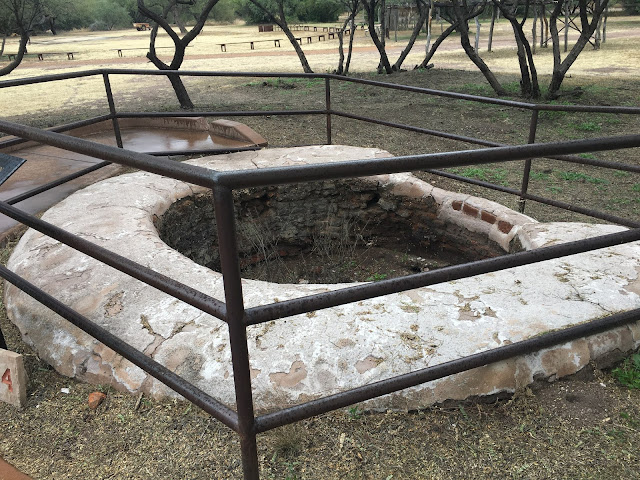 The lime kiln: where all the geology happens. At the kiln, limestone was loaded onto a heavy metal grate and then cooked over a fire. The limestone blocks would begin to swell and crack, at which point they would then be hammered into powder. The powder was then mixed with water creating a paste, and then mixed with sand producing the plaster. The plaster was then ready to be used on the local buildings.

The official source of the limestone was never recorded, however it is assumed to have come from the Santa Rita Mountains, some 25 miles away to the north. Doing some research of my own, I would say that a likely rock unit that the limestone came from was the Late to Middle Pennsylvanian (~300 million years old) Horquilla Limestone from the nearby Mt. Hopkins. Other than being one of the few limestone formations in the nearby mountain, it is also estimated at ~1,000 ft in thickness, making it an abundant source of limestone. The Horquilla Limestone is a fine-grained, medium- to light-grey limestone, interbedded with siltstone and conglomerate beds.

Another view of the main church with the remains of some of the other buildings within the mission. 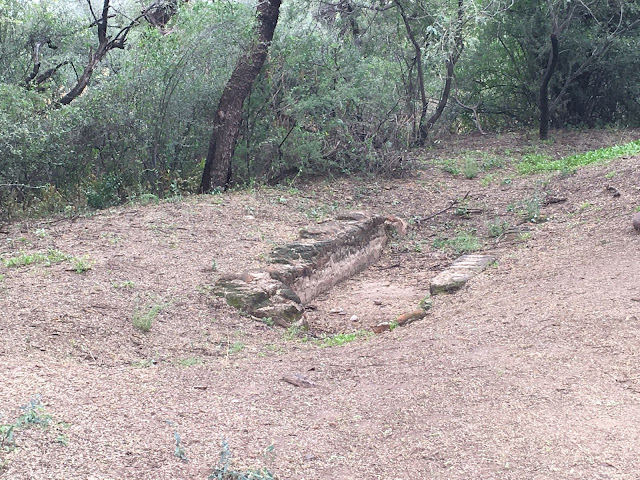 The Tumacácori mission was located within the Sonoran Desert, which gets on average 3 to 15 inches of rain a year, making it one of the driest places in North America. So, one of the most important features within the desert landscape was the source of water. Here is the remains of the acequia, or irrigation ditch. This is where the mission would redirect the water from the neighboring Santa Cruz River.