Geology of the National Parks Through Pictures - Tonto National Monument 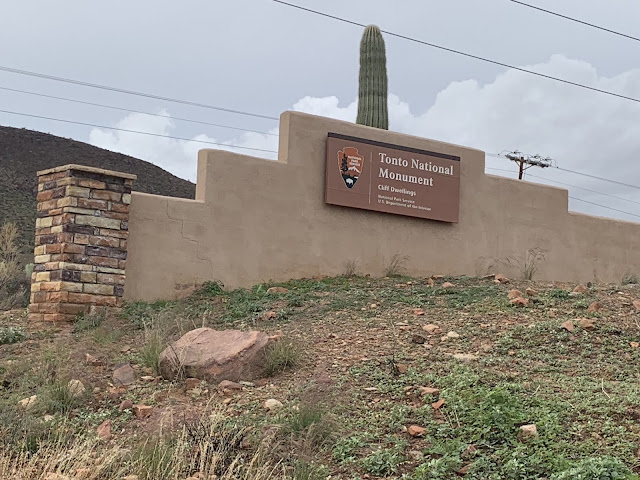 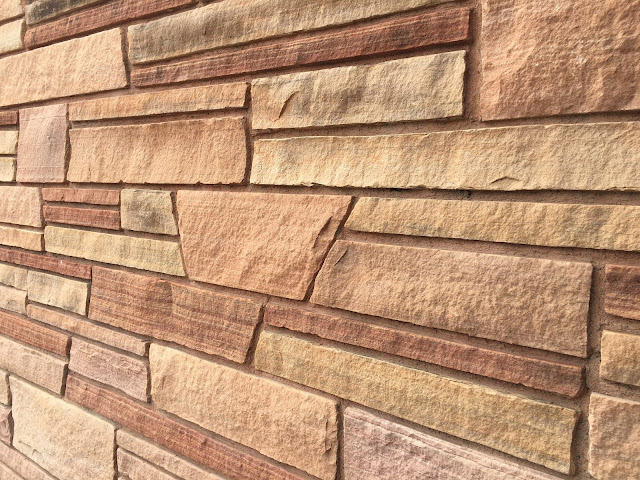 The walls of the Visitor's Center were likely built using the local quartzite, which is the same formation which the cliff dwellings are located within and built from. By the looks of it, these Visitor Center bricks appear to be formed from the Lower Member of the Dripping Spring Quartzite, while the caves are located within the Upper Member. The Lower Member is composed of reddish brown sandstone and quartzite, while the Upper Member is composed of black, gray, red, and brown claystone, siltstone, sandstone, and quartzite. 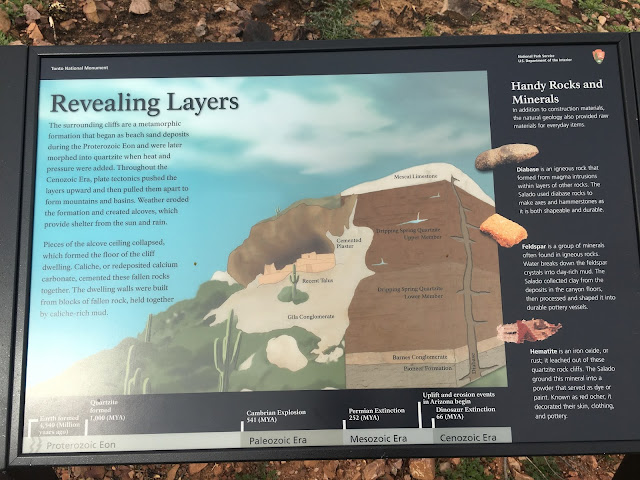 A view of the local geology surrounding the cliff dwellings. The caves are located within the Upper Member of the Dripping Spring Quartzite, while the majority of the hike took place on top of the Gila Conglomerate. 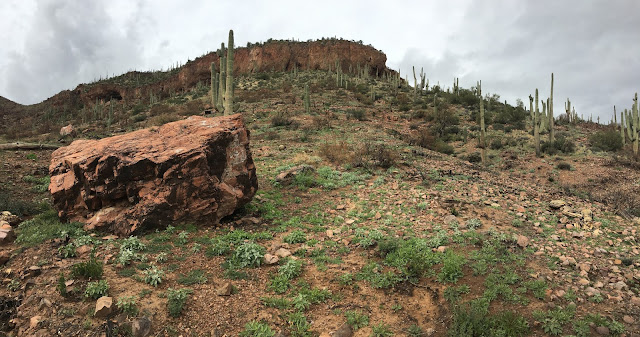 View up the slope along the hike towards the Lower Cliff Dwellings. Looking up you can see the Upper Member of the Dripping Spring Quartzite, while we hiked up the slope of the Gila Conglomerate. 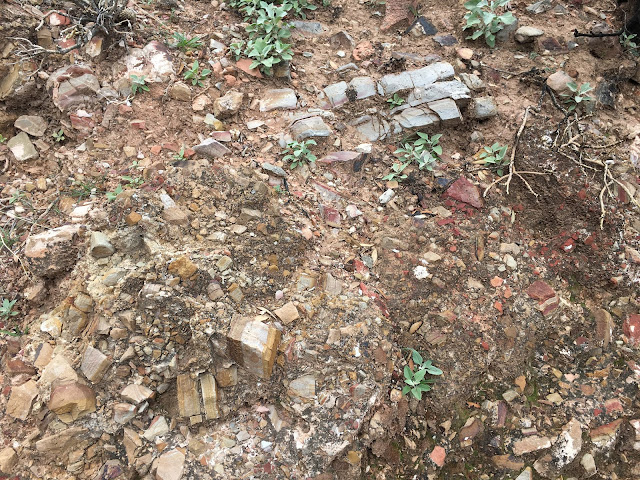 As we hiked along you can see the chunks of rock within the Gila Conglomerate. The conglomerate often contained large, angular chunks of the Dripping Spring Quartzite. The ages of these two rocks also varied significantly. The much older Dripping Spring Quartzite formed from siltstones, sandstones, and dolomites that were laid down withing a shallow sea approximately 100 million years ago. The Gila Conglomerate, on the other hand, is the second youngest rock in the park and was formed from stream deposits that were slowly cemented over time by lime (caliche) that was left behind from evaporating water between 0.5 and 15 million years ago. 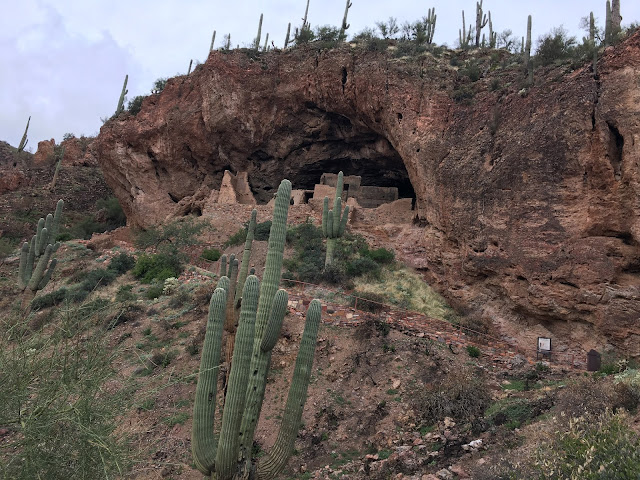 Walking along the path we slowly come to the cave opening where the cliff dwelling resides. The caves are located within a section of the Upper Member of the Dripping Spring Quartzite that was especially susceptible to spalling (cracking or breaking into smaller pieces). As cracks started forming around sometime between 50,000 and 400,000 years ago, water carried away the pieces, enlargening the cave opening over time. 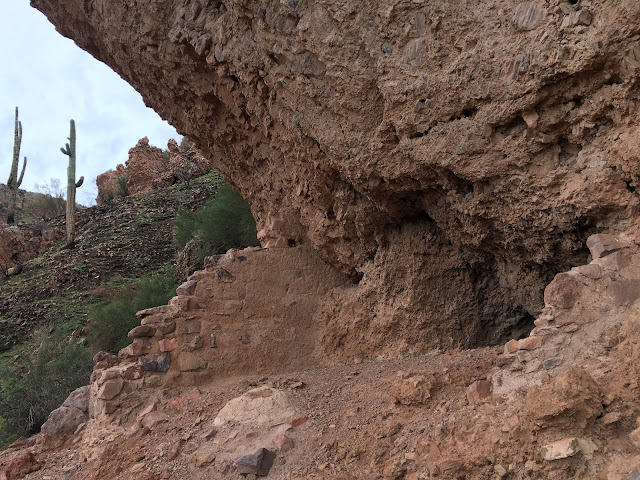 The dwellings within the caves were built around 1300 CE (Common Era) by people of the Salado culture. They lived within these structures for around 150 years, while the climate slowly started to dry out, negatively impacting their agriculture. As life became more difficult, the people started to leave, completely abandoning the place around 1450. 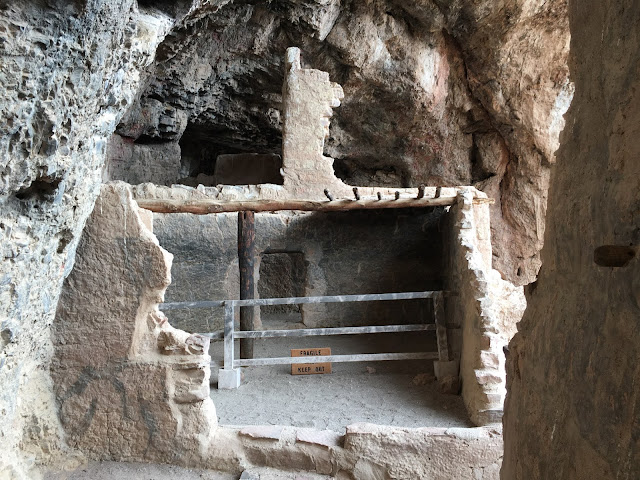 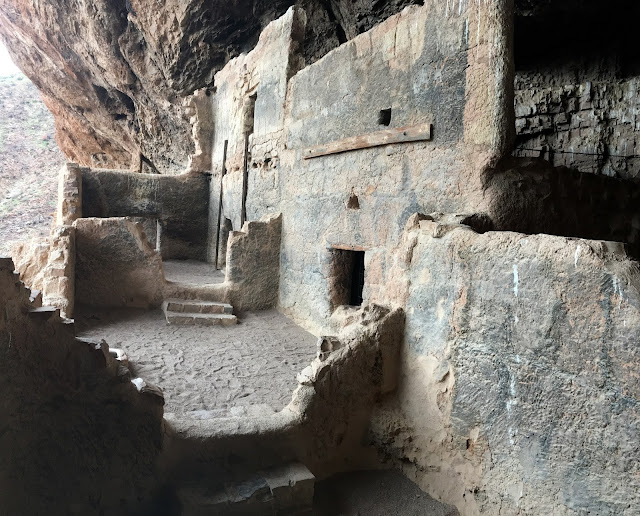 A view of some of the cliff front facing buildings. The caves faced east, which allowed the cliff dwellings to face the rising sun but then would soon be covered in shade in the hot summer sun, while in the winter the morning sun would warm up the cave after the cool nights. 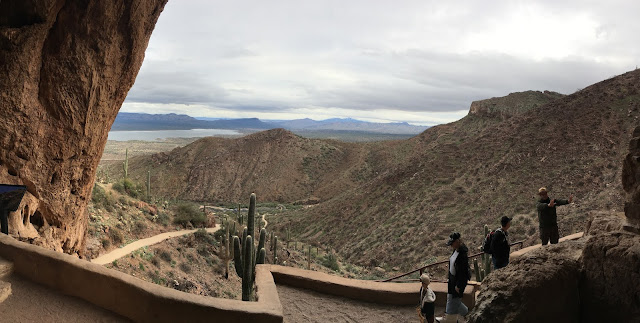 Turning around, here is the view out of the cliff dwellings towards the valley below with Theodore Roosevelt Lake in the distance, a man-made reservoir created from the local Salt River.