Geology of the National Parks Through Pictures - Golden Spike NHP

My next post about the Geology of the National Parks Through Pictures was from a long time ago. We are jumping back to 2008 when we first moved out to Utah and started hitting up the parks in our new home state.

Golden Spike National Historic Site
Golden Spike is the second closest park to our home, but it is still a good few hours drive to get from our side of the Great Salt Lake to the northern side where the park sits. 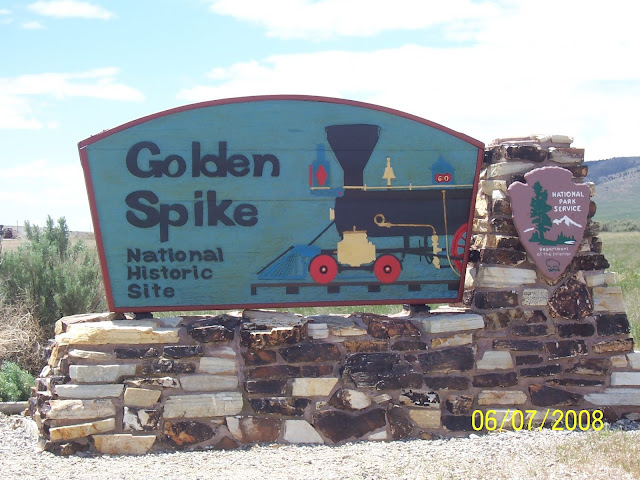 A lovely entrance sign to greet us after a several hours drive. 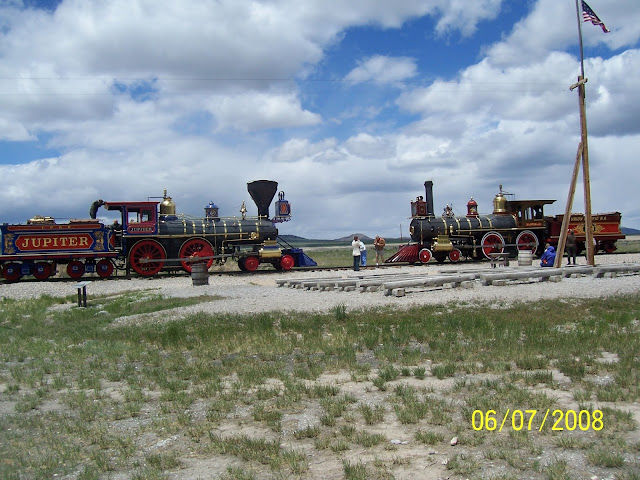 The Golden Spike National Historic Site honors the location where the transcontinental railroad was completed, joining the railroad from the west, the Central Pacific Railroad, with the Union Pacific Railroad from the east. Pictured here are recreations of the trains that met at the Golden Spike ceremony, the Jupiter on the left and No. 119 on the right. 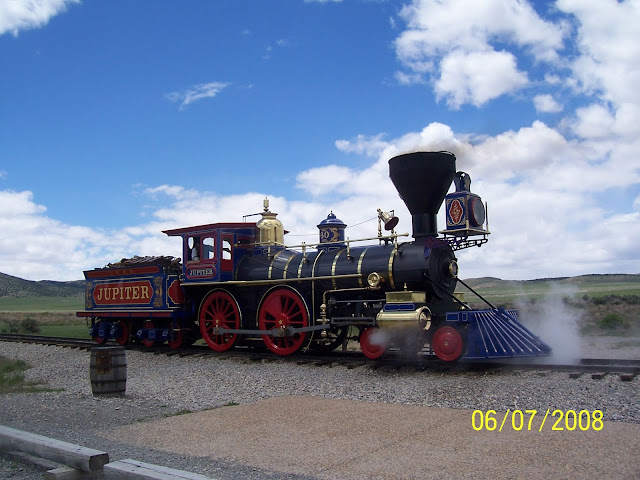 The geology here is slim but I'll do what I can. Seen here is a live demonstration recreating when the trains come together at the last tie for the Golden Spike Ceremony. 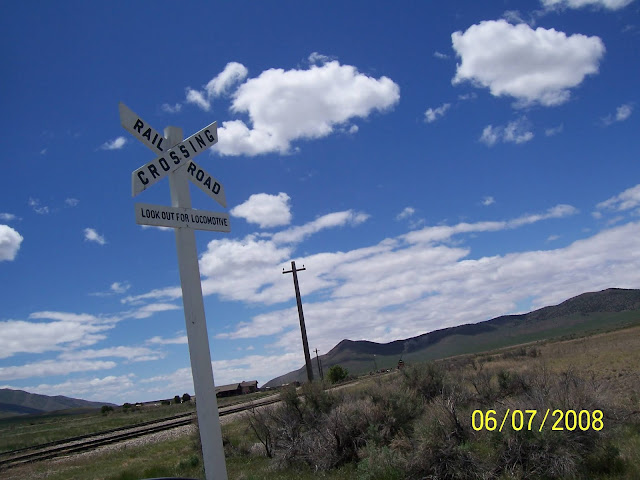 The crossing sign getting to the Visitor's Center. Golden Spike National Historic Site is located near the northern shore of the Great Salt Lake. The largest lake in the United States after the Great Lakes. The lake, and the park, sit within a portion of the United States known as the Basin and Range. This is an area where north-south running mountain ranges are spaced between north-south running valleys. The Basin and Range starts in mid-Utah at the Wasatch Mountains and runs west through all of Nevada to the Sierra Nevada mountains. These alternating mountain and valley lines were formed from what is called extension. The plate within this region is slowly expanding outward and the expansion of the plate is causing very large pieces of the plate within the region to rotate. The rotation tilts the large blocks, resulting with a corner of the block pointing up in the air. This corner becomes the mountain ranges in the region, while the area between these blocks is filled with sediment, forming the valley floors. It is in this region that the Great Salt Lake and the Golden Spike NHS sit. 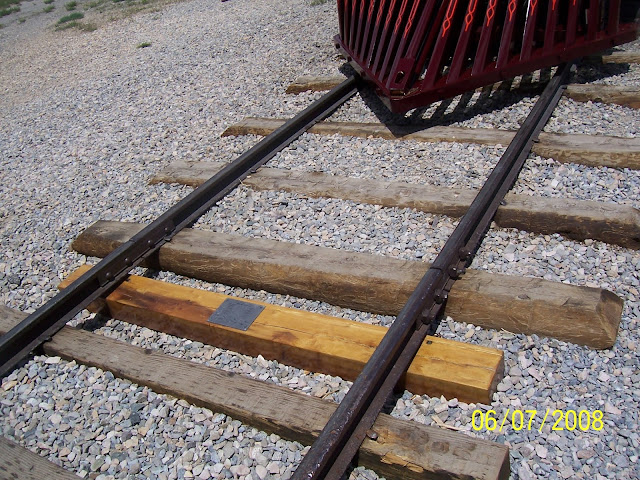 Between where the two trains meet is a copy of the last tie that was laid down upon completion of the Transcontinental railroad. The tie itself was made of laurelwood. It was then laid down with four spikes; 2 made of gold, one of silver, and one a combination of silver and gold. The source of the spikes were from multiple places across the west. I had hoped I could figure out where the metal specifically came from but that is apparently an impossible task.

One of the golden spikes was from David Hewes, a San Francisco contractor who casted a spike from his own personal gold (possibly from California?). The next spike was a forged spike made out of silver from the Railroad Commissioner in Nevada. The 25 ounces of silver came from the Virginia City assayers E. Ruhling & Co (with the silver possibly from Nevada?). The mixed silver and gold spike came from Arizona, which was actually a plated iron spike with gold on the head and silver on the shaft. The final gold spike was a 9.5 oz spike made from $200 worth of  gold that came from Frederick Marriott, a proprietor of the San Francisco New Letter newspaper company. 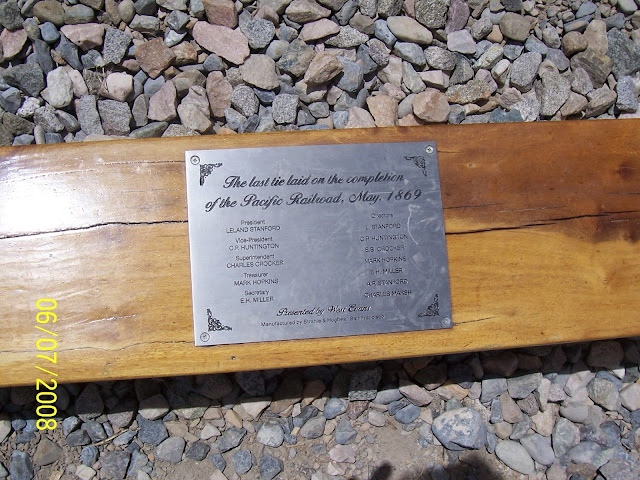 View of the plaque on the last tie that reads "The last tie laid on completion of the Pacific Railroad, May 1869". 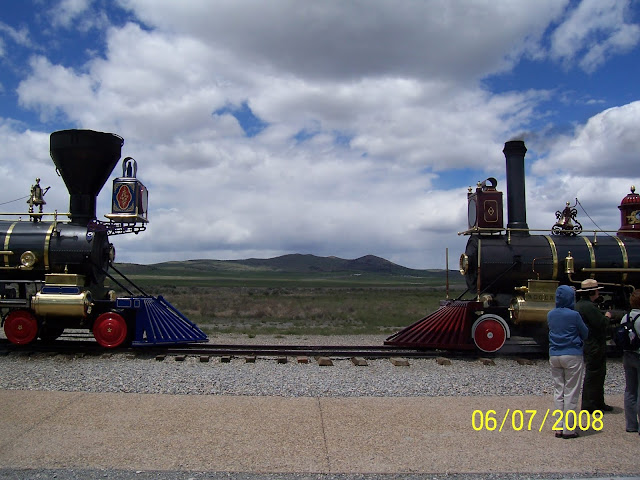 Close up view of the trains surrounding the final tie.