Geology of the National Parks Through Pictures - Glen Canyon NRA

My next post about the Geology of the National Parks Through Pictures was another one long ago. The year is 2009 when the wife and I took our puppies down to go camping at Lake Powell, also known as the Glen Canyon NRA.

Glen Canyon National Recreation Area
Glen Canyon National Recreation Area, also known more commonly as Lake Powell, is a rather large reservoir on the border of Utah and Arizona. It's a great place to go camping, but even a more fun place to take a boat and explore the canyon. Unfortunately this trip was long ago before I was collecting entrance signs, so no entrance sign shot for this one (yet).

Here is the view driving into the main canyon from the south. The geology within the Glen Canyon NRA is fantastic. There are rocks absolutely everywhere! The formation of the area occurred when the entire Colorado Plateau was forced vertically upwards. The reason for this is complicated and I won't go into it right here, but just know that this entire region is being pushed up vertically. Because the region is being pushed upwards, rivers in this region, specifically the Colorado River, are quickly eroding downwards into the ground, creating monumental canyons such as the Grand Canyon. Glen Canyon, upstream of the Grand Canyon, is also along the Colorado River. The Colorado River is dammed just across the Arizona border by the Glen Canyon Dam ,creating Lake Powell within Glen Canyon. 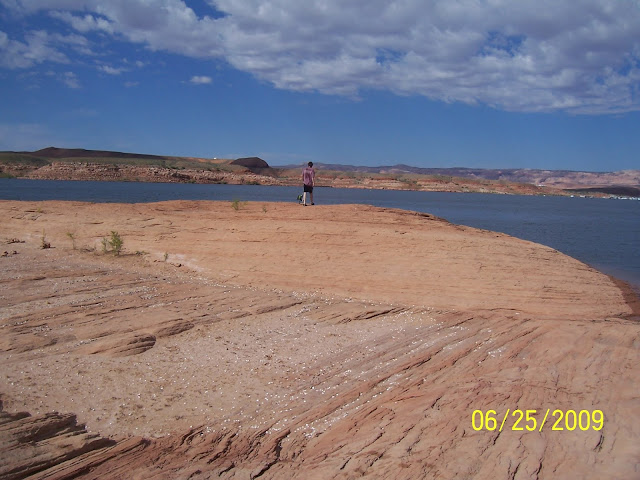 Glen Canyon NRA is so large that it covers a wide variety of rocks depending where within the canyon you are located. We camped near Bullfrog and stayed in this general vicinity for our entire trip so the rocks that we saw are all generally the same age and formation. Most of the rocks within the canyon are sandstones of various ages. The rocks above are rocks within the San Rafael Group, a late Jurassic (170 to 160 million year old) formation of rocks. 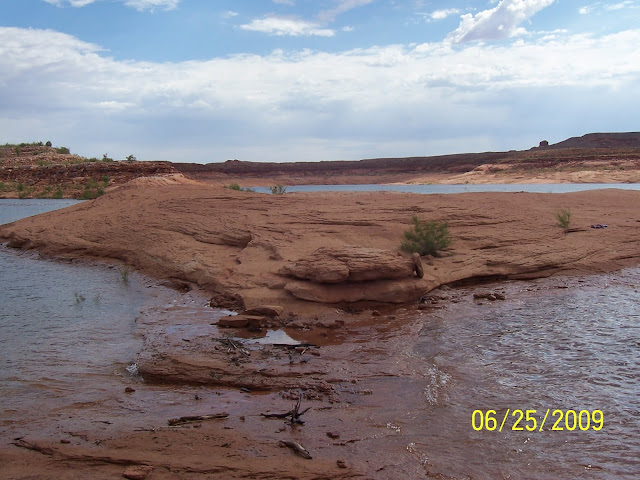 The rocks within Lake Powell sometimes form nice little islands that is possible to walk around. Here is one such island. All of the sandstone pictured here are likely the Entrada Sandstone, a member of the San Rafael Group. Although many of the sandstone units have a tendency to look alike. The Entrada is an aeolian sandstone, meaning that it formed from prehistoric sand dunes. The bed lines seen in the foreground are what is known as cross bedding, formed from the stacking of sand over a sand dune, creating parallel lines that often form at an angle to the way the rock unit (bed) is laying. 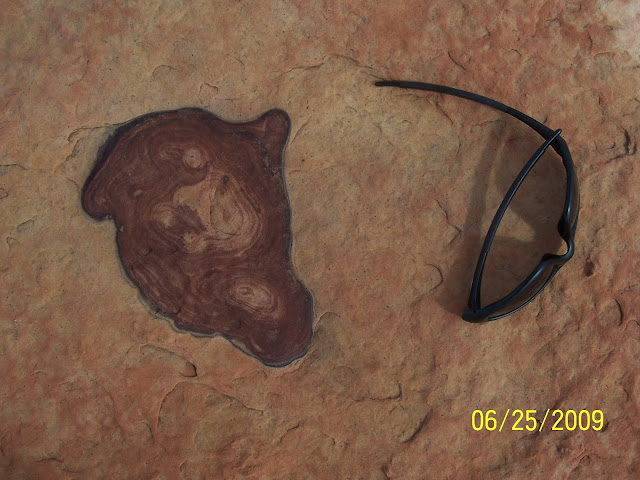 Within the Entrada sandstone I found these weird nodules as well. This is an iron oxide concretion within the sandstone. They likely contain goethite, as well as hematite where it is reddest according to sedimentologist Dr. Marjorie Chan of the University of Utah. 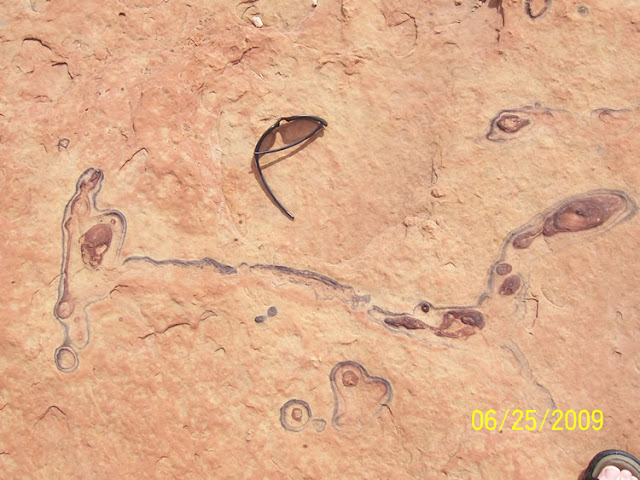 Some more iron oxide concretions within the sandstone. These are more common in the Navajo Formation, known colloquially as "Navajo berries". It is uncertain exactly how they form though. 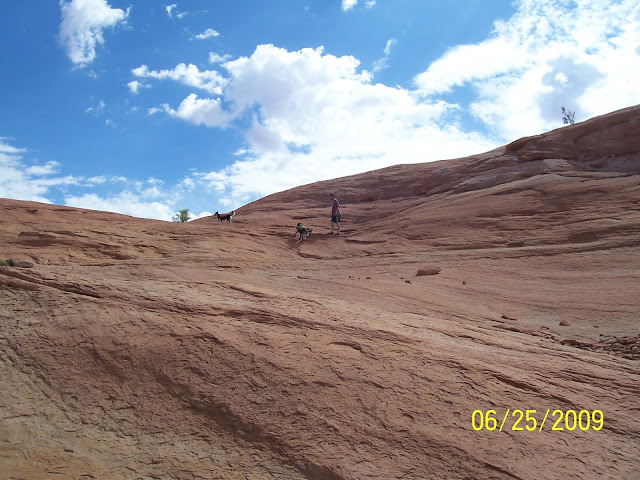 Walking with the puppies along the slickrock surfaces of the Entrada Sandstone. 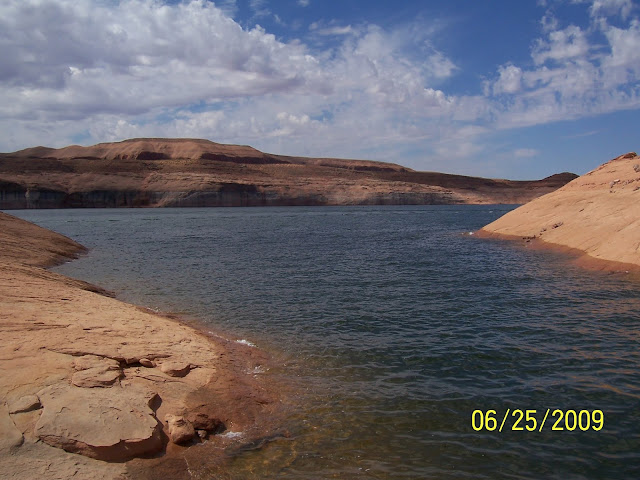 View into the distance of what is likely the Romana Sandstone, another Late Jurassic sandstone, which lies on top of the Entrada Sandstone. 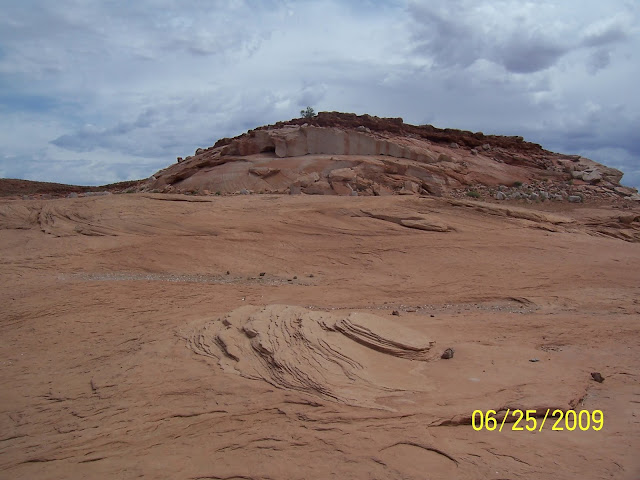 View across the water from the Entrada Sandstone island.

View of the lake from our campsite near Bullfrog.