My next post about the Geology of the National Parks Through Pictures is another post playing catch-up with trips from long ago with a trip in 2009 down to southern Utah's National Parks. Unlike most of the other parks in Utah, I have yet to go back to Bryce Canyon but hopefully sometime in the future.

Bryce Canyon National Park
Bryce Canyon is one of Utah's most famous National Parks and it is truly a beauty to behold. While we were there we ended up doing one of the trails where you can hike down amongst the hoodoos, which I highly recommend. 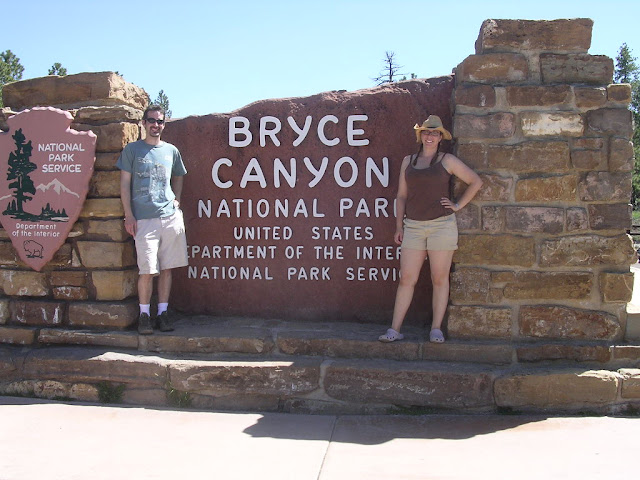 Doing the entrance sign shot before it became routine. 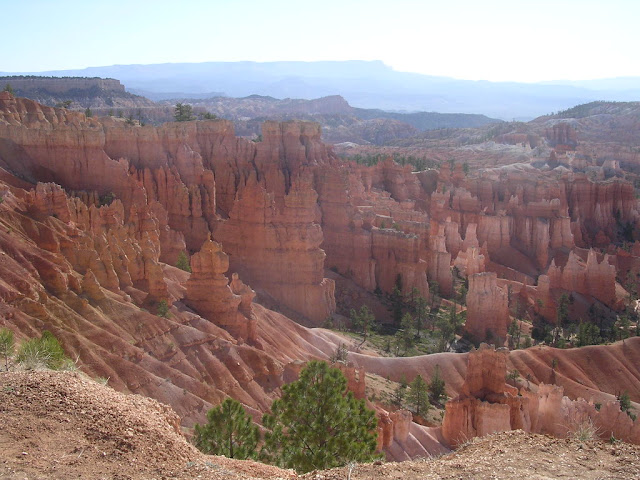 Bryce Canyon, much like the other nearby National Parks including Zion National Park and Grand Canyon National Park, are part of the Colorado Plateau. This is a large area covering the four corners region where the rocks have been severely forced vertically upwards. And like those nearby parks, Bryce Canyon covers a large range of geological formations, however there really is only one formation that is the star of the show here; the Claron Formation. 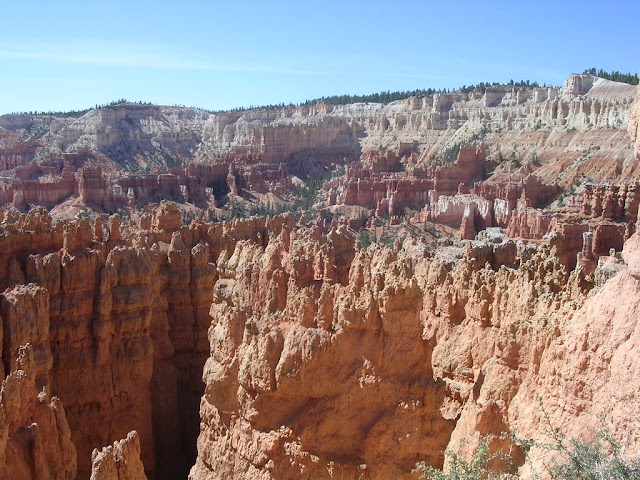 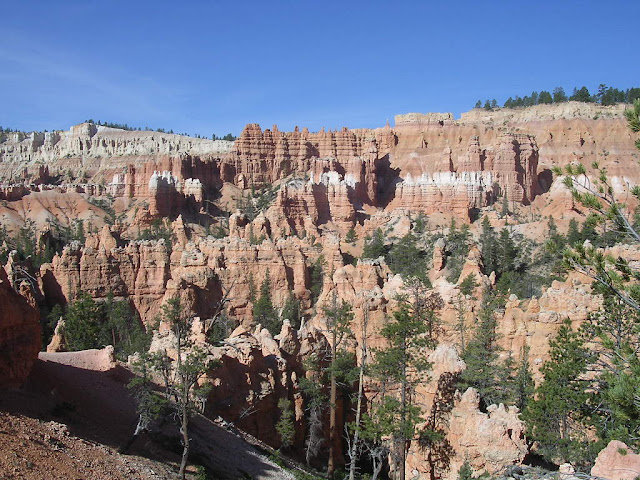 The White and Pink Limestone Members of the Claron Formation were deposited during the Eocene Period, approximately 60 to 50 million years ago. During that time, this part of Utah was covered by a vast lake, depositing thick layers of calcite that eventually consolidated into limestone. The Claron Formation also includes beds of siltstone and dolostone (like limestone but with dolomite instead of calcite). Limestone is also the same rock that caves form in because they dissolve in slightly acidic water. 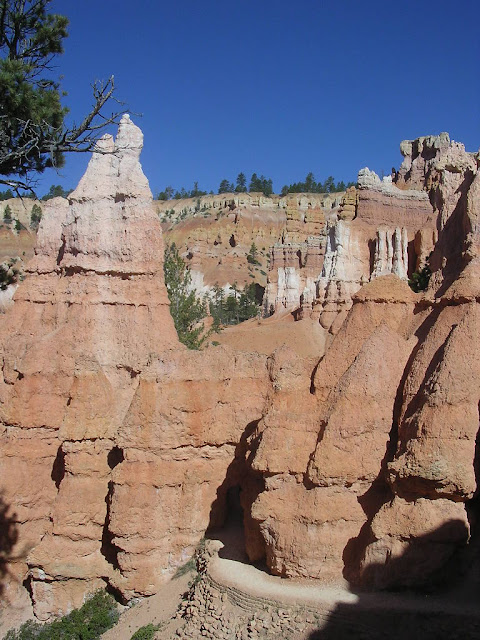 Bryce Canyon is located at such an elevation that the temperature fluctuates above and below freezing frequently within the same day. In fact, it fluctuates across the freezing point more than 200 days a year. 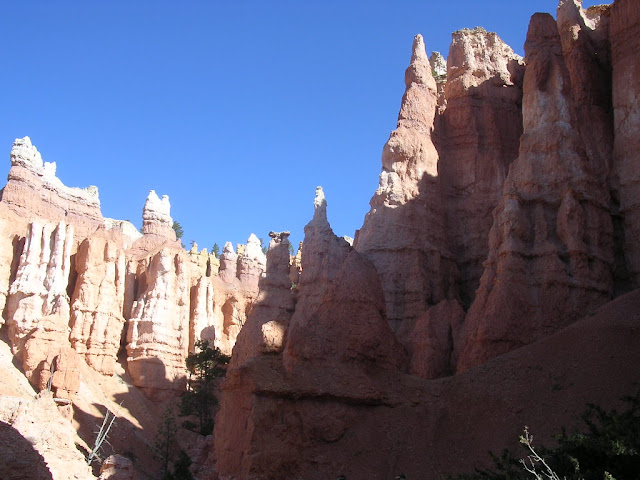 One of limestone's properties is that it has a tendency to crack along parallel lines, called joints. When the cracks start to form within the limestone, water then is able to seep into those cracks. Water seeps into the cracks during the warmer days then freezes during the colder nights. This expansion of the water creates what is known as "ice wedging", which physically pushes the rock pieces apart. 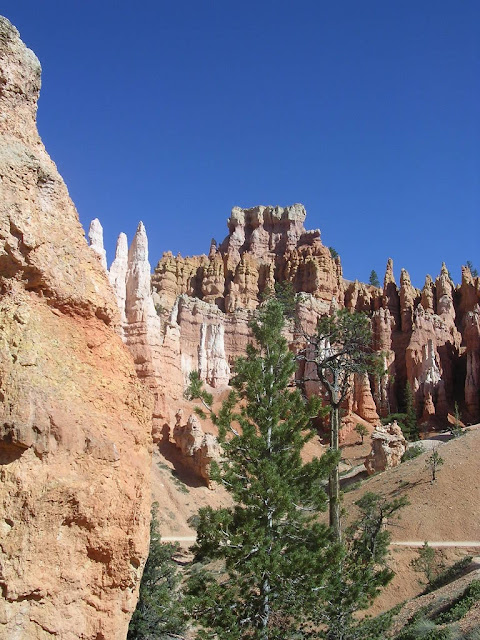 Eventually the ice wedging slowly breaks the edges of these cracks enough for pieces to start to break off. Over time the vertical, parallel cracks start to widen leaving behind these pinnacles of rock. These are the structures known as hoodoos. If you know anything about caves as well, you know that most cave formations have a smooth surface due to the water dissolving the calcite in the rocks and redepositing it as cave formations. That same dissolution is happening here, which gives the hoodoos their smooth surface appearance, as compared with the more rough and angular arches at Arches National Park. 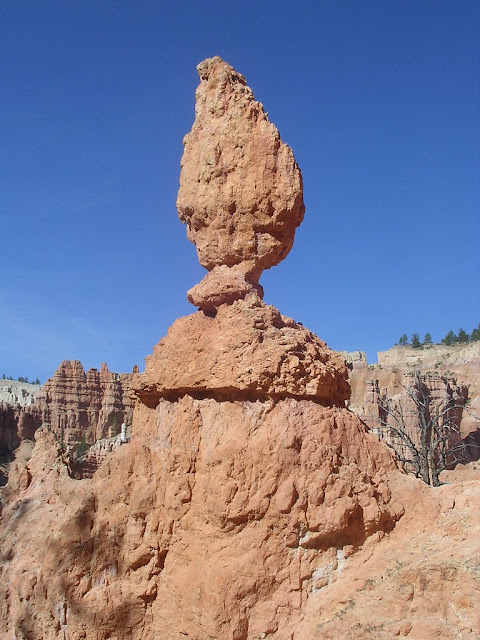 Different layers within the limestone erode at different paces, especially along the bedding planes, creating these balancing rock structures and hoodoos that have thicker and thinner parts. 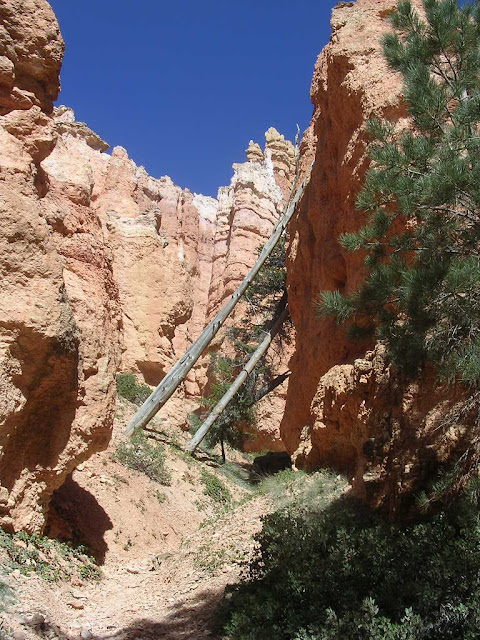 But overall they provide the viewer with a beautiful effect during a lovely hike amongst the hoodoos as well as overlooking from above. 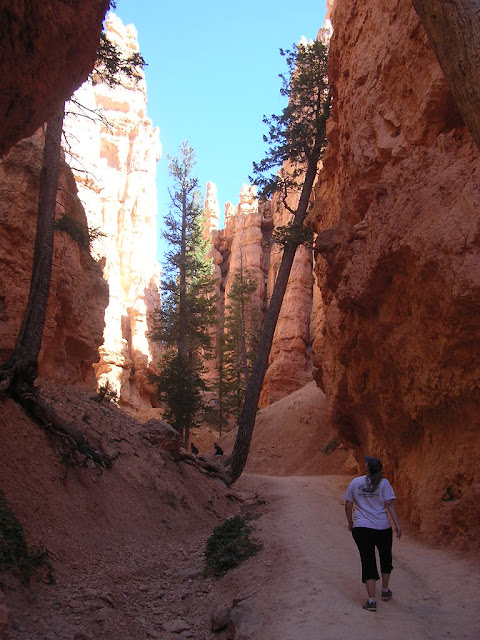 The cracks within the limestone have become large enough that rather steep valleys are all that remains of the rocks in this area. And since the valleys now concentrate the water, the valleys are where the most erosion occurs, further emphasizing the already steep valleys. 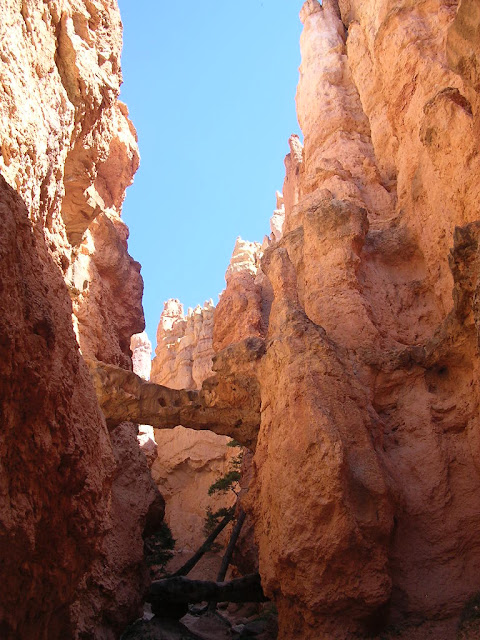 Looking up one of the narrow valleys with a bridge of limestone still connecting various pieces, or more likely, a fallen hoodoo. 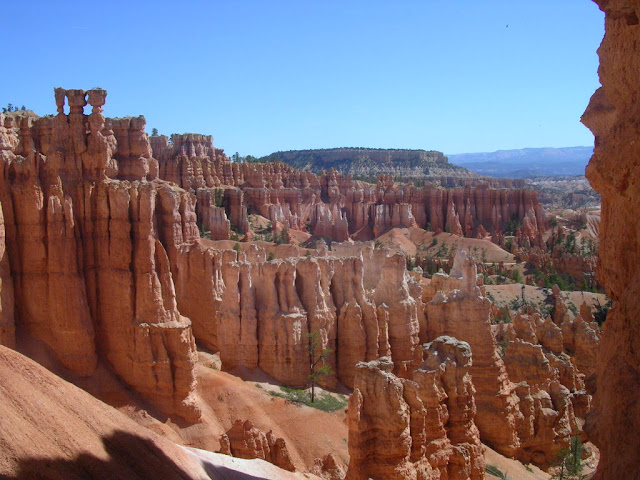 View across the hoodoos from near the end of our hike. The red coloration is due to a large percentage of iron and oxygen within the limestone when it was deposited, creating rust. The upper White Limestone Member had much less oxygen and/or iron when it was deposited, leaving behind a stark white rock. The differences in the coloration throughout the Pink Limestone Member are due to the variations of the amounts of iron and oxygen during initial deposition.

Here is an overlook into the surrounding valley, off into the older rock units surrounding Bryce. The White Limestone Member can be seen to the left of the photo as well.