Geology of the National Parks Through Pictures - Hovenweep National Monument 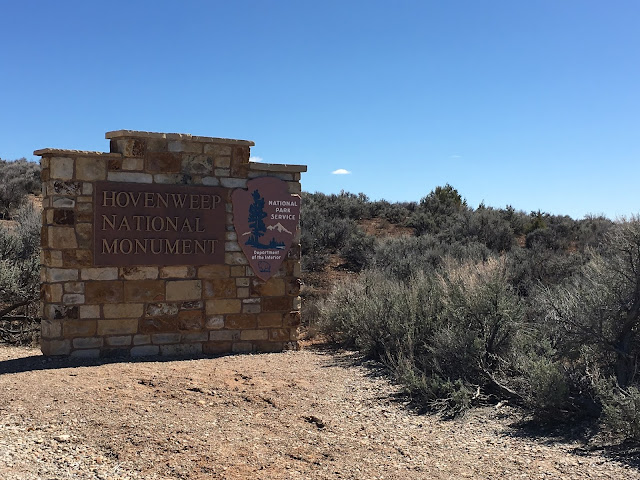 Entrance sign highlighting the high desert of the Colorado Plateau. 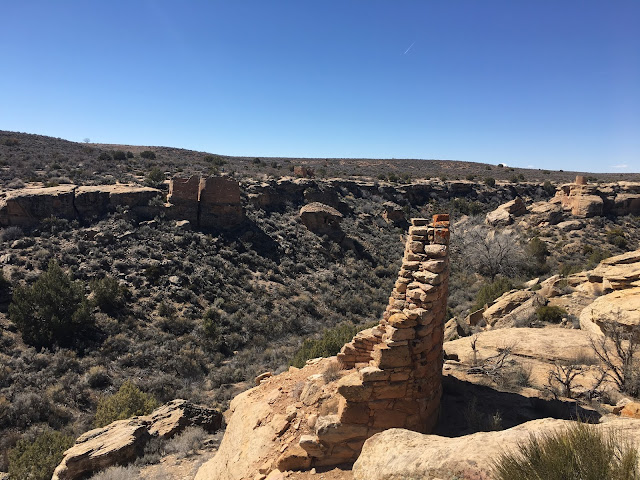 Hovenweep is represented by several buildings within this area that are estimated to have been built between 1230 and 1275 CE by the ancestral Puebloans. The name "Hovenweep" means "deserted valley" in the Ute/Paiute language and was given that by William Henry Jackson, a pioneer photographer who was here in 1874. Hovenweep itself is located on top of the Cajon Mesa, which is tilted towards the southwest. There are other districts and buildings of the Hovenweep National Monument across the border in Colorado, however they were not accessible at the time we were down there. 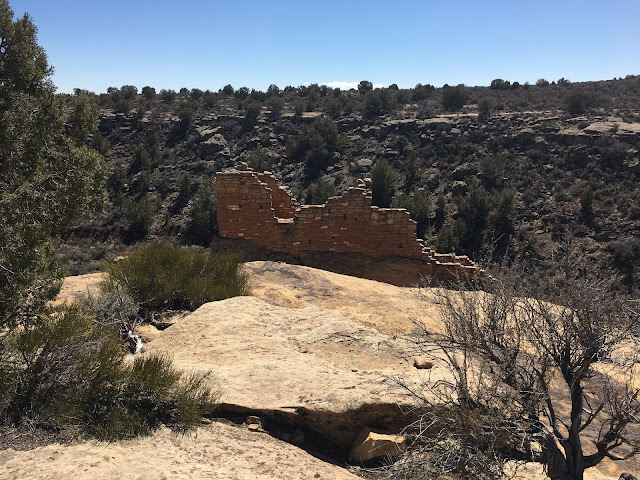 There are two rock units within the park. The primary rock unit is the Dakota Sandstone. This is the rock that forms the rim of canyon. The Dakota Sandstone is Early Cretaceous in age, ~100 million years old, and represents the western shore of the very large Cretaceous Interior Seaway. The Dakota is made up of yellow to grey sandstones, mudstones, and a few thin beds of coal. These were deposited within a wide range of coastal environments including deltas, alluvial fans, and coastal deposits. 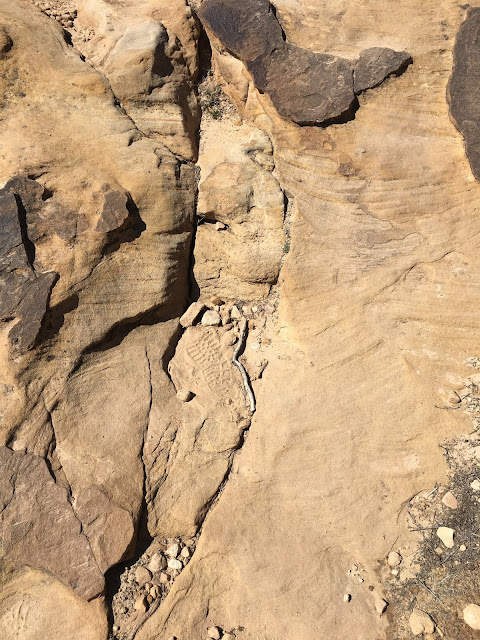 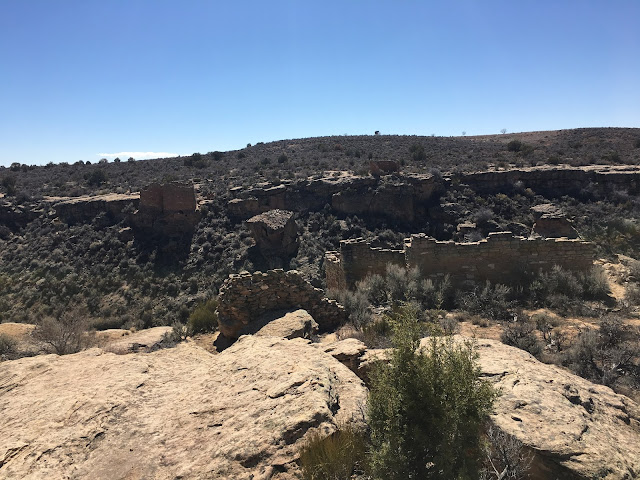 The Dakota Sandstone was so sturdy, that the ancestral Puebloans used it as the building stone for all of their buildings in Hovenweep. Below the Dakota Sandstone is the other rock unit within the park, the Burro Canyon Formation. The Burro Canyon is also early Cretaceous in age and is made up of conglomerates, shale, mudstones, and sandstones, all deposited within river and floodplain environments. 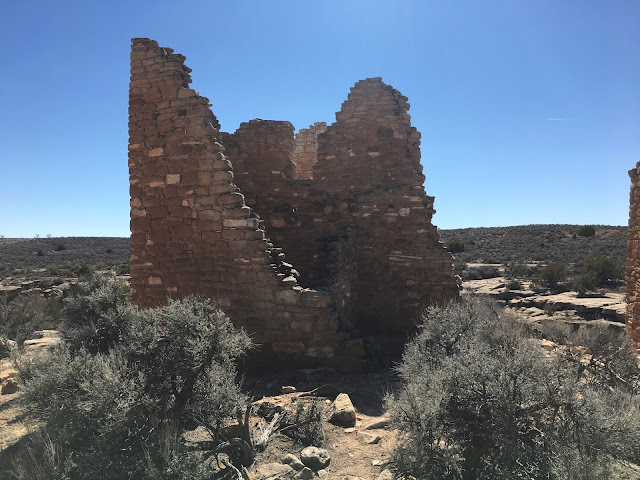 Here is part of the Hovenweep Castle, showing of the Dakota Sandstone building blocks. 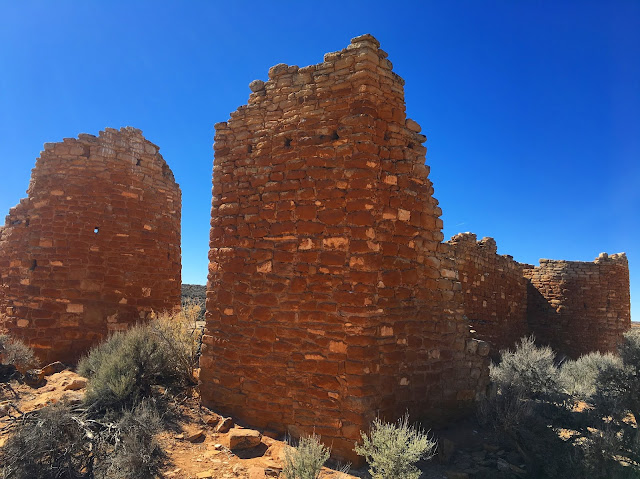 Another part of the Hovenweep Castle from a different angle. 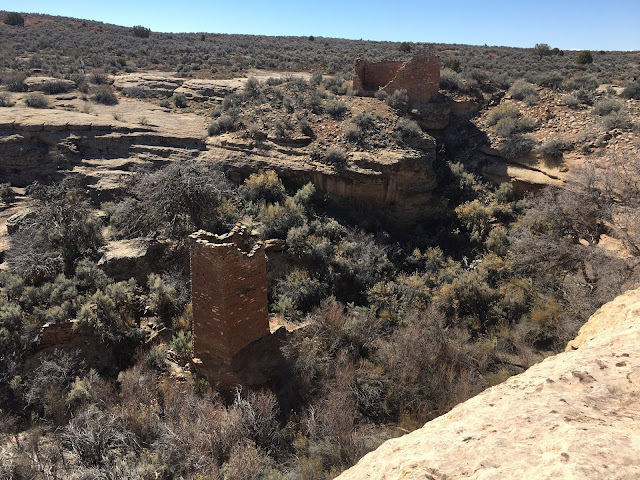 Here is a view down into the canyon, looking at the Square Tower. The Dakota Sandstone is a rather porous sandstone and therefore rain water has a tendency to soak up into it. The underlying Burro Canyon Formation, however, is impermeable and therefore the water will not go through the Burro Canyon and flows off the top of it. The result is a series of springs and seeps along the canyon walls next to the buildings, which is likely the reason that the ancestral Puebloans settled here in the first place. 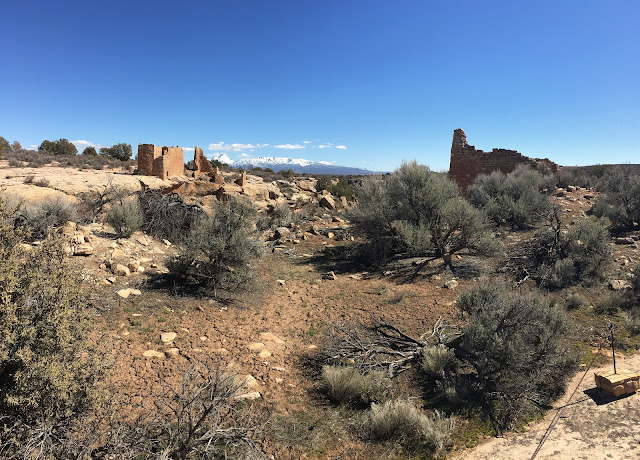 View up the canyon from the far end of the trail loop.

View across the canyon of the Castle. 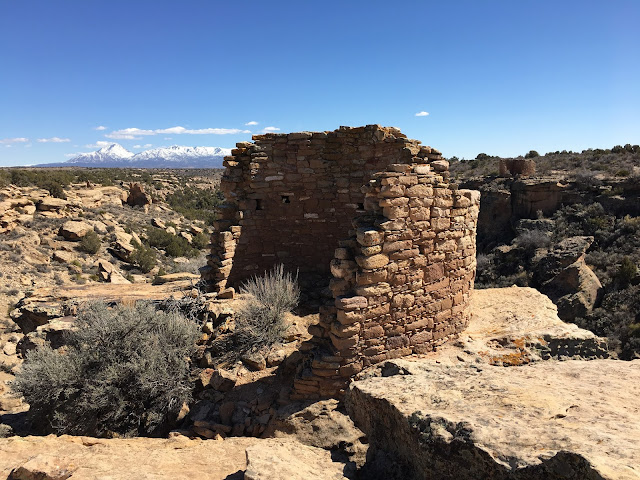 One of the other structures, Tower Point I believe. 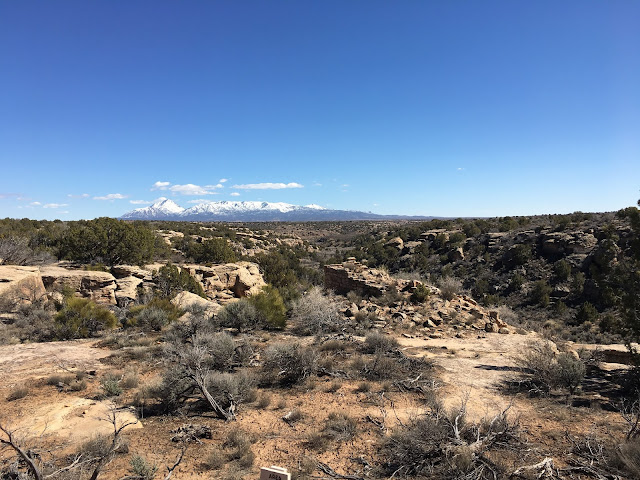 Another view of the canyon from the end.