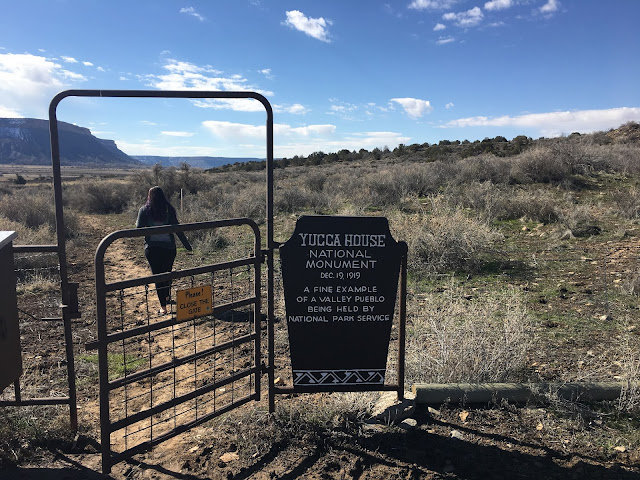 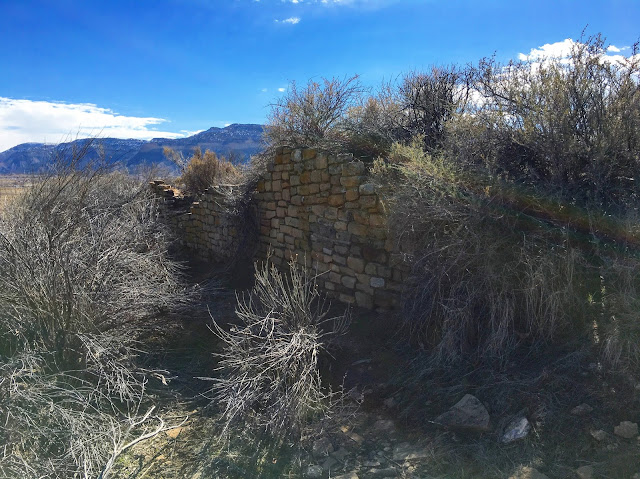 Yucca House NM preserves several ancestral Puebloan structures that generally haven't been excavated. This means that most of the structures remain hidden from view under mounds of dirt. In a geological sense, Yucca House NM resides within the Colorado Plateau in the high desert. Making water an extremely scarce commodity, as it was for several other ancestral Puebloan communities,  like the nearby Hovenweep NM. 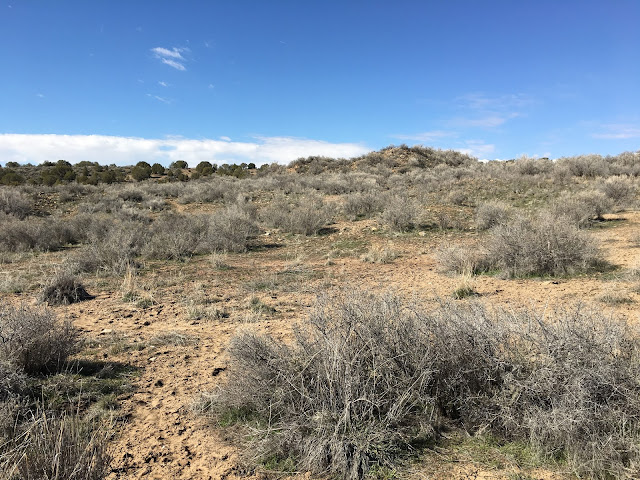 The preserved pueblos are mostly identified as mounds within the park. Here here is a look at the much larger building towards the western part of the park. 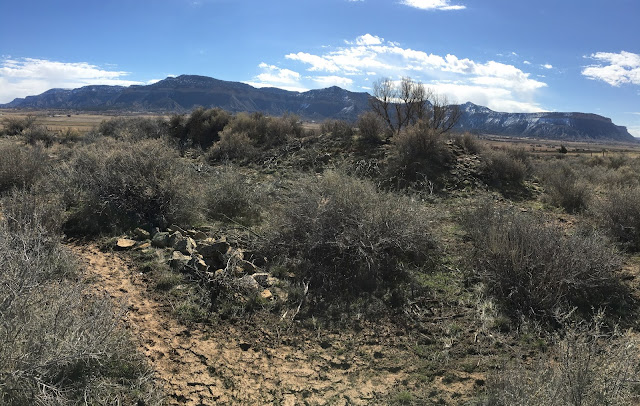 The name "Yucca House" is an updated name of the monument. It was initially known as "Aztec Spring", however since the Aztec people of Mexico were known to have not built this site, it was decided to change the name. The name was changed in reference to Sleeping Ute Mountain, which you can see in the distance shot above to the east of the park. The Utes refer to the mountain as the "mountain with lots of yucca growing on it", hence the park's name being changed to "Yucca House", despite not having any yucca within the park grounds. 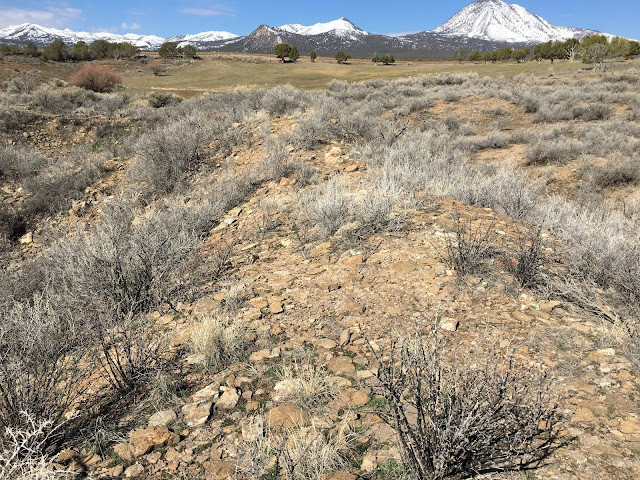 The most obvious geological feature within the park are the building stones. These rocks can be found throughout the grounds of the park and were the source of the pueblo building structures. Likely many of the rocks in the park currently were previous building blocks that had since been scattered by erosion, building degradation, and possible human activity. The only bedrock that is present within Yucca House is the Juana Lopez Member of the Mancos Shale. These were deposited during the Late Cretaceous (~90 million years ago) within the Western Interior Seaway. The Western Interior Seaway was a major body of water that essentially broke North America into two parts, the western and eastern sections with a Mediterranean type body of water splitting them. 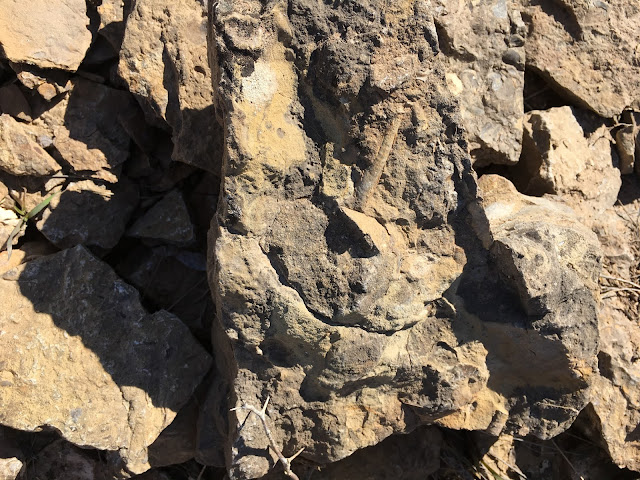 The rocks of the Juana Lopez Member are generally calcareous shales with some hard calcarenite layers. The harder calcarenite, a type of limestone, beds preserve a rich assemblage of fossils as well, including bivalves and ammonites. Within the rocks here are several bivalves (such as clams and gastropods). 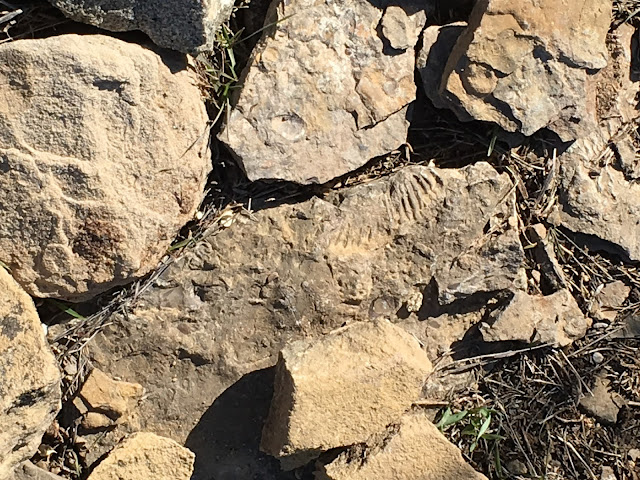 And here you can see the edge of an ammonite (the ribbed feature in the center of the picture), which is a relative to modern day squids that had a spiraled shell.