Geology of the National Parks Through Pictures - Timpanogos Cave NM

My next post about the Geology of the National Parks Through Pictures was yet another one long ago. The closest park to our home and we had visited it twice in 2008 and 2009. Will need to go back at some point and grab a real entrance sign shot.

Timpanogos Cave National Monument
Timpanogos Cave is easily the closest National Park to our home, within an hours drive, and so was the first one we visited when we moved out here. We will have to hit it up again at some point so I can get a clearer entrance sign shot since the one I have really isn't the entrance sign. 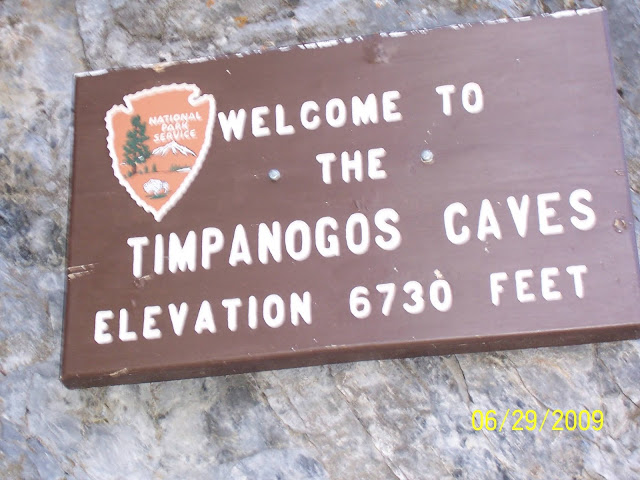 Here's the entrance I currently have, hopefully to be updated at some point since this one is actually located within the park at the entrance to the cave. 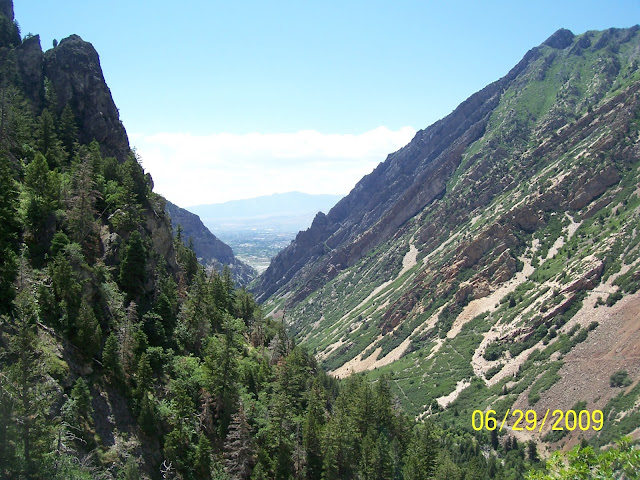 Timpanogos Cave is located within the Wasatch Mountains. It is quite a hike to get up to the cave entrance from the visitor's center and most of it is uphill, although along a paved trail. When you get up high enough you actually have quite splendid views into the Provo Valley. 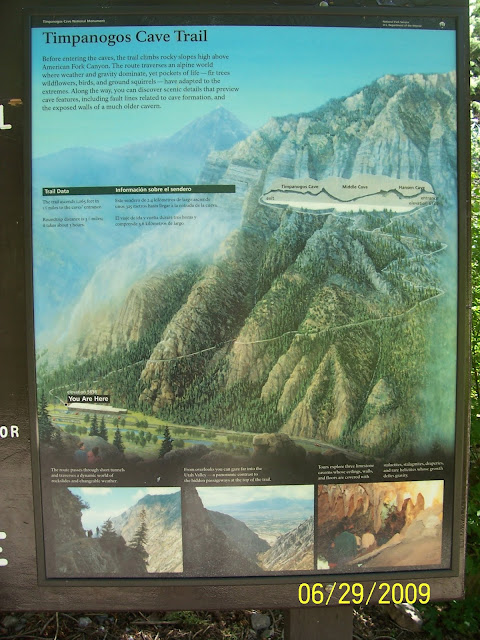 From the Visitor's Center, the trail climbs up over 1,000 feet and passes through several rock formations along the way. 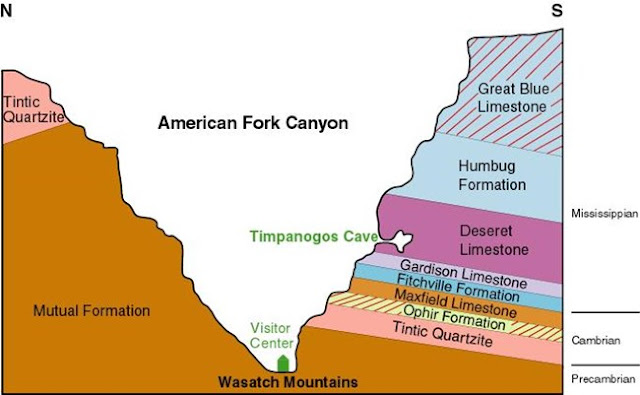 Here is an artists rendering of the formations that you walk by, or through, along the trail up to the caves located within the Deseret Limestone. I will have to keep a better track of the specific formations that I photographed next time the I go. Image courtesy of the NPS. 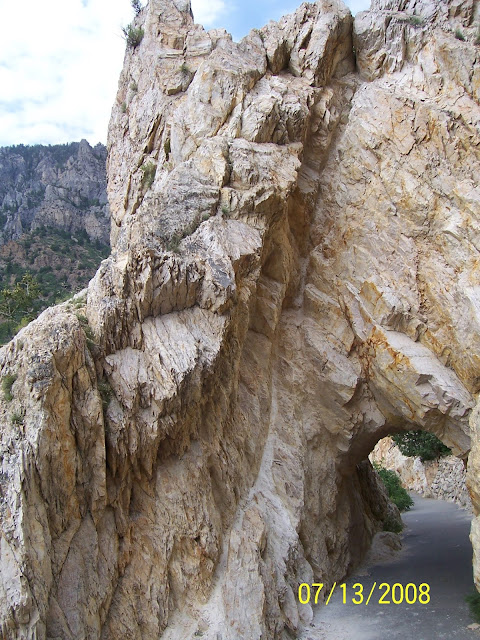 Here is a man-made tunnel going through the rocks. Without a better picture, or returning to the park to verify, I'd say this is the Tintic Quartzite. This is based on coloration of the rocks and some other online sources. Limestone has a tendency to be slightly to very grey, while quartzite is often whiter. There is also a fault here, running right through the rock on the left side of the tunnel. 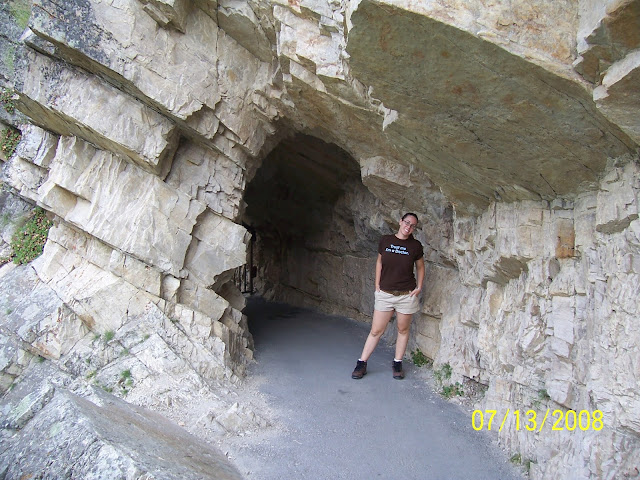 I'd say this is likely the same Tintic Quartzite with another man-made tunnel carved out of it. The quartzite formed from sand located at the edge of a shallow sea 540 million years ago at the start of the Cambrian. Over time that sand was cemented together to form a sandstone and eventually metamorphosed under heat and pressure, melting the sand grains together, forming the quartzite. River pebbles are often composed of quartzite because quartzite is a very, very strong and durable rock. 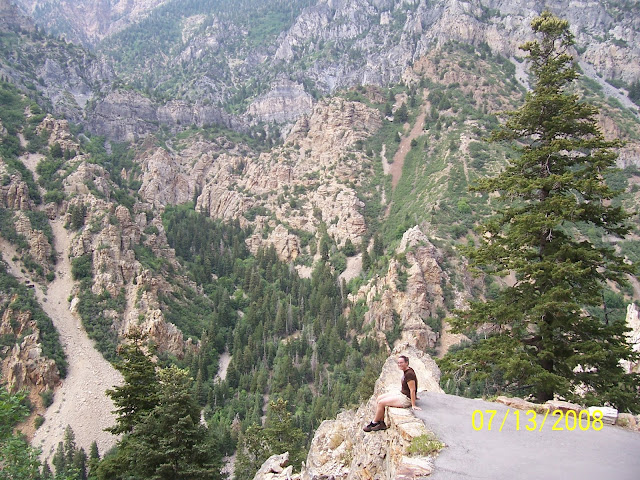 View over looking the American Fork Canyon, which is where the cave sits. Most of the rocks in the lower portion of the photo appear to be Tintic Quartzite, while you can see some of the grey limestones further up the canyon walls. 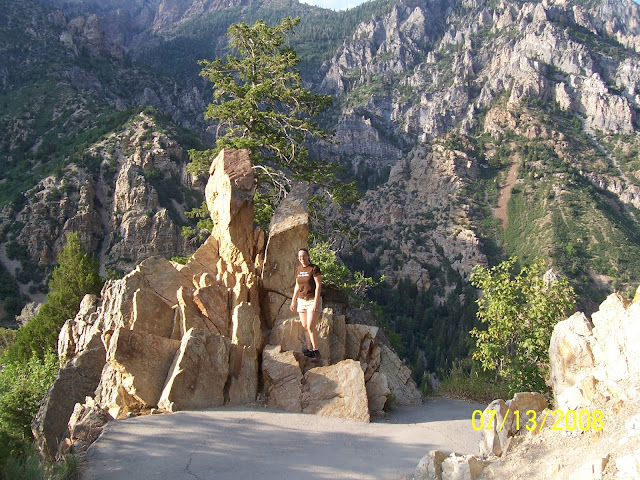 Another piece of the Tintic Quartzite along the trail. 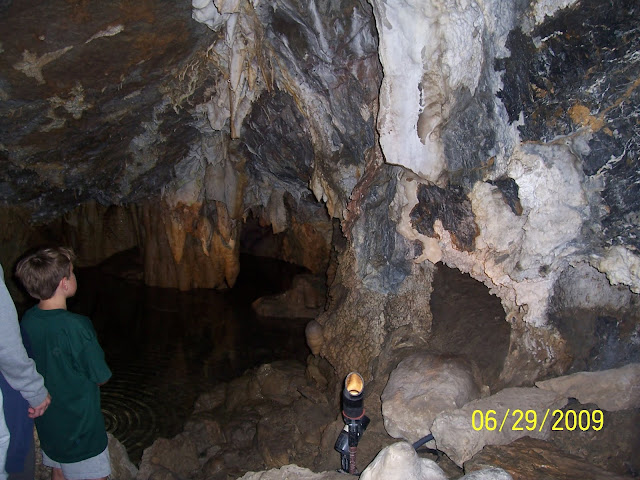 The cave itself is located within the Deseret Limestone. The Deseret Limestone was initially deposited within a large sea 340 million years ago during the Mississippian Period, and is composed of the animals that used to live in that sea. During this time Utah was located much closer to the equator, allowing for warmer climate animals and formations to occur, such as carbonate deposits. Limestone is made up of mainly two minerals, calcite and dolomite. Calcite (CaCo3) is calcium carbonate, while dolomite (CaMg)CO3)2) is similar to calcite except that it has magnesium wedged into the structure. This actually makes it harder for dolomite to dissolve, but not impossible, as we can see here since the Deseret Limestone is composed primarily of dolomite. There are also some fossils located within the Deseret Limestone, like corals, however I didn't see any while I was there.

The way traditional limestone caves form, is from the slow dissolution of the limestone by groundwater or underwater streams. Groundwater is naturally slightly acidic from the mixture of carbon dioxide with the water, forming carbonic acid. This acid dissolves the calcite and dolomite very easily, especially compared to other minerals, and so as the water moves through the limestone some of it is slowly dissolved over time. Then as the water drips off upper parts of the newly formed cave, some of that dissolved calcite is left behind. This creates the cave formations that caves are so famous for. This type of rock is known as travertine, a type of limestone. 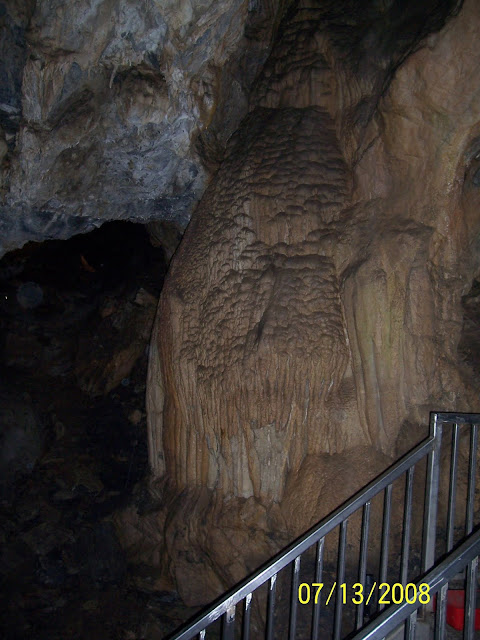 When the water is able to flow down the sides of the cave walls, or along large cave formations, this creates what is known as "flowstone" as seen here. All of these different cave formations are all created by the same minerals, just by differing processes. 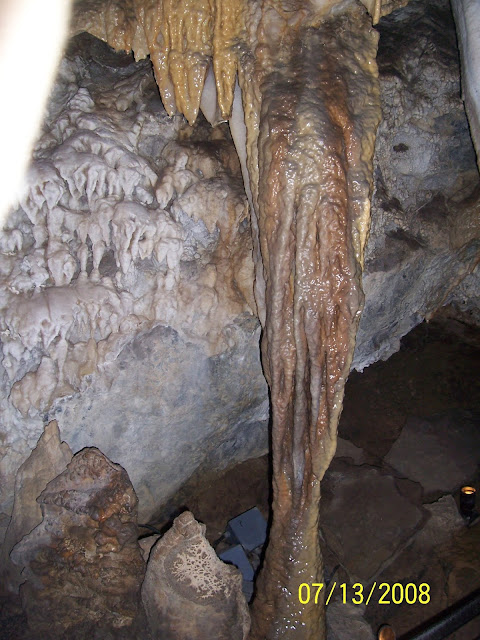 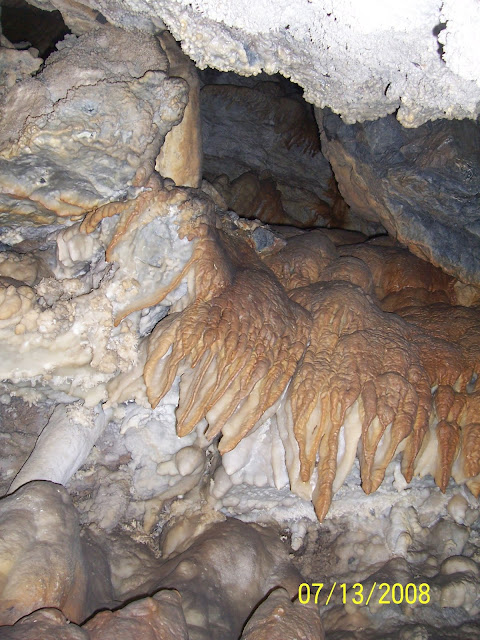 Here is a view of some stalactites flowing down from some flowstone further up. This type of formation is also sometimes known as "cave bacon" because of the crinkled and folded way that it forms makes it look like bacon. 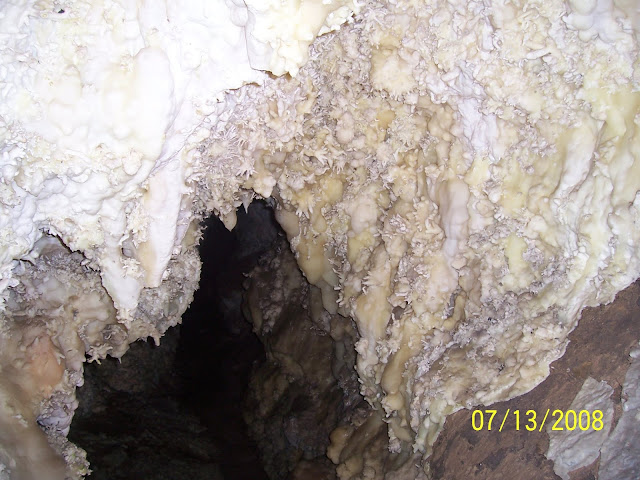 Here are some of the more delicate cave formations in Timpanogos Cave, like soda straws and helictites, which are small spiral shaped formations. 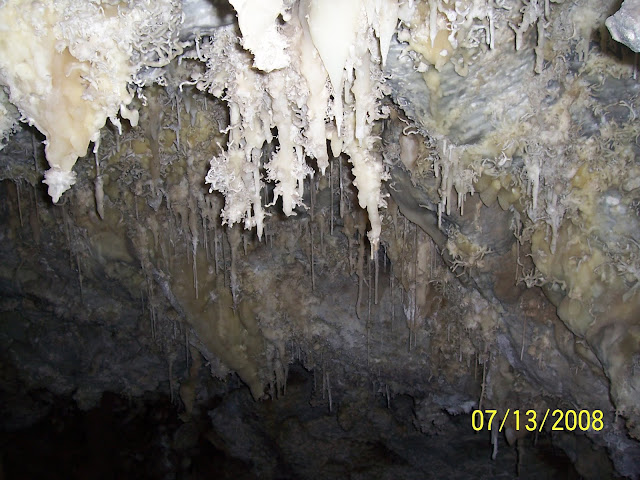 Some more soda straws and helictites. The soda straws are the formations that look like, well, soda straws. They are the precursors to stalactites, which will eventually be built up into the traditional conical cave formation.