Puʻuhonua o Hōnaunau National Historical Park sits on the western wide of the Big Island of Hawaii, and is therefore isolated from the ongoing volcanic eruptions from Kilauea. The lava flows located here are from the Mauna Loa volcano and date from 1,500 to 750 years ago. The lava flow is named the Kau Basalt and is basaltic in composition (meaning they have essentially no silica (quartz) content). For the more geological minded the basalt flow consists of  tholeiitic basalt, olivine tholeiitic basalt, and picritic tholeiitic basalt. 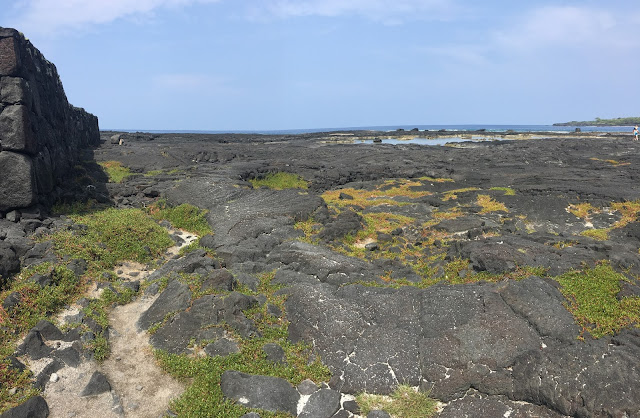 The shoreline at the park varies with the majority of the buildings being located adjacent to a basalt shore platform with tidal pools a plenty. Tidal pools are areas that are generally sheltered from the waves and replenished with fresh water during high tide. The sheltering allows for tidal animals to flourish, such as corals, sea anemones, starfish, and other marine organisms, while the tides provides a fresh source of food for the tidal pool inhabitants. 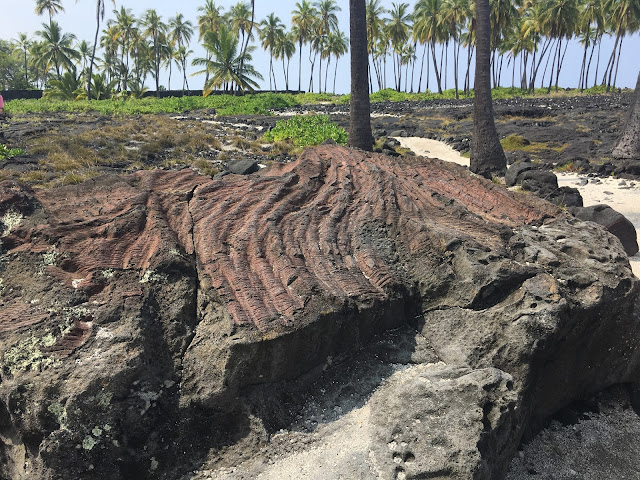 The lava flows associated with the Kua Basalt are typically pahoehoe in structure. This means they are generally smooth and have a ropey texture. The alternative is the a'a lava, which is much courser, blocky, and has a sharp surface. The ropey texture of the pahoehoe lava can be seen really well in many of the surface features, such as here. 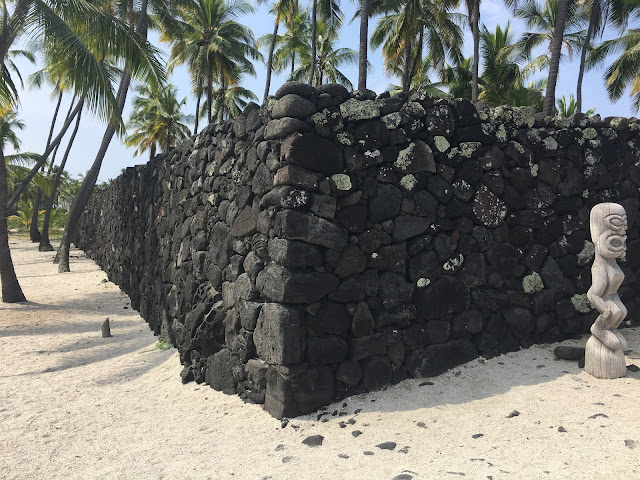 The lava flows are so prevalent within the island, that they are the primary building stone. Here the basaltic lava flows were carved into building blocks to construct what is known as The Great Wall, behind which would be the Pu'uhonua, otherwise known as the Place of Refuge. 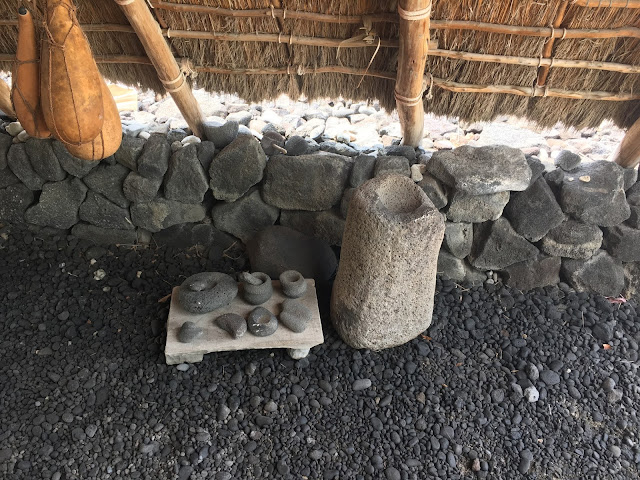 Rocks abound in this region, being used not only for building materials but also as tools. Here are the remains some of the mortar and pestles. 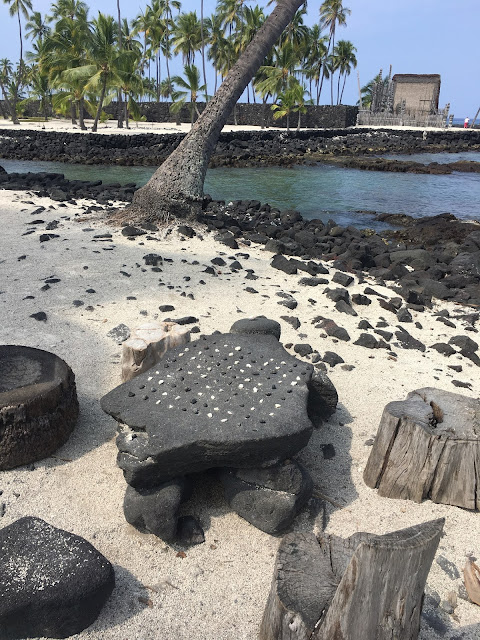 The volcanic rocks are also used for game boards. Here is a game using dark and light colored pebbles, which are placed on a basaltic block. The block has divots carved into it is used for a game known as Konane. 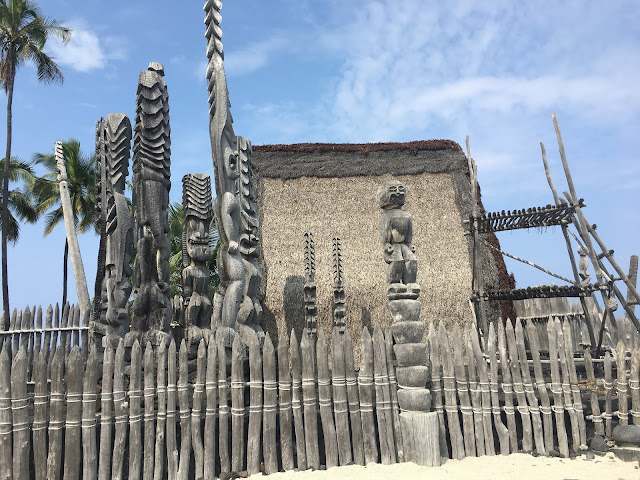 A little less geological, but important nonetheless, is the Hale o Keawe heiau, which is the only recreation of a hale poki (consecrated house) on the Big Island. Heiaus served as royal mausoleums and temples, with the Hale o Keawe built for Keawe-i-kekahi-aliʻi-o-ka-moku in ~1700 CE. It was eventually torn down in the mid 1800's by Queen Kaʻahumanu. In the 1900's, efforts by the NPS recreated the heiau as closely as possible based on historic accounts, drawings, and other available information.
References
https://pubs.usgs.gov/of/2008/1192/of2008-1192.pdf
https://www.nps.gov/parkhistory/online_books/kona/history9n.htm
Posted by Jim L. at 12:26 PM