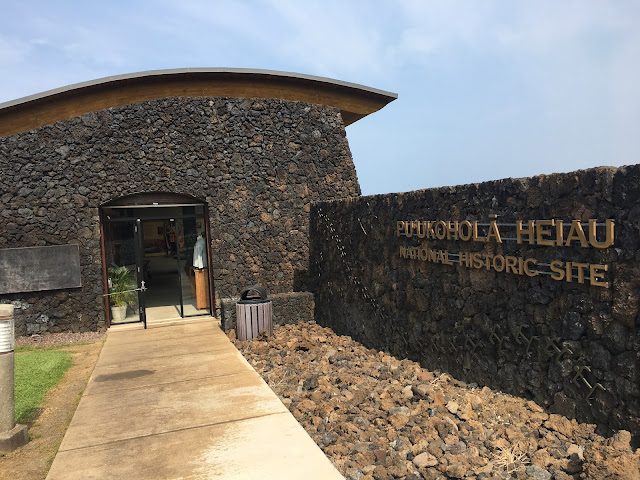 For the other National Parks on the Big Island, the entrance sign pictures I had taken had mostly been lost to storage issues, but luckily I still had this one. This one also includes the local volcanic basalt building stones. 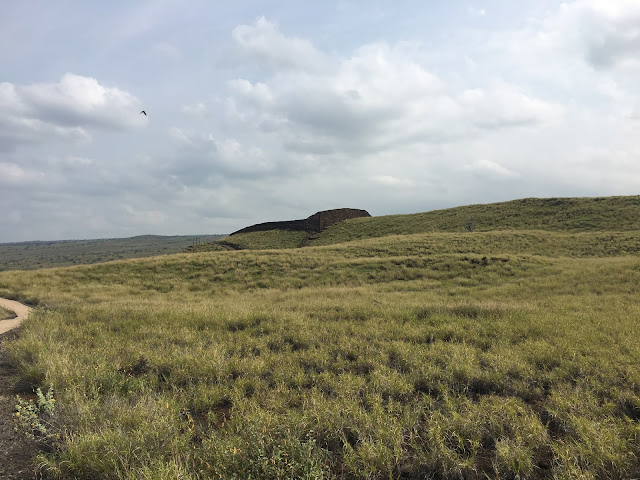 Within the picture above is the Pu`ukoholā Heiau, the largest restored heiau in Hawaii. Heaiu's are sacred temples for the Hawaiian people, and the Pu`ukoholā Heiau was built from 1790 to 1791 by Kamehameha the Great to fulfill a prophecy that if he were to build a temple here and dedicate it to the family's war god Kuka'ilimoku, that he would be able to conquer all of the Hawaiian islands and unite them. 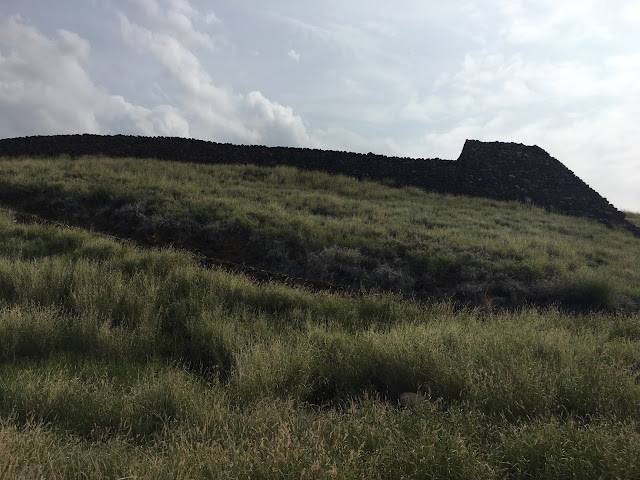 Pu`ukoholā Heiau sits at the crossroads of two volcanoes. Lava flows from both Mauna Kea and Kohala overlap within the park. The hill that the heiau sits upon is called Pu`ukoholā, which translates to "the hill of the whale", and is thought to be formed by lava flows from Mauna Kea. There is also the possibility that the raised hill itself is formed by a lava dome. Even though the temple sits upon Mauna Kea lava flows, it is thought that the rocks used to build the temple were transported from as far away as the Pololū Valley on the north flank of Kohala Mountain. Human chains were made 30 km long to transport the rocks from the valley to here. These basaltic rocks, formed from the lava flows of Kohala Mountain, are some of the oldest lava flows on the island, dating to 700,000 years old. 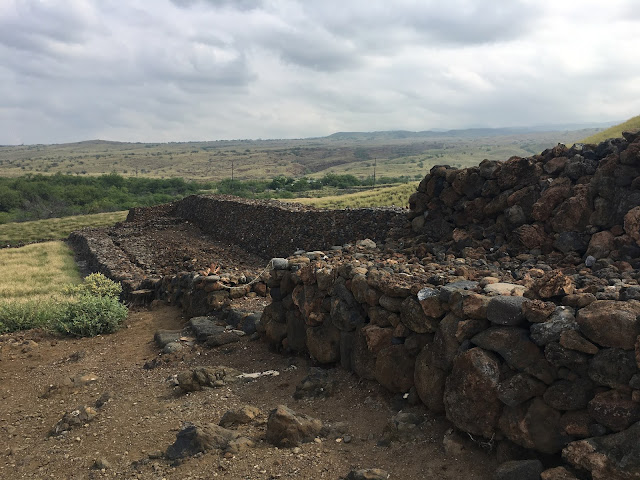 Within the park there are two other heiaus as well. The one directly below Pu`ukoholā is the Mailekini Heiau. Here the same rocks were used to construct the temple. Within all of the temples though, the use of mortar was not used, creating structures that were temporary and would eventually decay with time. 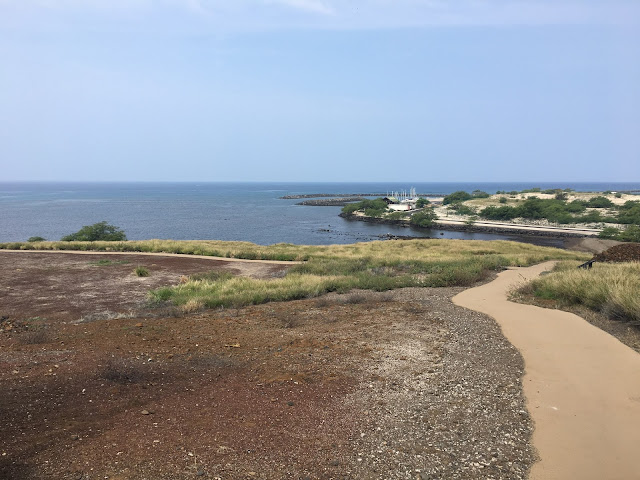 The third heiau on the site is actually no longer visible. It is the Hale o Kapuni Heiau located just off shore directly ahead. You can see some of the stones sticking out of the water within the harbor.

Shot of the Mailekini Heiau with the larger Pu`ukoholā Heiau sitting higher up on the hill behind it.

View of the harbor with the Hale o Kapuni Heiau sticking out of the water surface.