Kaloko-Honokōhau National Historical Park protects the native Hawaiian fishponds along the coast as well as other native features that come with living within the lava flow fields in this region of the Big Island. There are three different dates of lava flows represented within the park, all from the Hualālai Volcano, a volcano that is still considered active. Directly surrounding the visitor center is the youngest lava flows within the park. These, seen here, are dated from 1,500 to 3,000 years old. 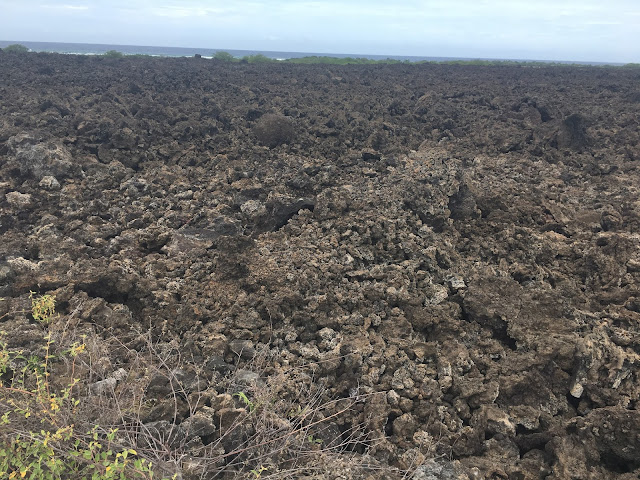 These basaltic lava flows are all generally 'a'a in structure. The two main types of lava flow types are 'a'a and pahoehoe. Although the same in chemical composition, during eruption of the lava there are two main types of lava that can be produced with different physical characteristics. Basaltic 'a'a lava flows, as seen here, are blocky and have sharp surfaces. They are named for the sounds people utter when walking on them barefoot. 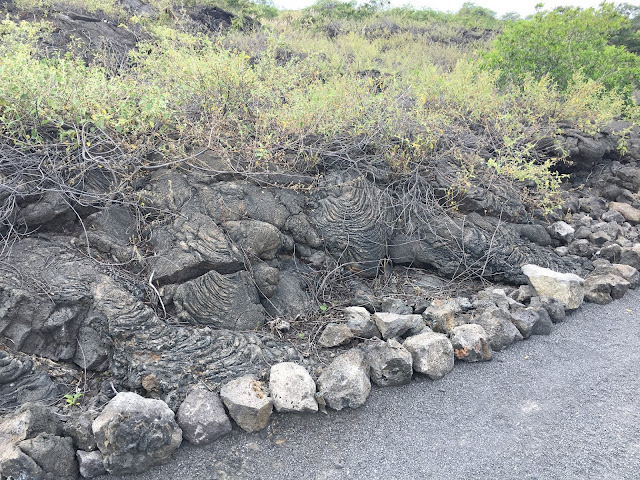 The other type of lava flow, seen here, is pahoehoe. Pahoehoe is a smoother lava flow that often forms a ropelike texture on the surface. Of the three main ages of lava flows within the park, this here is the second oldest lava flow, dated from 3,000 to 5,000 years old. Over time the lava flows stack upon each other. Here you can see the youngest lava flows (1,500-3,000 yo) lying on top of the second youngest lava flows (3,000 - 5,000 yo). Within the park you can also catch faint glimpses of small lava tubes (seen here in the older lava flow towards the middle of the photo) that have slowly collapsed over time. Lava tubes are formed from quickly flowing lava that crusts over by the cooling action of the air. The crusted over lava streams are then insulated and able to flow longer. Once the lava source is cut off, the lava in the tube flows out, leaving behind a basaltic lined pipe, aka a lava tube.

The oldest lava flows within the park are located along the coast and date from 5,000 to 10,000 years old. These generally consist of basaltic lava, which are pahoehoe in structure. The lava flows also created tidal pools along the coast, allowing for the native Hawaiians to build their fishponds, such as the ‘Ai‘ōpio fishtrap seen here along the shore. The rock piles were likely created using the younger 'a'a lava flows, since the older lava flows are generally below the coastal sediments. 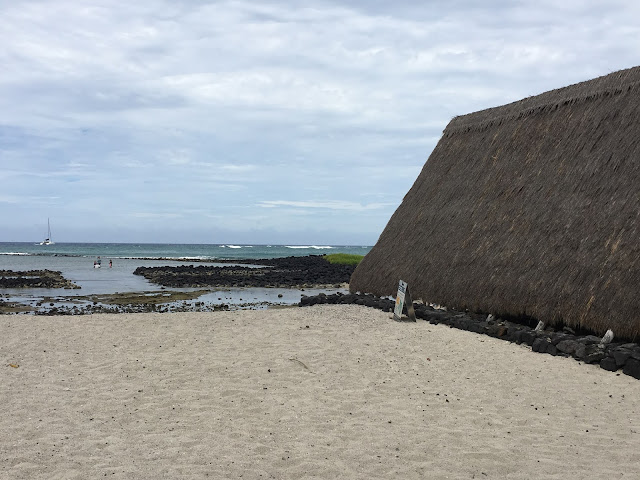 Here is a recreation of a native hālaus, a long house, along the beach shore nearby to the fishponds. 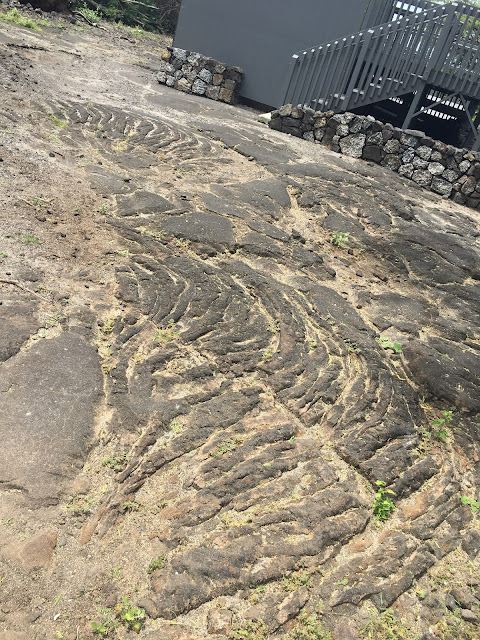 The trail along the shore contains many of the parks oldest lava flows (5,000 - 10,000 yo) pahoehoe structures standing out in sharp contrast thanks to the sand filling in the gaps between the ropey strands. 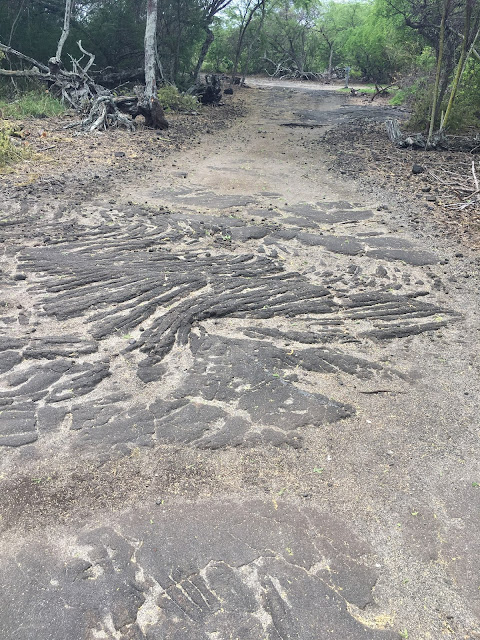 Some more of the pahoehoe ropey structures along the shoreline trail.
References
http://npshistory.com/publications/kaho/nrr-2011-384.pdf
Posted by Jim L. at 1:36 PM