Here's a random geology picture that I came across on my phone from 2016. It is of Dinosaur National Monument from an airplane as I was flying over. From this angle you can really see the structure of the whole park with a great view of Split Mountain, the mountain in the middle of the photo. 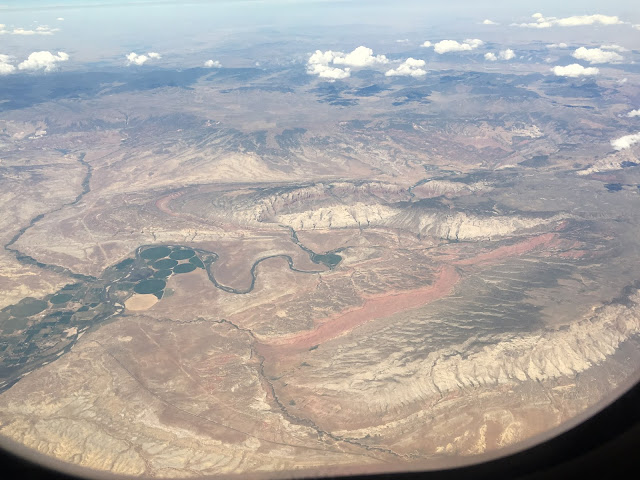 Split Mountain is a geological structure known as a "plunging anticline". An anticline is when you fold the rocks into an "A" like shape (imagine bending a book with the outside edges bent downwards). Looking at the surface of the Earth with an anticline, the oldest rocks are in the center of the fold and the rocks progressively get younger in complimentary strips moving outward from the central fold axis. In the image below, C is older than B is older than A.
If you were to think of an anticline fold as something like a jelly roll, then you tipped that whole thing into the the Earth, you would produce what is called a "Plunging Anticline". Here the youngest rocks go from oldest to youngest along the direction of the plunge.

Here D is the oldest on the surface with C, B, and A all progressively getting younger in the direction of the fold. (Same colors and letters as in the anticline photo.) 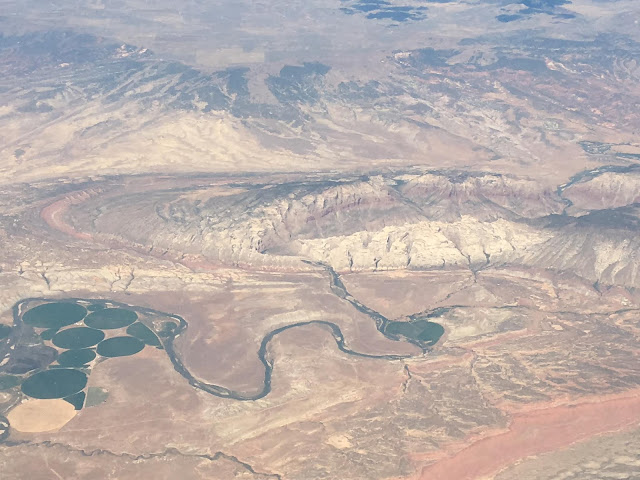 In Dinosaur National Monument, the plunging anticline is here running left to right (west to east) and is plunging towards the left (west). If we look at a geological map of the area, the ages of the rock units will be able to confirm that with. In this instance the oldest rocks should be on the right (eastern and upper) part of the plunge and the youngest rocks on the left (western and lower) part of the plunge.

Although it is hard to tell, the labels have two parts. The first 1 or 2 letters stands for the age of the rock unit. Here is also a better geological map of Dinosaur National Monument. The above order that I wrote them in is the order they appear in from right to left, and if you look at the geologic timescale below you can see that the Mississippian is the oldest in that list (~325 million years old (Ma)) to the Cretaceous, which is the youngest in the series that I listed (~66 Ma). 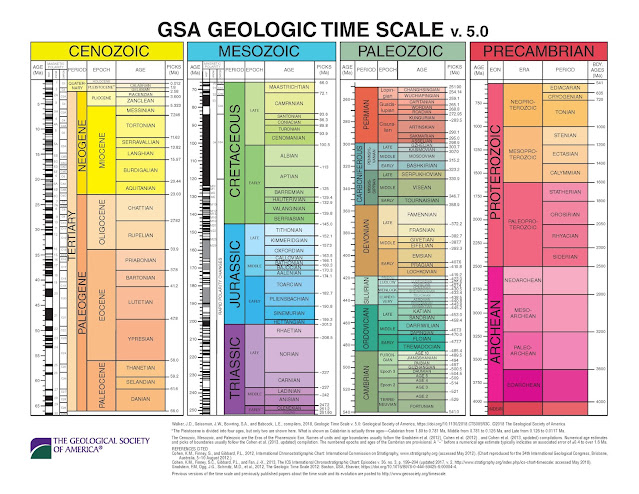 So, as I was saying, the aerial photo here is a great view of Split Mountain at Dinosaur National Monument, which also happens to be a plunging anticline.
Posted by Jim L. at 12:42 PM