Just outside of Moab, UT, lies a State Park with fantastic overlooks and great geology. We stopped at Dead Horse Point State Park on our way to Canyonlands National Park back in March of 2019. The two parks are pretty close to each other and we had heard good things about the state park. And we were not disappointed. 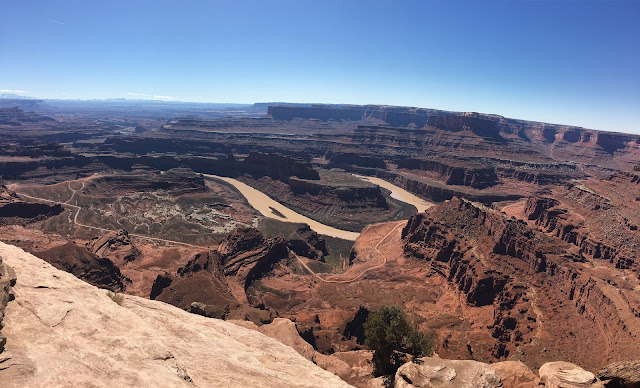 The name of Dead Horse Point comes from a legend where cowboys would fence off wild mustang horses along the overlook, taking what horses they wanted and leaving the horses they didn't penned up to die of thirst. But despite the grizzly imagery, this is a beautiful location. 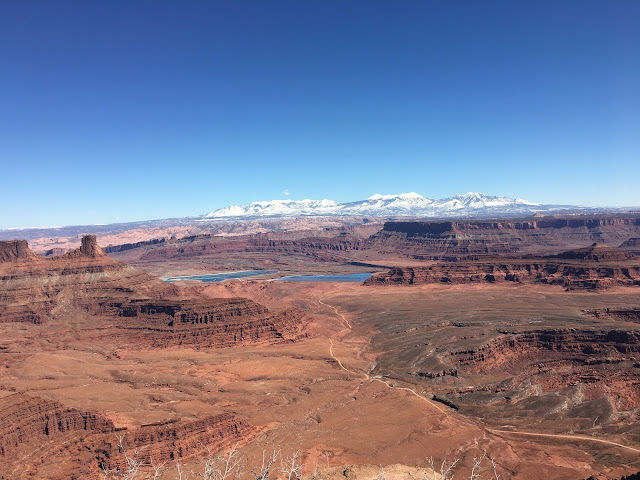 Off in the distance to the east of the Point are some Solar Evaporation Ponds. These are rather striking in the sea of reds and browns that I'm glad they had an interpretive sign to help understand what you are looking at. 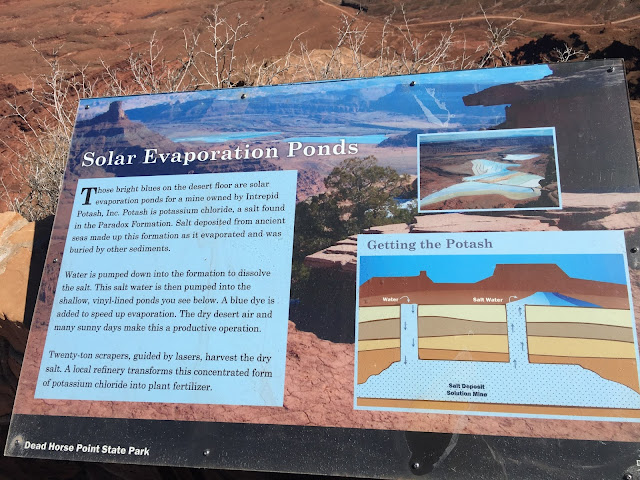 Description of the salt deposits being mined.
This entire area is part of the Colorado Plateau and is the reason that we have the Colorado River formed within the canyons as you can see here. Over 10 million years ago the Colorado River was flowing along a gently sloped floodplain, being allowed to meander as it needed to. Then the area was forced upwards. This occurred when the Farallon Plate, a large plate that was subducted below North America off the western coast of the the US, began to push upwards on the region. As the region was forced upward, the rivers that were formally allowed to meander naturally, started to erode downwards into the underlying bedrock. This downward erosion locked the rivers in place, creating a feature known as an entrenched meander. Besides just here, you can see this feature all over the Colorado Plateau including at the Grand Canyon National Park, Natural Bridges National Monument, and Goosenecks State Park.
Posted by Jim L. at 9:48 AM