My next series of posts about the Geology of the National Parks Through Pictures is for a set a parks we visited in 2018 while visiting Chattanooga for my wife's Ironman race. We hit up two parks that spread across three states. The first park in Alabama, Russell Cave NM I did earlier. Now I'm getting back to the other park. 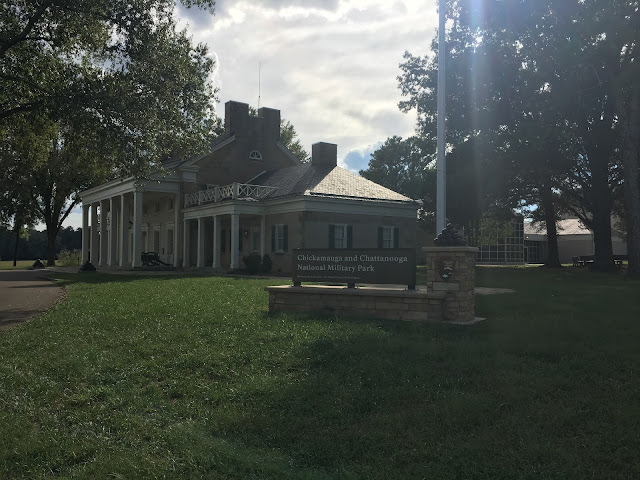 The entrance sign for the Georgia part of the park. Much more laid out and rolling fields than the steep mountainous Point Park. The park preserves the battle field from the Battle of Chickamauga during the the Civil War in the summer of 1863. 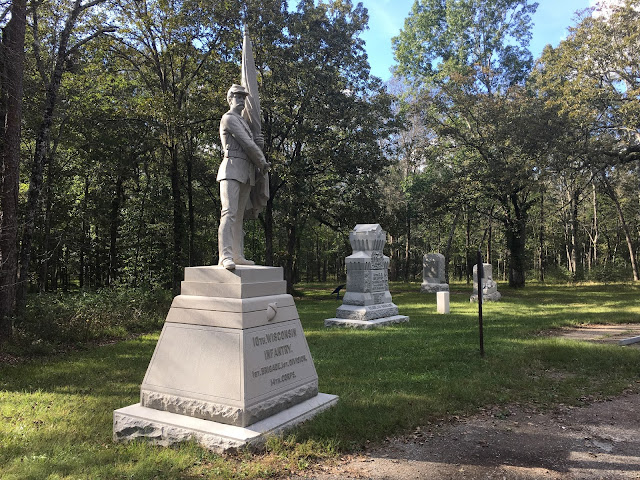 Although battle fields typically don't have much in the way of geology, they are really just fields in most instances, the monuments that get erected there are often built from the building stones from the monument's home states. Unfortunately, more often than not, the building stones are just listed as "granite" or "marble" with no indication of where they came from. That is the case here where we have several monuments, including the 10th Wisconsin Infantry right up front here, identified as being built of granite but no idea where it came from.

Overview of Glenn Field with Wilder Brigade Monument in the distance on the left. The fields in which the battle took place are the counterparts to the Lookout Mountains to the west. This is the "valley" portion of the Ridge and Valley Province of the Appalachian Mountains, which is a series of linear NE-SW trending synclines (rocks bent like a "U") and anticlines (rocks bent like an "A"). These rocks were folded during the mountain building event (orogeny) called the Alleghenian Orogeny. This is when North America slammed into Africa around 300 million years ago (Late Pennsylvanian to Early Permian) making North America crumple up, forming part of the Appalachian Mountains. The rocks in the region are mostly made up of limestones and shales, however there are significant amounts of sandstone in the area as well. This particular valley, known as Chickamauga Valley, contain Cambrian to Ordovician age limestones and dolostones along the valley floors. 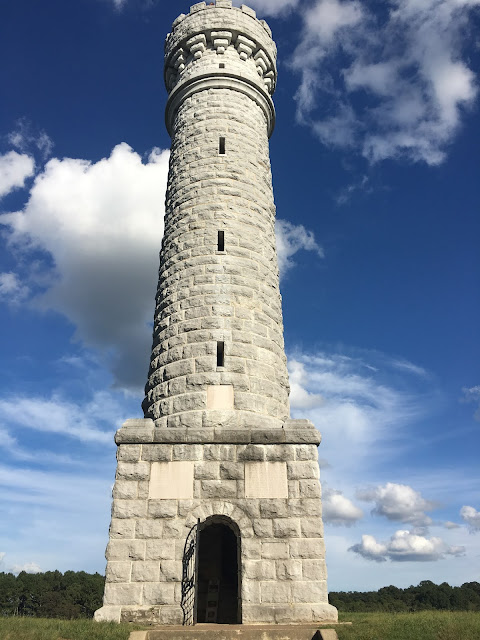 Close up of the Wilder Brigade Monument. This particular monument had been roughly hewn out of Chickamauga Limestone. The Chickamauga Limestone, sometimes called the Chickamauga Group or Supergroup is Middle to Late Ordovician in age (~470 to 445 million years old), and can be broken up into several individual formations. This particular limestone can be found locally in northwestern Georgia, as well as northern Alabama, eastern Tennessee, and southwestern Virginia. 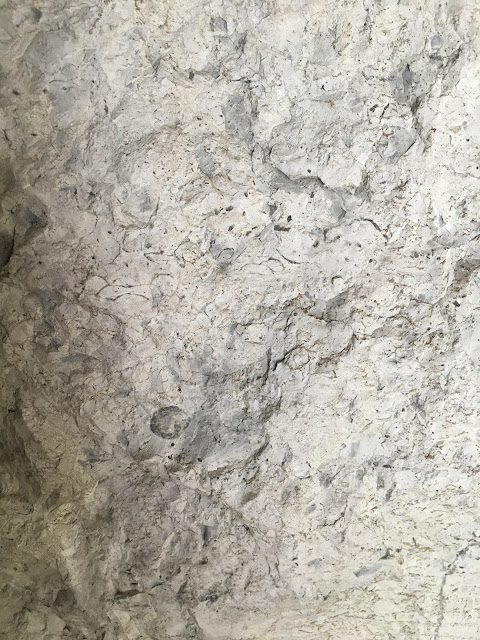 The Chickamauga Limestone is light- to dark-grey, cryptocrystalline to coarsely crystalline limestone, which was deposited in deep marine water. And although it is mostly crystalline, there are some fossils including graptolites, brachipods, and conodonts. Most notably were a variety of crescent shaped structures which are likely the edges of brachiopods (as seen in the picture above).

View of Glenn Field from the top of Wilder Brigade Monument. 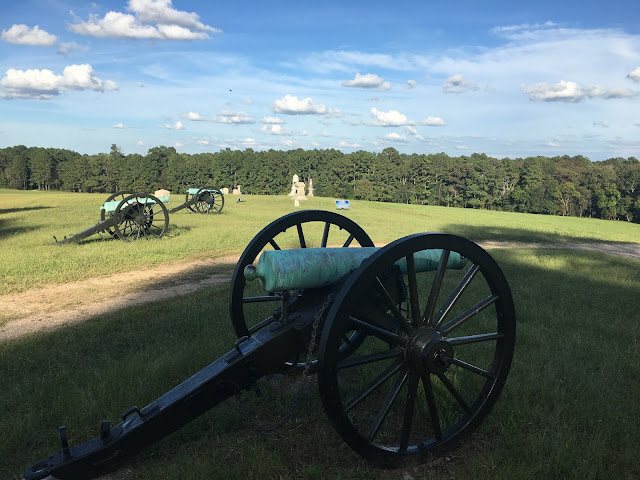 Some nice canon placement shots across the valley floor. 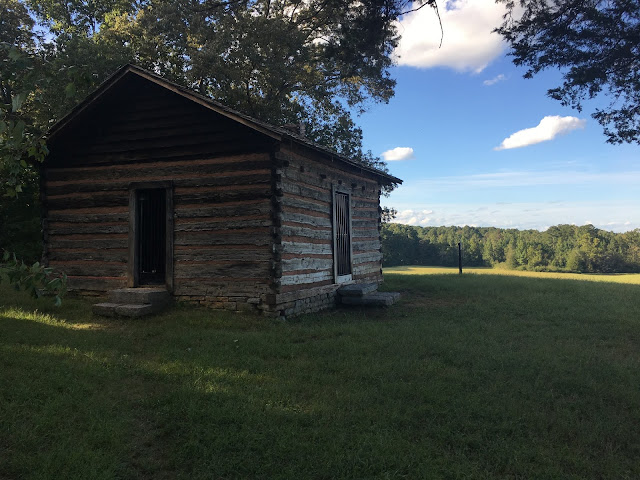 View of the Snodgrass house, where people once lived during the battle that took place here.
References
https://georgiainfo.galileo.usg.edu/topics/geography/article/physiographic-districts/chickamauga-valley-district
https://ngmdb.usgs.gov/Geolex/UnitRefs/ChickamaugaRefs_1036.html
https://npgallery.nps.gov/GetAsset/c999de83-4d59-4d60-bffe-1d11aff956e7/
https://www.nps.gov/parkhistory/online_books/chch/hrs/chapter2.pdf
http://npshistory.com/publications/chch/adhi.pdf
Posted by Jim L. at 8:47 AM